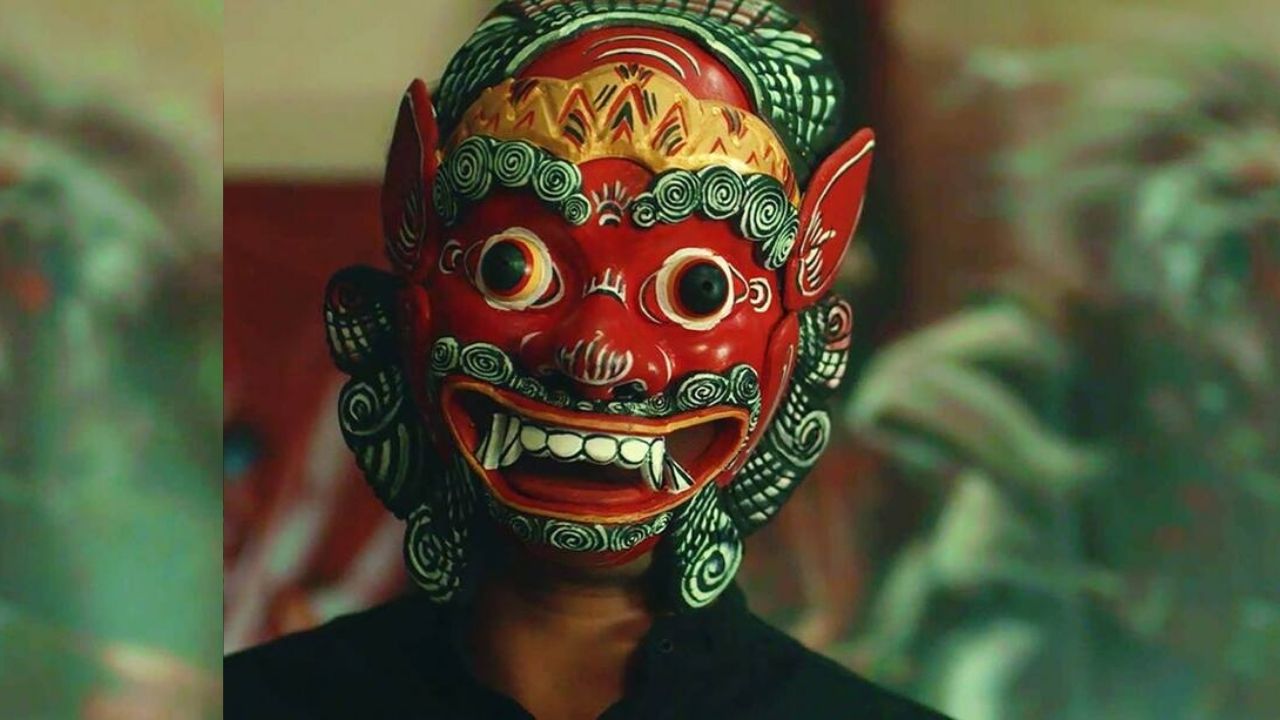 Action web series are always interesting to watch. The clash between the hero and the villain makes it worth watching. There are many such web shows available on several online streaming platforms. The Indian entertainment to has a bunch of action web series that is amazing. The content has grown up a lot in the past few years. As a result, now the internet has lots of amazing collections of Indian action web series.

The creators are using their best efforts to come up with unique and excellent content and story so that they can grab viewers’ attention towards it. Apart from it, during the pandemic period, people were staying at home and most of the time they used to pass time by watching movies. It often seems interesting to watch shows or films of different genres. So, if you haven’t tried watching action shows then you are at the right place. Here, we have listed some of the best Indian action web series that are worth watching.

Undoubtedly, this is one of the most famous web series that has ever been released on any OTT platform. This series has a huge fan base and is considered to be the best action web series. Not only this story is amazing but the characters are mind-blowing. The roles have been acted so well that people can’t take their eyes off from the performance of Pankaj Thakur and Divyendu Sharma. Whenever we talk about Mirzapur, the name of Munna Bhaiya is bound to come. Both the seasons were extremely impressive. The story revolves around Akhanand Tripathi aka Kaleen Bhaiya, a mafia don and the temporal ruler of the Mirzapur area.

He runs an illegal trade of drugs and guns. Events in the series go smoothly until Munna Kaleen Bhaiya’s son started being jealous of the brothers who were handling his father’s business with great responsibility. This jealousy made him plan a murder plot against his father and then after the two brothers. There was a lot of tension in the family itself. This drama and action continued in season 2 as well. Along with crime, thrill, and, action, Mirzapur is all about dirty politics.
Mirzapur is starring Pankaj Tripathi, Vikrant Massey, Divyendu Sharma, Shriya Pilgaonkar, Rasika Dugal, Shweta Tripathi Sharma, and many others.

It is one of those finest shows that has ever been released on Hotstar. This action espionage web series is directed by Neeraj Pandey. There would be hardly any show that will match its scripts, cinematography, and storytelling. Special OPS tells the story of Himmat Singh, a RAW agent. It shows how he managed to get into this field when he started in 2001. The audience also saw many espionage missions that took place in the story. In the very first episode, there was a scene depicting the parliament attack of 2001.

Himmat Singh along with his five agents is on a mission to catch the mastermind behind the major attacks of the nation. Neeraj Pandey’s Special OPS has the renewal for the second season in April 2021. The series is full of action and thrill.
Special OPS is starring Kay Kay Menon, Karan Tacker, Vinay Pathak, Vipul Gupta, Gautami Kapoor, Sana Khan, Rajendra Chawla, Alok Pandey, and many others.

Available On: Disney Plus Hotstar

This Indian web series starring Emraan Hashmi was released on Netflix. It is produced under the banner of Red Chillies Entertainment, Shahrukh Khan’s production house. Originally, it is based on a book written by Bilal Siddiqui. The story is set in 2014 where Kabir Anand, an intelligence agent, is on a mission to rescue agents that are captured by the Taliban. The captured agents were secretly in Pakistan but later on, they were under the control of the Taliban.

When this piece of news reached India, three Indian spies what given the task to bring them back. The head of this rescue mission is Kabir Anand. They reach Balochistan and finally become successful. But, there is still something big to come. Bard of Blood is about the Indian agents disputing with the intelligence services of Pakistan. The overall direction part has impressed the critics.
Bard of blood is starring Emraan Hashmi, Vineet Kumar Singh, Danish Hussain, Kirti Kulhari, Jaideep Ahlawat, Sobhita Dhulipala, and Abhishekh Khan.

It is an action thriller web series that was released in 2018. The story is about Rudra Srivastava who is a senior inspector. He belongs to Uttarakhand police and is an honest officer until a kidnapping case arrives. The Uttarakhand police are lured into kidnapping Anusha, a young girl. Her mother is behind the entire plan so that she can make money while treating her daughter as the scapegoat. But this does not seem as simple as it looks.

Something happens in between that makes this plan much bigger. The main character Rudra Srivastava is accused but it is completely false. Because of the complete mess in the professional life has married life was also in danger. The entire series has lots of action along with the full package of mystery behind the kidnapped girl.
Apharan is starring Arunoday Singh, Mahie Gill, Nidhi Singh, Varun Badola, Pawan Chopra, Neha Kaul, Sanjay Batra, and Monica Choudhary.

This crime drama show is written by Imtiaz Ali. With a total of seven episodes, She is is a female-centric drama. It was released on 20th March 2020. The series about a woman constable, Bhumi. She is the only member of her family to earn the living. Constable Bhumi has to reveal a drug scandal as a part of the mission. For this, she roams around the streets of Mumbai city. Many a time she has to adapt according to the situation and get into a seductive avatar rather than wearing the uniform. She is searching for the villain, Nayak. The story is completely hypothetical and is not based on any actual or true incidents.
She is starring Aaditi Pohankar, Kishore Kumar G, Saqib Ayub, Paritosh Sand, Vijay Verma, Vishesh Sagar, Vishwas Kini, and Shivangi Rangoli.

Despite being a zombie thriller series, Betaal also has a big pack of action. After watching it, there were many mixed reactions from the audience. Many people say that it fails to stick to the story. On the other hand, for the few people, it was an average zombie series. Betaal is all about officer Tyagi, the leader of the special task force. To be more dedicated, the task force was given the name, Baaz Squad. This squad was sent to an area of Chhattisgarh.

The only mission of the officers was to make that area Naxalite free. It was because the government has decided to construct a highway, and hence, for starting this work the area has to be free from Naxals. After reaching that place officer Tyagi and Vikram Sirohi, the second in command with his deputy Ahluwalia, come to know about many truths. Betaal can be considered a mini-series as it only has 4 episodes.
Betaal is starring Vineet Kumar Singh, Suchitra Pillai, Aahana Kumra, Jitendra Joshi, Savita Bajaj, Jatin Goswami, Meenal Kapoor, Krishna Singh Bisht, Swapnil Kotriwar, Pawan Singh, Akhilesh Unnithan, and many others.

It has come up with two seasons releasing on 22nd December 2018 and it 20th December 2019. The storyline, the action events, and the crime scenes are worth watching. It makes the show listed under best Indian action web series. Rangbaaz is based can a true story of a gangster and one of the most wanted criminals of Gorakhpur, Shri Prakash Shukla. He was not a criminal from the beginning. Therefore, the series shows how he transformed into a criminal and ended up being the culprit behind many crimes.

We have many stories based on a mother-daughter relationship that is available on several online streaming platforms. But Leila is a heartwarming story that shows how strong a mother is for her child. Directed by Deepa Mehta, this web series comprises six episodes. The story is about Shalini who is trying to find her missing daughter. It is set in those times when water scarcity and climate change have taken firm roots globally.
Leila is featuring Huma Qureshi, Sanjay Suri, Rahul Khanna, Siddharth, and Arif Zakaria.

This series is an action-based show and is considered an espionage series. To date, it has two seasons and has received many nominations at Filmfare OTT awards. The lead actor Manoj Bajpayee acted his part very finely. The Family Man is the story of Srikant Tiwari, a married person with two kids. He is a senior analyst in the Threat Analysis and Surveillance Cell (fictional). At the same time, he has to investigate a terrorist attack and look after his unsettled family life. Srikant Tiwari is a middle-class man hell is trying to protect his family from the effect of the secret and low-paying job. Meanwhile, he has to save the country from terrorist attacks.
The Family Man is starring Manoj Bajpayee, Gul Panag, Sharib Hashmi, Priyamani Iyer, Rohit Sukhwani, and many other renowned actors.

MUST-READ| 10 SHOWS LIKE RUDRA THE EDGE THAT IS VERY INTERESTING!

All five episodes were released on 24th January in one go. Originally, The Forgotten Army is the true story of the Indian National Army that was led by Netaji Subhash Chandra. The series is about the Indian soldiers who marched to Delhi to seek independence from British rule. The story also shows a love story between two soldiers. Meanwhile, the series talks about the real meaning and cost of freedom and independence of motherland, India. Interestingly, the shooting was done at four different places, Thailand, Malaysia, Singapore, and Mumbai. It is directed by Kabir Khan.
The Forgotten Army is starring Sunny Kaushal, Rohit Chaudhary, Sharvari Wagh, Shruti Seth, Karanvir Malhotra, Akhil Iyer, and TJ Bhanu.

Full of mystery yet you will see action scenes in the series. It was released on 15th January 2020. It is about an army lawyer who has to solve a death mystery of an army officer who is killed in an encounter. Monica Mehra, the lead character realizes that the case is complex than the real situation. It shows how is she able to resolve the mystery with her intelligence. The show is directed by Akshay Choubey and consists of eight episodes.
Code M is starring Jennifer Winget, Rajat Kapoor, Aalekh Kapoor, Tanuj Virwani, Seema Biswas, Keshav Sadhna, and Meghana Kaushik.

Available On: ALT Balaji and Zee5

READ MORE: Best Spy Movies On Netflix That You Must Add To Your Watchlist 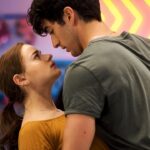 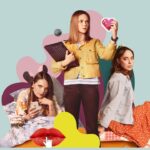