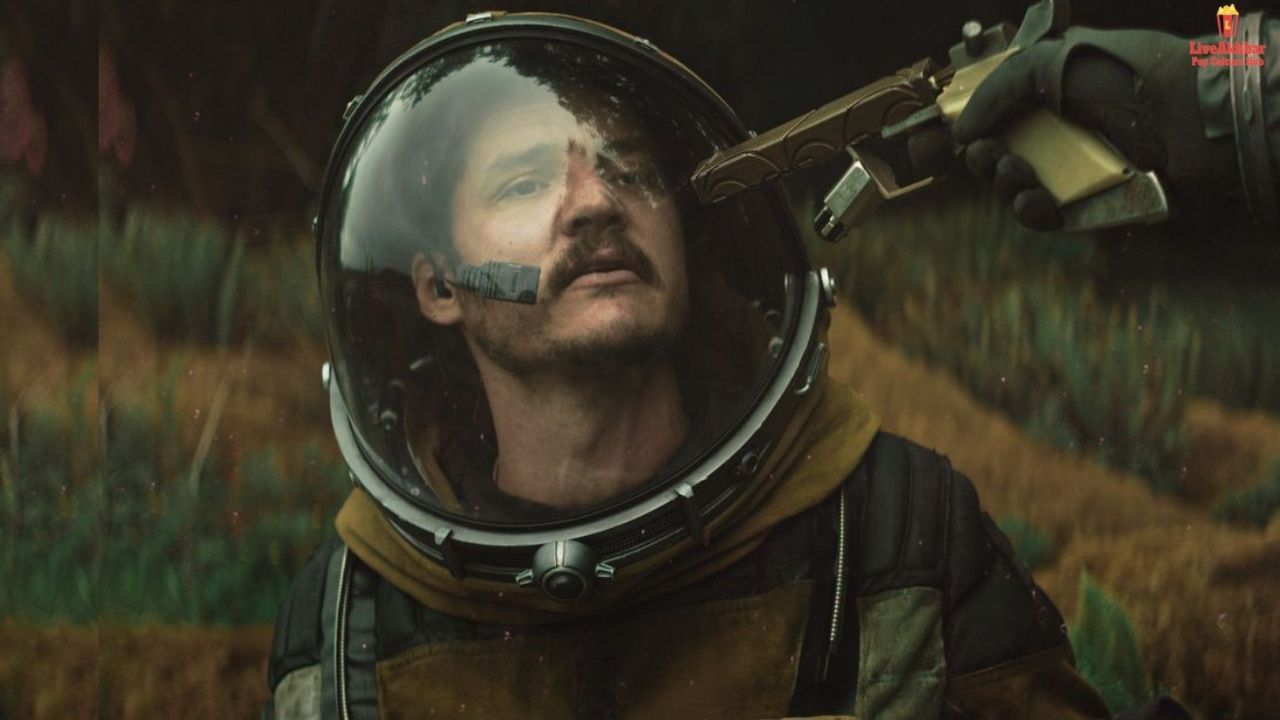 Best Science Fiction Movies On Netflix: Are you crazy for science fiction movies? Are you a Netflix lover? Do you obsessed with science and technology are shown in the movies? You will come to know all the answers here. Since we have been going through this pandemic and lockdown almost all over the world, Netflix and other OTT platforms make it easier for the viewers to watch their favorite movies or shows. Today movies based on science, technology, and time travel receive a great response from the fans. It seems magical and wonderful when we watch such types of movies.

Science fiction movies are very theoretical, also there is a depiction of a phenomenon that is used by mainstream science. This genre exists since cinema has been started. Netflix is a home for all kinds of movies and shows. It has a huge amount of sci-fi movies also. A person who loves sci-fi entertainment can enjoy their interest here. Actually, there was a contract between Netflix and the makers of the movies, when the contract expires Netflix delete that movie from its streaming service.

But you do not have to worry at all, Netflix has a lot of movies to replace the old one with the new one. So, let’s start the list of some Best Science Fiction Movies On Netflix. 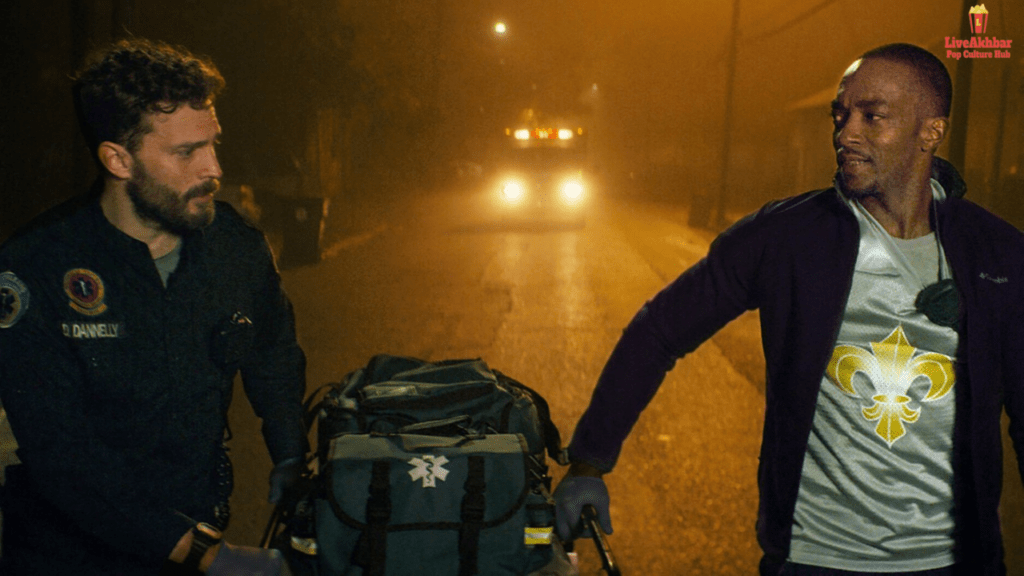 This is an American horror and science fiction film. This is the story of Steve and Dennis, Steve is a ladies’ man and Dennis is married and has two children. Steve and Dennis worked together as paramedics in a hospital on the late shift. Where they are come to know about series of cases in which people die in a weird situation. All the cases are related to a new designer drug called Synchronic. The movie was first released in 2019 but due to pandemic, it was released in 2020. 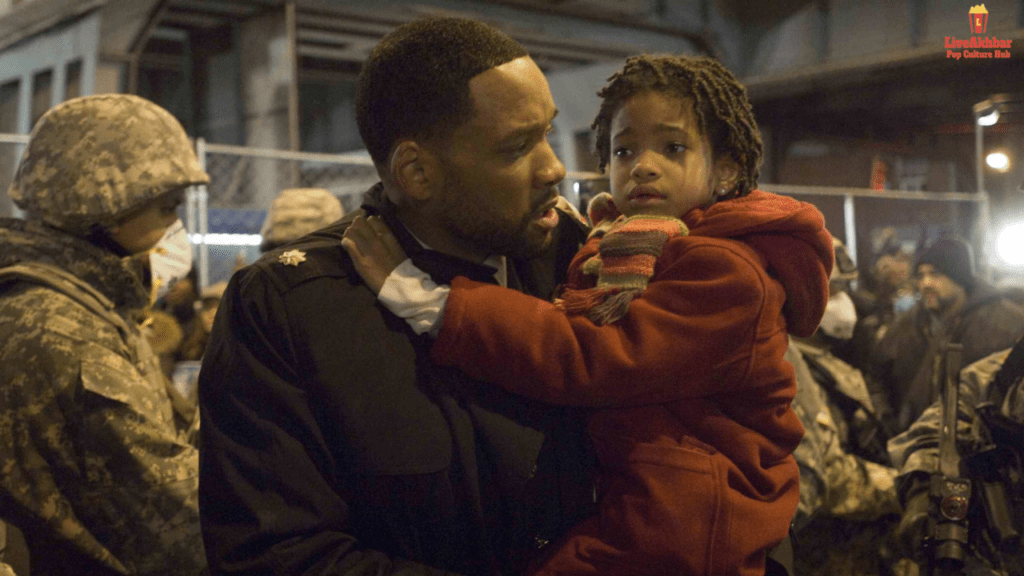 I Am Legend is also an American sci-fi, and action thriller. It is based on the novel, I Am Legend by Richard Matheson. It is a story in which a virus was originally developed to heal cancer. But it had vanished all the mankind from the New York City. And Neville is the only human left in New York, other than nighttime mutants. Neville clear the virus and he worked to create a cure for the virus while he was protecting himself against the aggressive mutants. 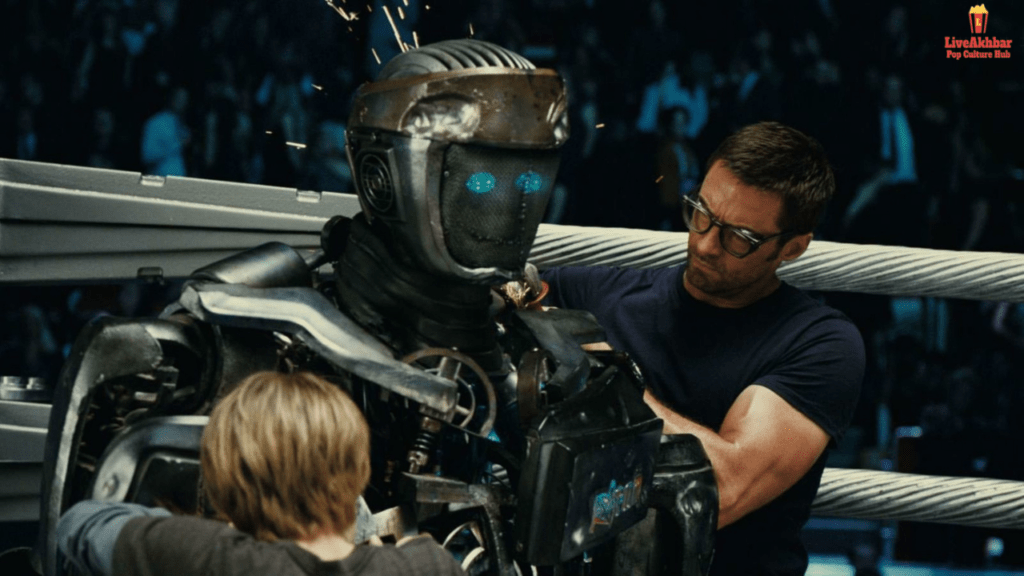 This American science fiction is a little bit different. Reel Steal is a sports drama film, based on the story, “Steel” that was published in the edition of The Magazine of Fantasy & Science Fiction. This movie is about the future where scientists create animatronic robots who will be able to take part in fights and replaces human boxer in boxing. In this Charlie Kenton, a former boxer in 2020 loses his robot after his ex-girlfriend died and he ended up with the son, to whom he never had any contact. But his son was a huge robot boxing fan after when they both come to know that they share a father-son relationship, they together build a robot that seems worst. But won the fights for them and this becomes an absolute underdog story. 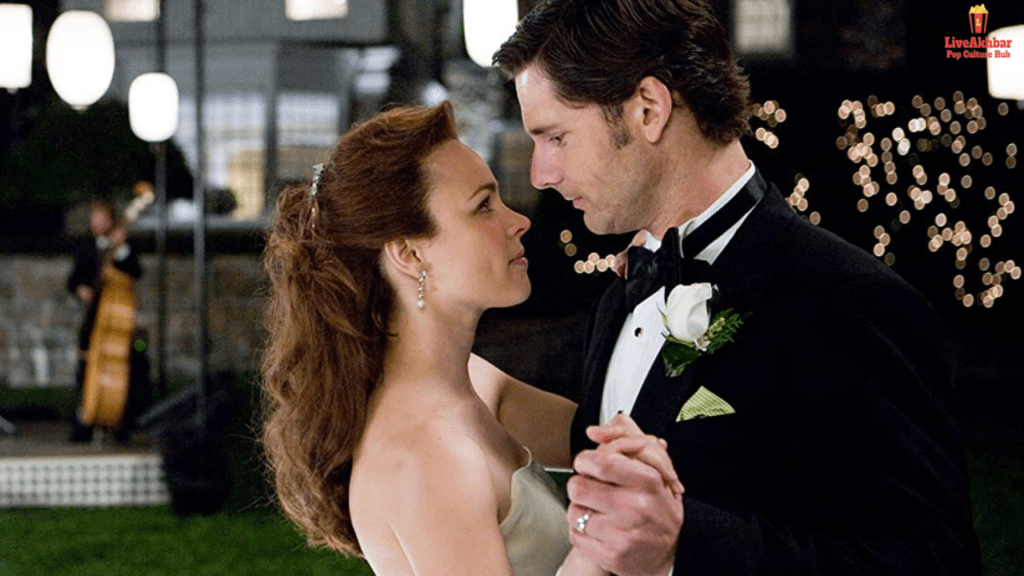 Do you want to watch a science fiction movie with romance in it? Then go for this movie, The Time Traveler’s Wife is an American sci-fi and romantic drama. This is based on the novel, The Time Traveler’s Wife by Audrey Niffenegger in 2003. In this film, Henry DeTamble, a Chicago librarian, has a paranormal genetic disorder. And when he tried to build a romantic relationship with Clare Abshire, who becomes his wife in the future, this disorder results in random time travel. 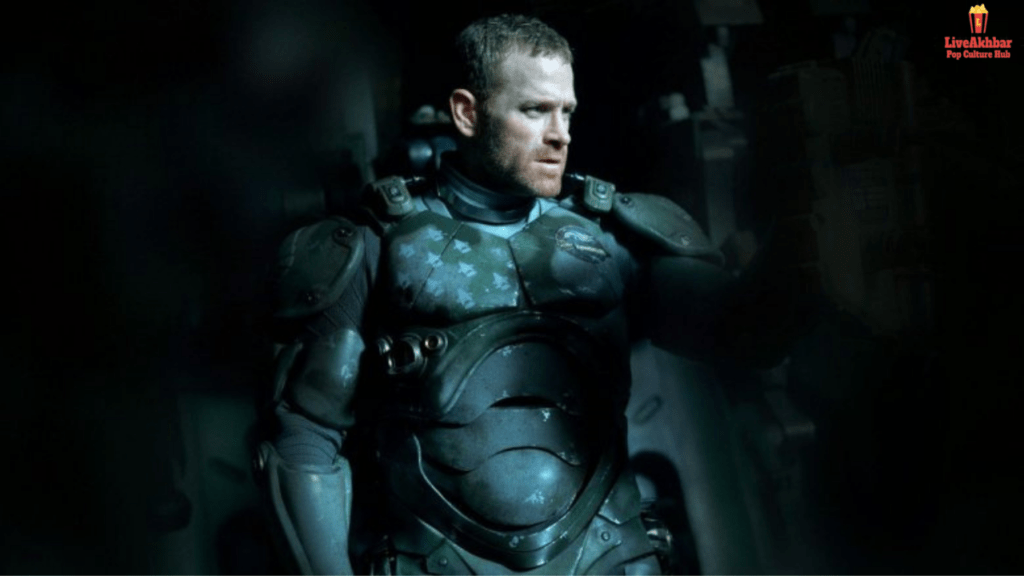 Spectral, a science fiction military action film. This is a kind of old-fashioned alien warfare, then you will love Spectral. This is the story in which an extraterrestrial or alien army started to wreak destruction on a war in a European city, and forced local engineers to work with American Special Ops to stop the aggression. 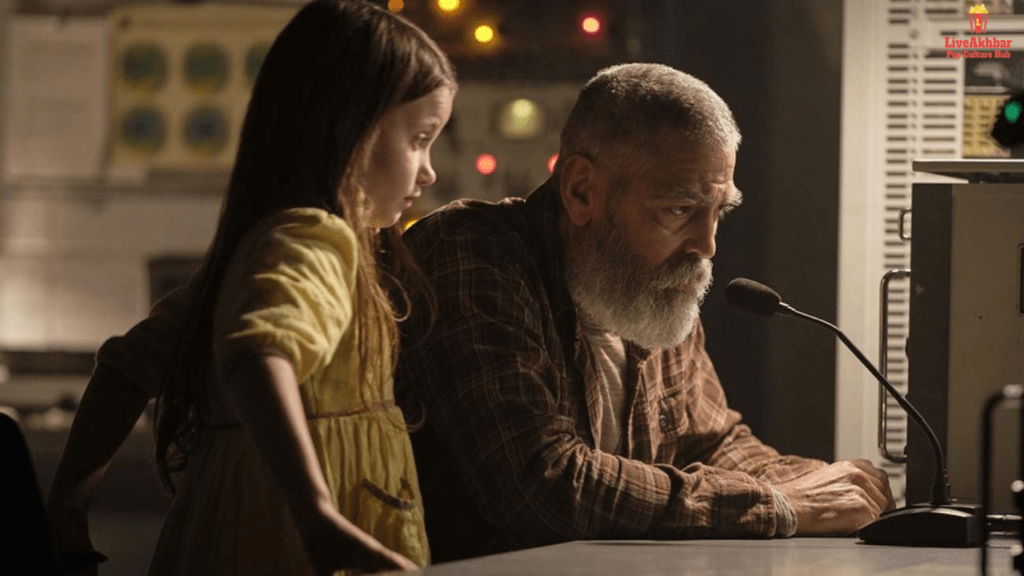 This American science fiction movie is based on Lily Brooks-Dalton’s novel Good Morning, Midnight. This follows the story of a scientist named Augustine Lofthouse who has devoted his life to his work. He wanted to find habitable planets where humanity can enhance. Then after giving a presentation at a gala, he met Jean Sullivan and they both develop a romantic relationship. Later when she comes to know about her pregnancy, Jean left Augustine because he was very obsessive about his work. At the same time, he is also unable to place a bond with other humans. He also chose not to meet his daughter several years ago when he met Jean. 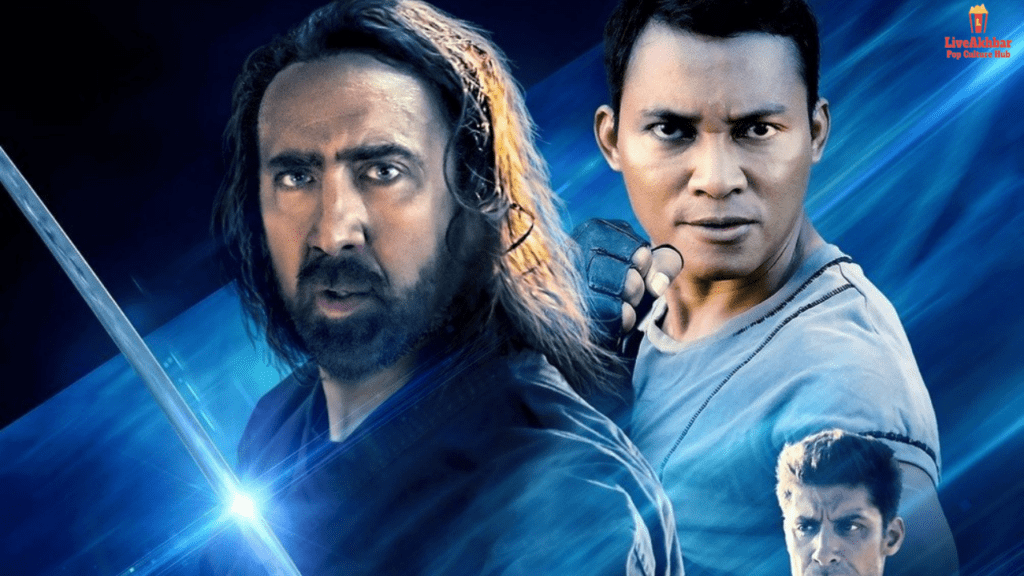 This is a science fiction movie on Netflix with martial arts punches. It is based on the comic book, Jiu Jitsu by Logothetis and McGrath in 2017. Jiu Jitsu is a story in which ancient Jiu Jitsu fighters faced a violent race every six years, with alien invaders in a battle for Earth. For thousands of years, the invaders have been forfeited to Earth’s defenders until now. The destiny of Earth is in danger.

MUST-READ: 12 SHOWS LIKE THE FAME GAME THAT ARE INTERESTING! 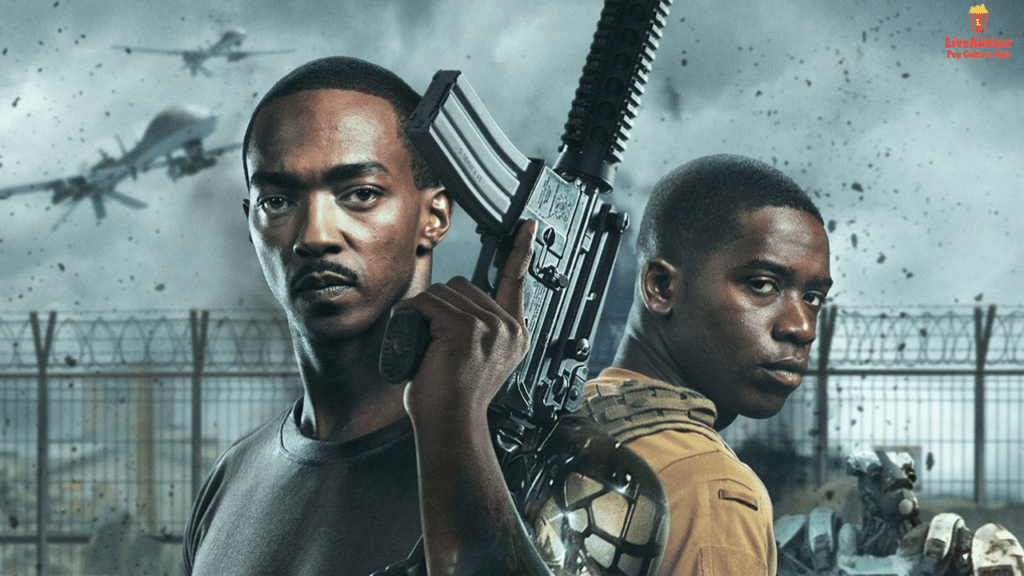 This is 2021’s American science fiction action movie. This tells that in 2036, there was a civil war between pro-Russian insurgents and residents of Ukraine. It led the US to provide wartime support to Russia. The military now fought alongside “GUMPS” and robot soldiers. Then for disobeying commands for the squad, as punishment, Harp, a drone pilot sent to Ukraine to fight alongside Leo, an android soldier. They together later take on Victor Koval, a terrorist, who used Cold War missiles for fighting. 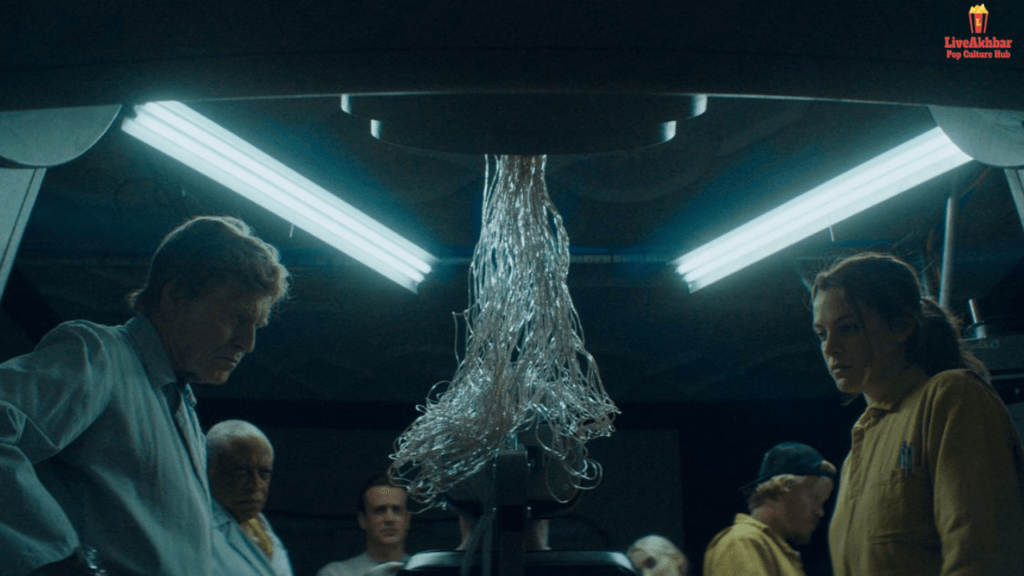 Directed by Charlie McDowell this British- American movie is of romantic and science genre. This is a story about the afterlife which is very interesting if you are interested in it. An interviewer, named Mary Steenburgen questioned Thomas Harbor, who proved the existence after death. This was the discovery that led to increment in the suicide rate. She questioned Harbor if he felt responsible for all this but he said NO. And he said it immediately after the suicide of a crew member on air. 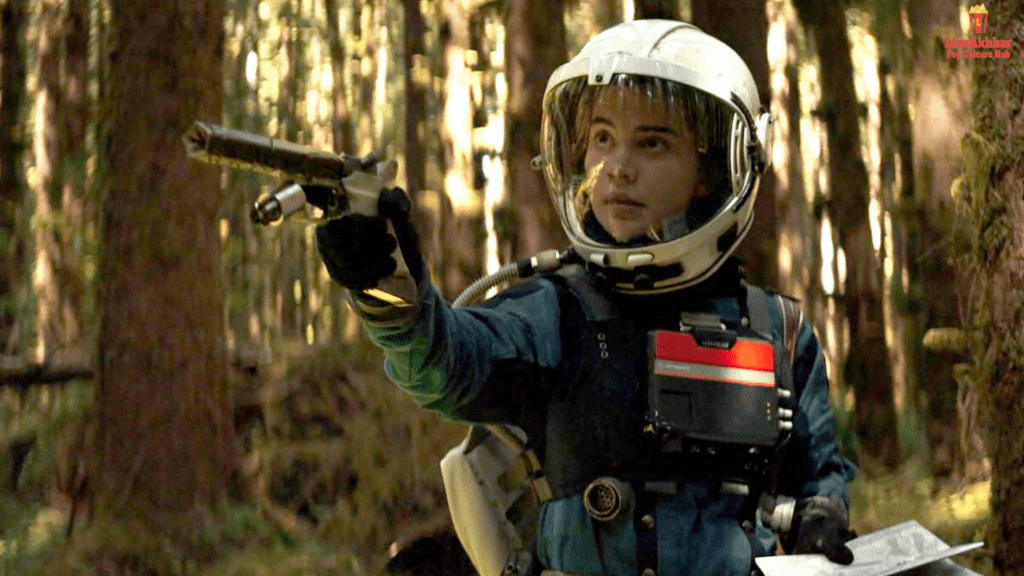 Another American sci-fi movie, Prospects follow the story in which a teenage girl and her father traveled to an alien moon. They have a contract to mine gems in the poisonous forest of the moon. And there on the moon, girl’s father ridden by greed, and the two of them encountered the dangerous and harmful strangers in that moon’s forest. 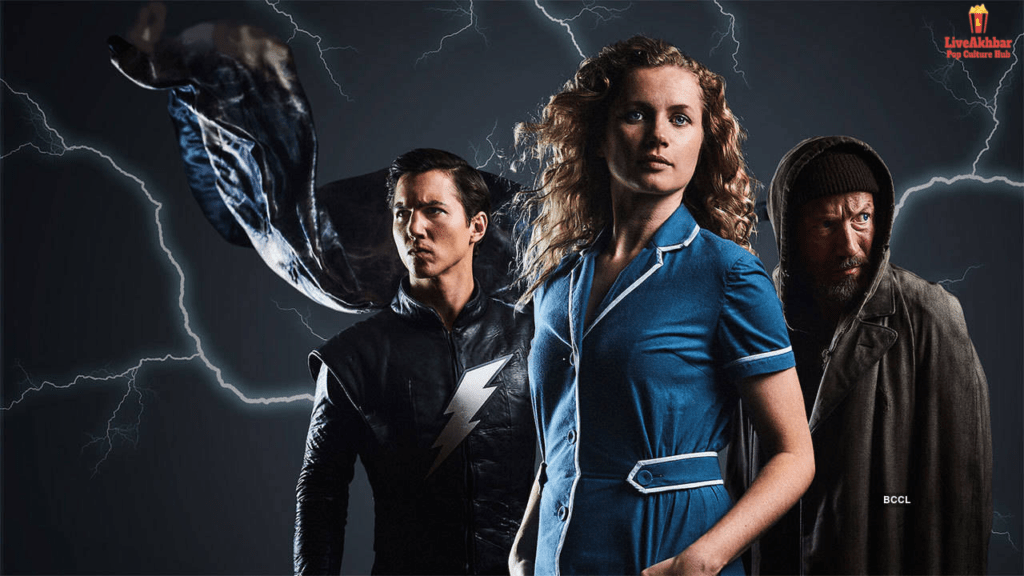 The American-Canadian with full of thrill and science-based. This is basically the story about a seven-year-old girl named Kolker. She left her home for the very first time as she was kept inside for a long time by her father named Hirsch. And later in the movie, she learned about normal and abnormal humans. Abnormal humans are tracked down by the government and enclosed in an underground facility known as Madoc Mountain. 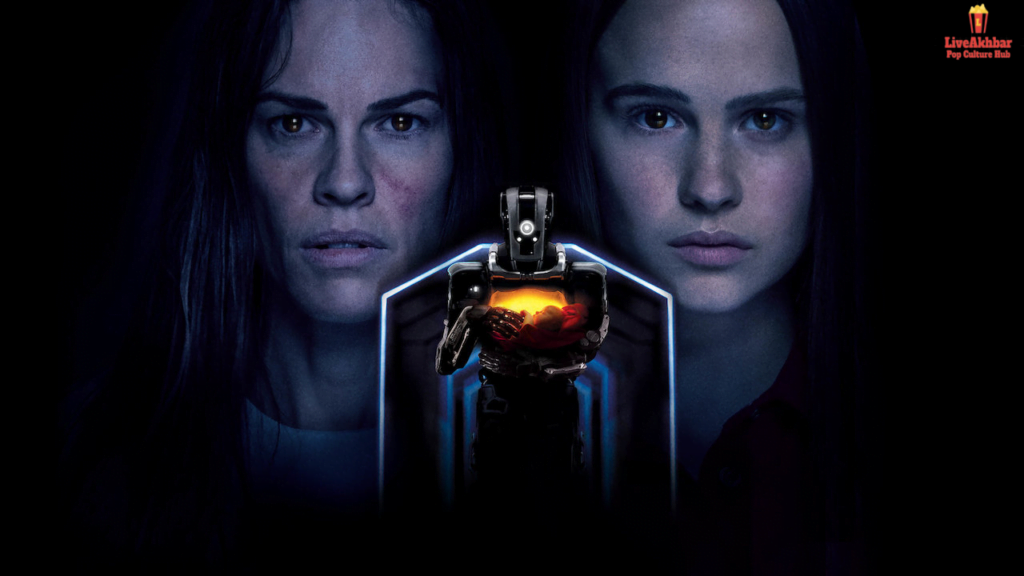 I Am Mother is an Australian movie based on science. The film’s plot is very unique and impressive and it is about a Daughter. She is a girl in a post-apocalyptic caller and raised by a robot named Mother. The robot was designed to aid the repopulation of Earth or repopulate human actions.

So, this was the list of Best Science Fiction Movies On Netflix, you should totally binge-watch all the shows.

READ MORE | Movies like 365 Days on Netflix add to your watchlist!