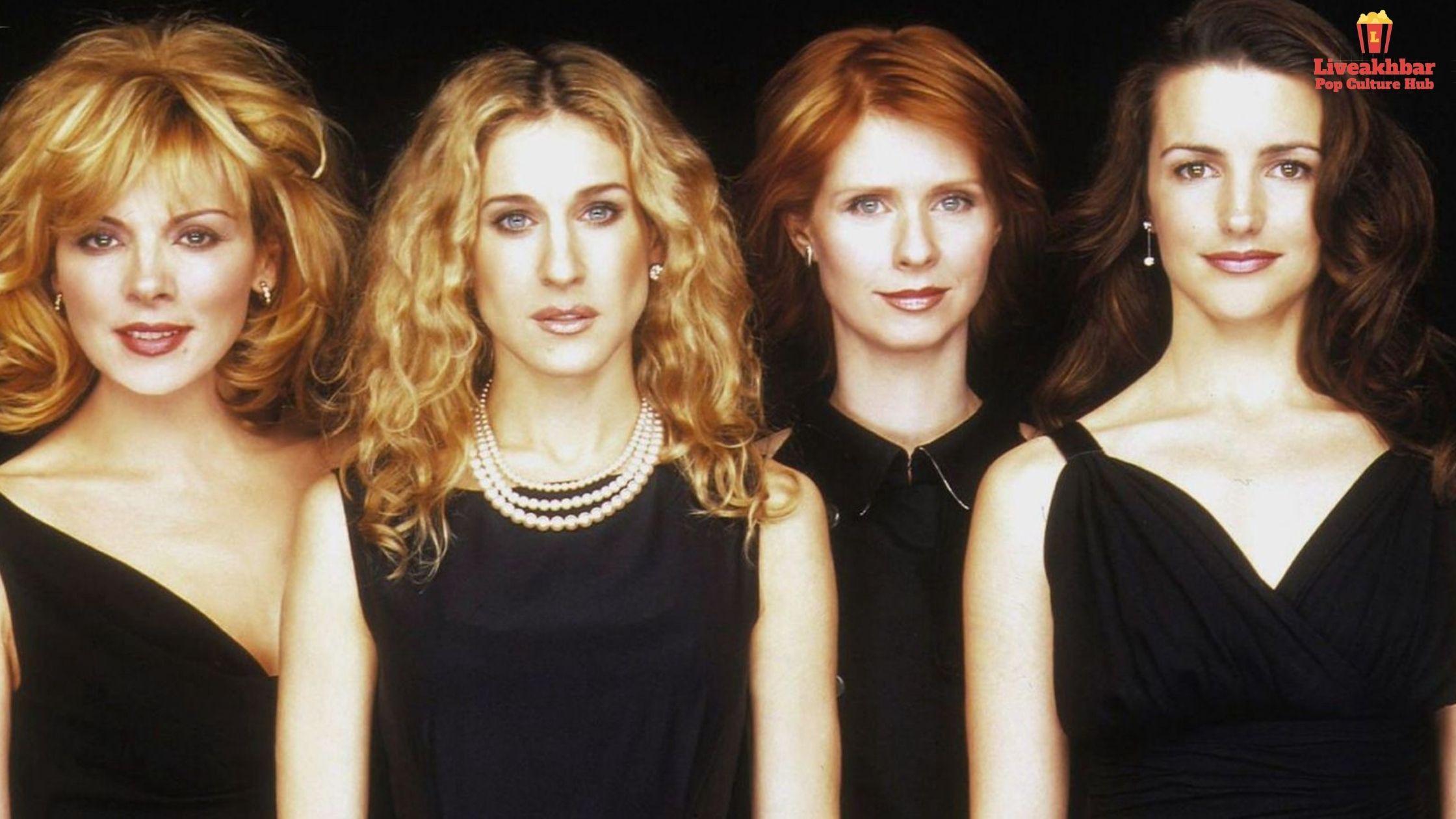 Shows like Sex and the City: Sex and the City is an American TV series in the romantic comedy genre. It was created by Darren Star for streaming on HBO. Sex and the City television show is the modification of the Sex and the City book, by Candace Bushnell in 1997. The series was first premiered in the United States on 6 June 1998 and off-air on 22 February 2004. Between 1998 and 2004 it has released over six seasons. In this show, there are multiple stories, while exploring the difference between friendship and relationships.

These stories are related to relevant and social issues like sexuality, safe sex, feminists, and promiscuity. This is the story about four women who were explored social life from sex to romantic relationships. The show portrays their own way of living and their individual perspectives.

Sex and the City have been received mixed reactions from the critics. It has received praise and criticism both for its subjects and characters. This show has also increased the popularity of the HBO network. The series has won many awards and acknowledgments like the series ranked fifth on the New TV Classics list of Entertainment Weekly. It also has been listed by Time in 2007 and TV Guide in 2013 as one of the best TV series of all time. Two films Sex and the City (2008) and Sex and the City 2 (2010) are featured on the same show.

Recently on 11 January 2021, a sequel of the original story of the Sex and the City series, named “And Just Like That” was announced. Sex and the City stars Sarah Jessica Parker, Kristin Cattrall, Kristin Davis, and Cynthia will be seen in this sequel except for Kim Cattrall. Kim Cattrall will not be a part of this sequel, And Just Like That. The production for the sequel will start in the mid of 2021, and it will be telecasted on HBO Max with 10 episodes of the half-hour. Till then, you can watch series that are similar to Sex and the City. 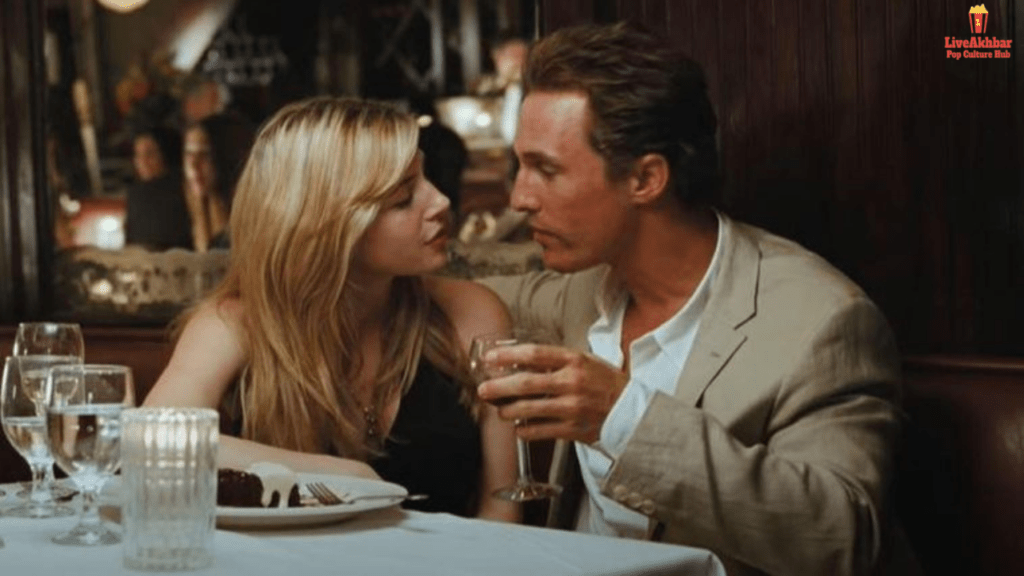 Failure to Launch is an American rom-com movie similar to Sex and the City film. It was released on 10 March 2006 with the stars Matthew McConaughey and Sarah Jessica Parker. Sarah became a popular and favorite cast member for the makers who wanted to make a romantic comedy. After the success of Sex and the City is become popular in the rom-com genre. Failure to Launch is a great thing to add to your watchlist on Netflix.

The film is about a 35 years old man who lives with his parents and does not have any interest in leaving a comfortable life that his mother has made for him. This movie has earned $130.2 million with a budget of $50 million, so, this was a big hit at that time. 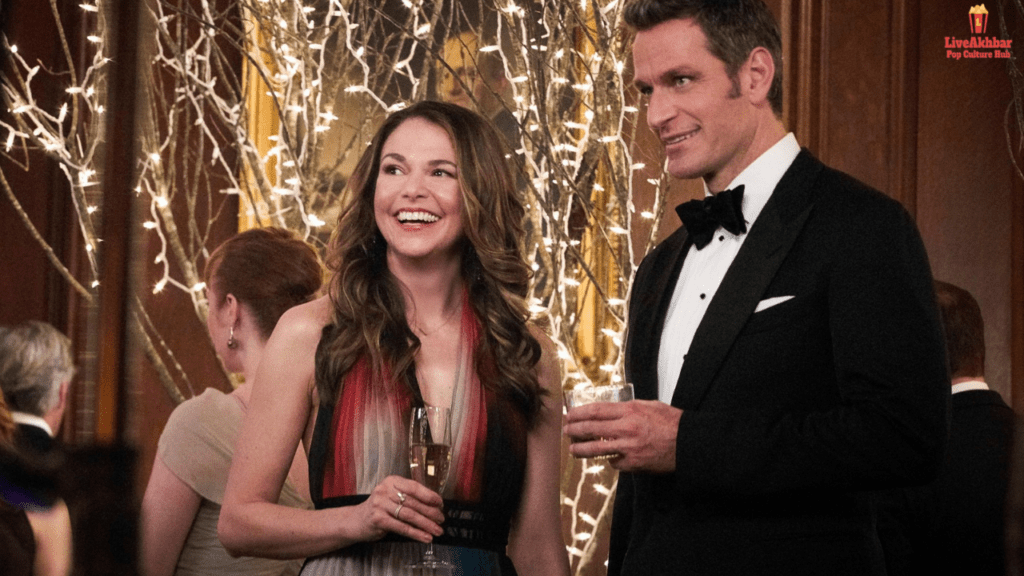 Younger also created by the makers of Sex and the City and the producer Darren Star and based on the novel Younger by Pamela Redmond in 2005. This is also a romantic comedy similar to Sex and the City and shares the familiar attitude like Sex and the City. This show revolves around a woman who is in her 40s. She lies and says, everyone that she is 26 so she can be able to secure a job in a publishing company.

Between all of these, her romantic and professional lives are assessed against all the comings. It has completed its six seasons and its seventh season is on running. The first season was premiered on 31 March 2015 and it is presently telecast on Paramount+.

You can also watch this series on Hulu. 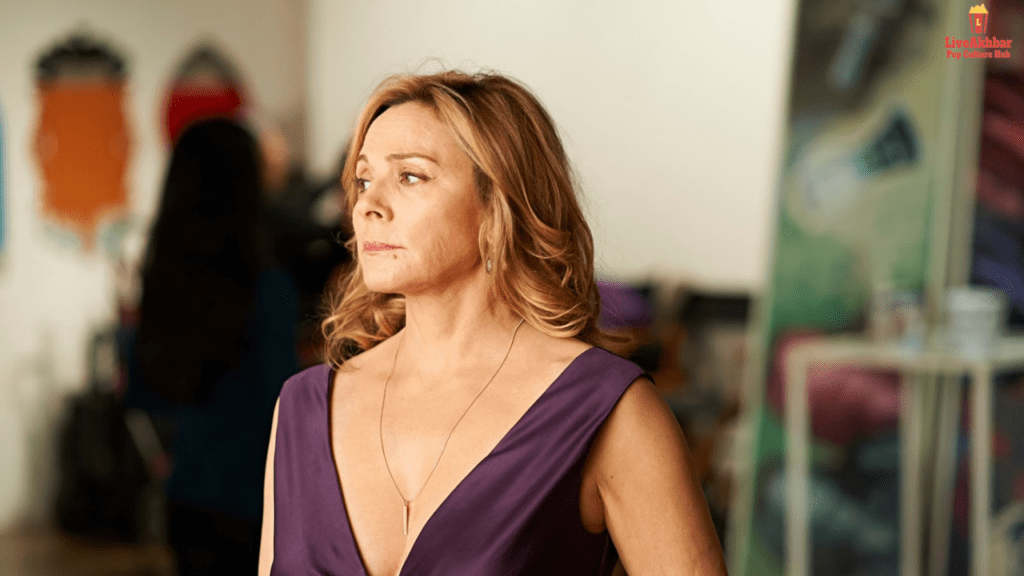 This Canadian series is based on the British series by Hugo Blick, of the same name. It is a black comedy television series. This show has two seasons, the first one was premiered on 20 July 2014 and off aired on 24 August 2014. The second season was released on 15 May 2016 and lasted on 19 June 2016. But the third season of the show was not released as announced by the official Twitter account of Sensitive Skin. You can also catch the show on Netflix whenever you want to watch it.

In season 1 the story revolves around a woman in her 50s, works in a gallery. She shifts from the suburbs to an apartment in Toronto with her husband Al, who is a pop-culture critic. As she getting old she finds life difficult to live. She gets worried about her looks and she thinks that she has done nothing with her life. In season 2 the story continues, Davina, the same woman tries to adjust in her life as a widow. But she was suffering from the hallucinations of Al. Then by tiring all these she moves into a houseboat placed on the Toronto Islands and tries to search for a new relationship. 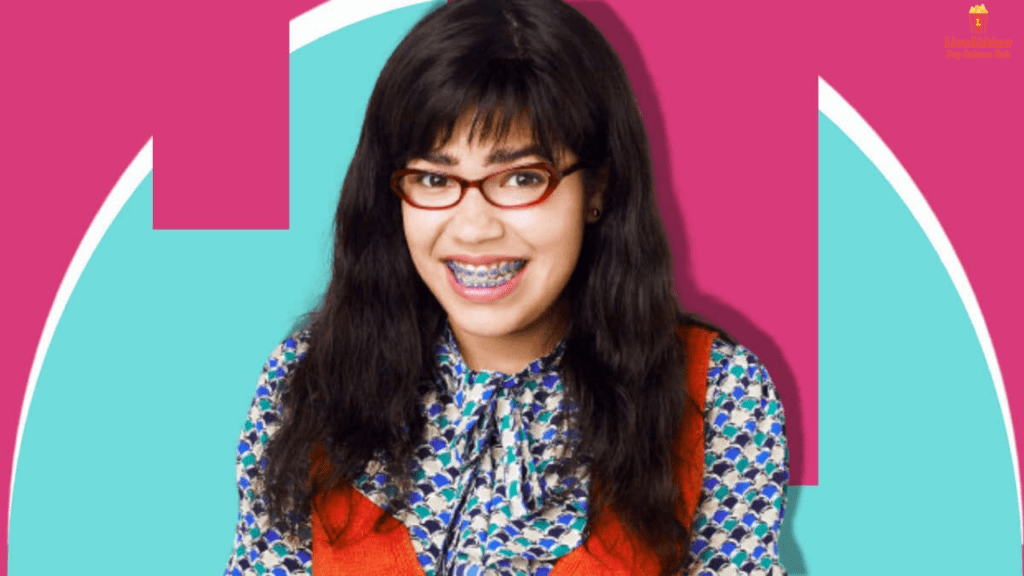 This is also an American comedy-drama TV show created by Silvio Horta. It is based on Yo soy Betty, la fea by Fernando Gaitán. This the story of Betty Suarez who secures a job at a prestigious fashion magazine though her style was not that much great. The show has four seasons from 2006 to 2010 and has 85 episodes in total with a running time of 42 minutes. The first season of Ugly Betty was premiered on September 28, 2006. With the end of the series after the fourth season, there were talks arose by America Ferrera and Ana Ortiz for the movie Ugly Betty.

The show is available on Hulu and ABC you can catch it there. 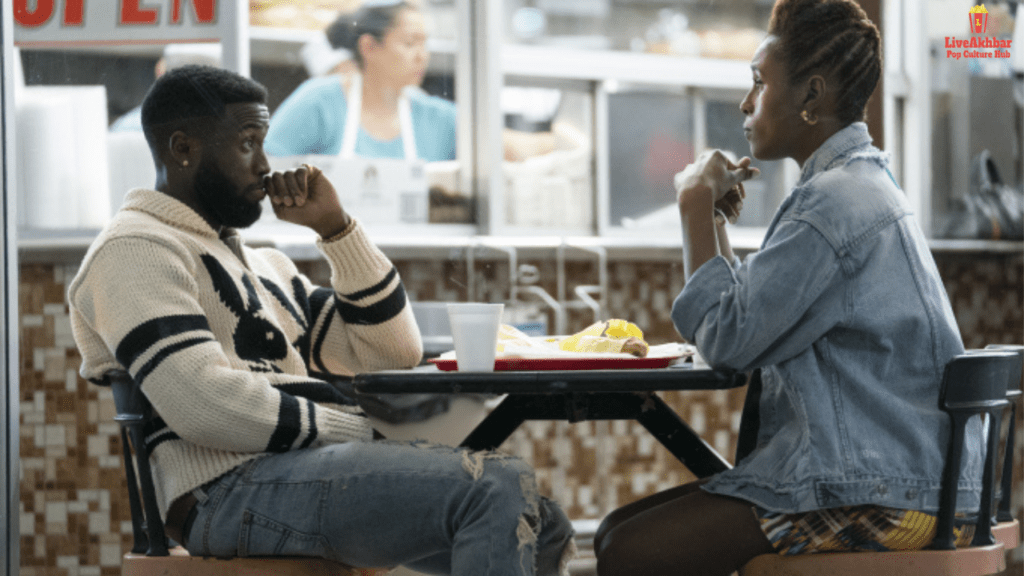 Issa Rae and Larry Wilmore are this comedy-drama television series partially based on the Awkward Black Girl. This show has four seasons and the very first season was premiered on 9 October 2016 and released online on 23 September 2016 through HBO Now and HBO Go.

Then in November 2016, HBO renewed the series for the second season and released it on 23 July 2017, in the same year HBO again renewed the show for the third part and launched it on 12 August 2018. And the last season or the fourth season was released on 12 April 2020 and in May 2020 HBO renewed Insecure for the fifth part and in January 2021 it announced that it would be the last season for the series.

In this series Issa, a woman who lives in Los Angeles. She was stabbed in a dull relationship with Lawrence at the beginning of the show. Although Lawrence suddenly became much more convincing when they broke up. There is another character like Molly, Tiffany and the Kelli. They are always happy as they knew what is acceptable and not in romantic and sexual relationships. It streamed on HBO, you can enjoy Insecure there. 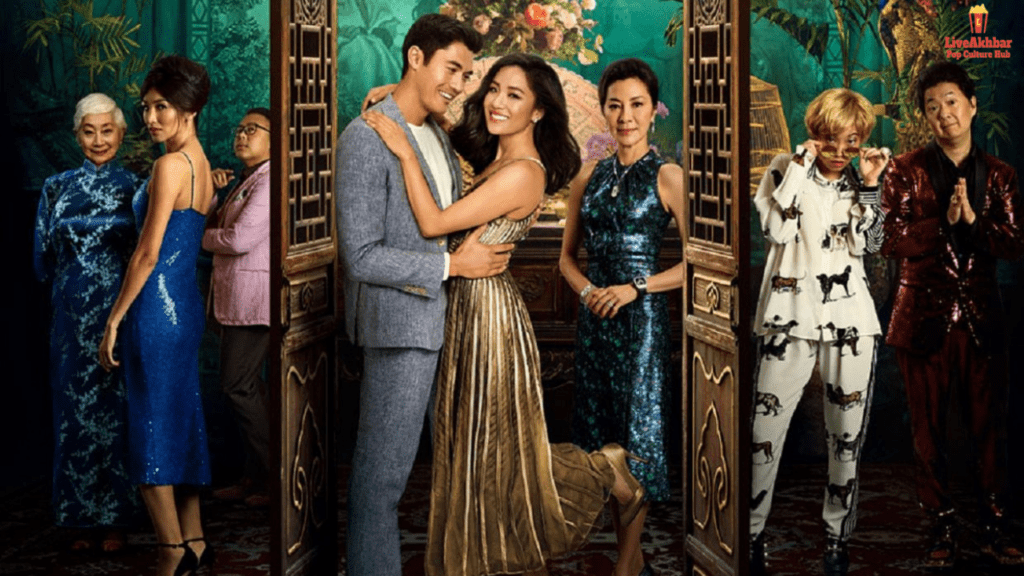 If you are searching for a movie that is similar to Sex and the City then this is going to be a perfect choice. It seems like a Korean movie but this is an American romantic comedy based on the novel, Crazy Rich Asians by Kevin Kwan in 2013. Crazy Rich Asians movie was announced in August 2013 and first released in TCL Chinese Theatre, Los Angeles on August 7, 2018, and then on August 15, 2018, in the United States by Warner Bros. Pictures.

The story of the film revolves around a Chinese- American professor. She traveled to meet with the family of her boyfriend and got surprised by finding out that they were amongst the richest families in Singapore. This movie was criticized by the critics for the cast members as they are biracial actors and including non- Chinese Singaporean ethnic groups like Malay and Indian Singaporean as characters. But at the same time, the film was praised for the production design, screenplay, and performances. 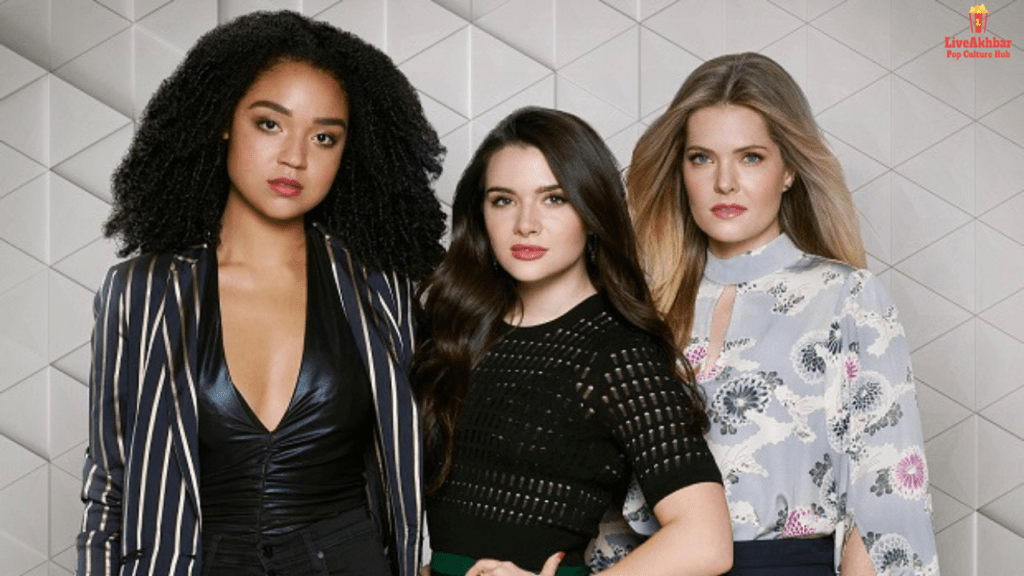 Created by Sarah Watson, this series is based on the left and career of Jonna Coles, former editor-in-chief for the Cosmopolitan magazine. The show has four seasons starting from 11 July 2017, started the first season with 10 episodes. Then second and third season was renewed and released on 12 June 2018 and 9 April 2019. Later on 23 January 2020, the fourth season was launched and lasted on 16 July 2020. And now on 26 May 2021, the fifth and final season will be released. You can catch it on Amazon Prime Video.

The Bold Type is the story of three middle-aged women, all of them are worked for the fictional global publication house titled Scarlet in New York City. This television series is very similar to the Sex and the City show. 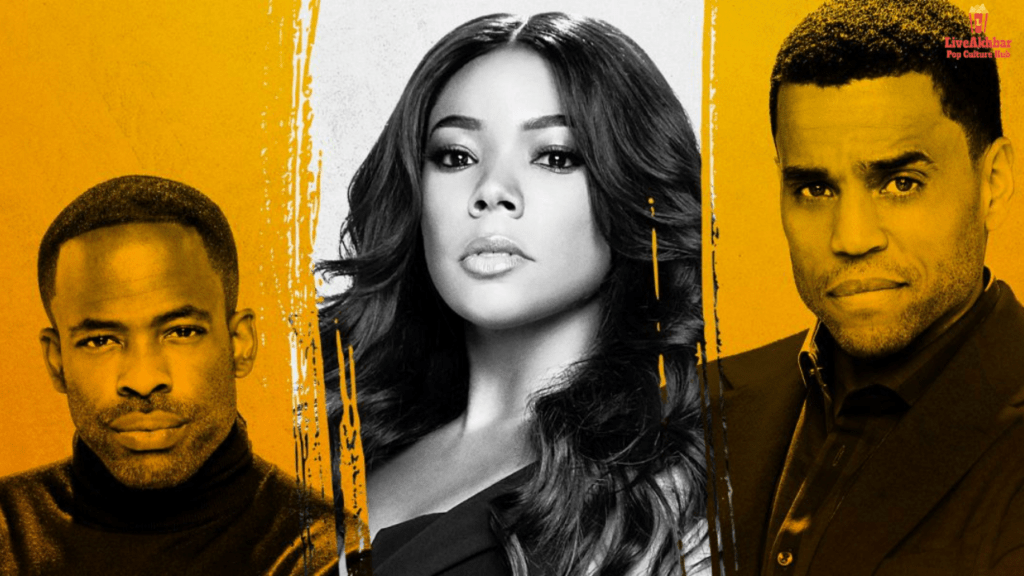 Being Mary Jane is the story of a successful TV news anchor, Mary Jane Paul. She lived in Georgia, Atlanta, and New York. The series followed her personal and professional life, what are the problems she is going through in her life, and how she overcomes them. 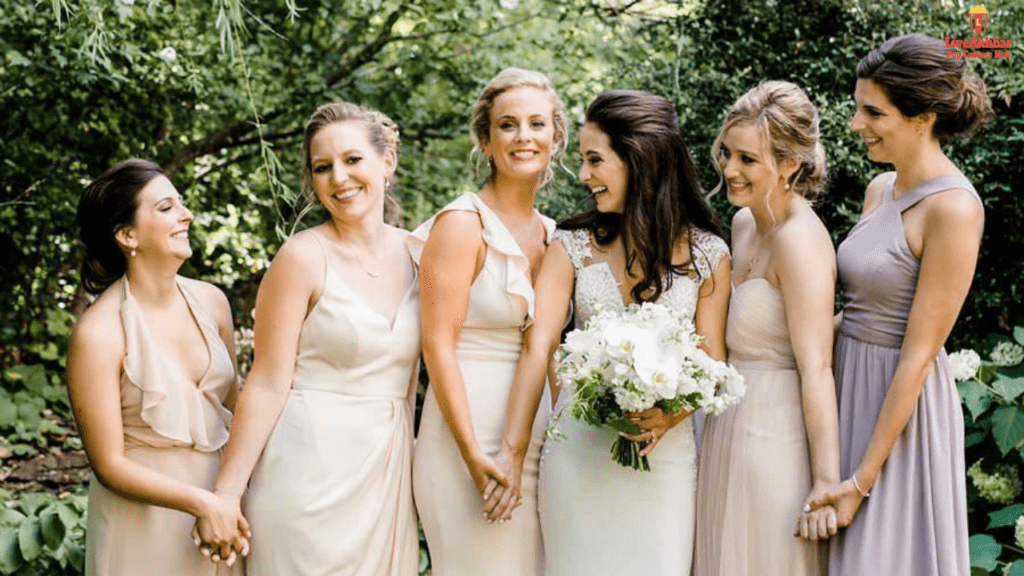 Another amazing comedy-drama similar to Sex and the City, but this is less family-friendly. Bridesmaid is an Oscar-nominated movie and is all about the women and their bonding, who are having fun together. In this, Melissa McCarthy’s performance was fabulous and make it earn the Oscar nominations. As Sex and the City describes the middle age love and friendship this is also the same plot. It was released on 13 May 2011 (United States).

The story of Friends With Benefits revolves around Annie (Wig) whose life is full of misfortunes after being served as maid of honor for her best friend Lillian (Maya Rudolph). There are more bridesmaids to Annie in the movie. 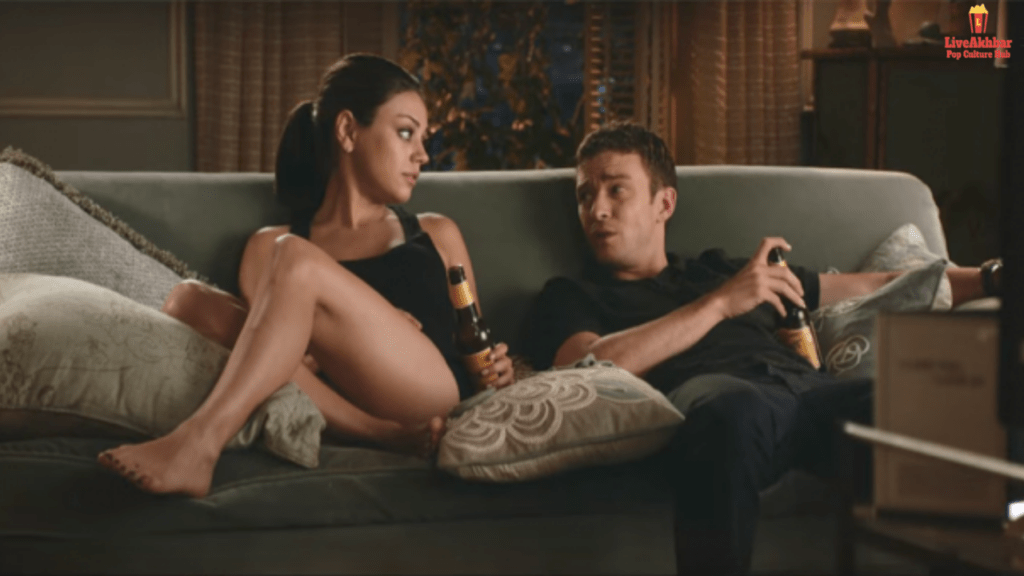 On 22 July 2011 another rom-com movie, Friends With Benefits released. The plot of the movie rotates around Dylan Harper and Jamie Rellis. They both were met in New York City and they believe added sex to their friendship naively, and this would not lead to any complications. But when time speeding up, they began to develop deep feelings mutually for each other but denied it every time they were together. But at the end of the movie, they both were ended up together.

READ MORE | Movies like 365 Days on Netflix add to your watchlist!