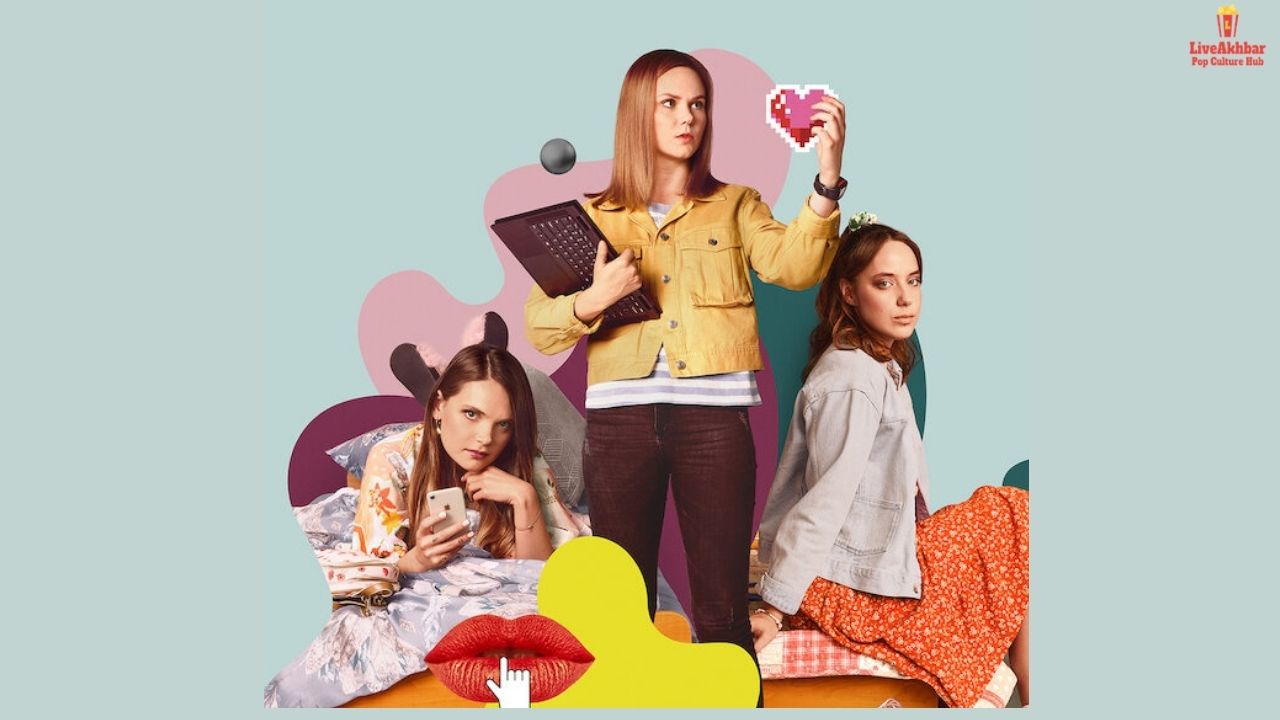 Sexify Ending Explained: Sexify is a polish web series that has just premiered on Netflix. The show has a very unique storyline that differentiates it from others. They have adopted a topic that is still not publicly talked about in society. Sexify is something which teaches us a lesson plus it could be very entertaining. This 8 Episode series left many unanswered questions at the end and that’s why we are here for you. Let’s not waste any time and get straight into the Sexify ending explained.

The first season has 8 episodes which are 40-47 minutes long each. The story covers the life of three final-year college girls, Natalia, Paulina, and Monika. Natalia is kind of a nerd and she had developed a sleeping optimization app for the National Ministry Start-up competition in Digitalisation. A single project will be chosen from the Warsaw university which will go directly in the national level competition.

The app that Natalia developed is not liked by Professor Krynicki, he says it should be something ‘sexy’, it should be something that ‘turns you on’ and it should be something which your peers want to buy as they are the target market. Rafal made a gel app and he competes with Natalia. Paulina is in a messed up situation and she is fighting with her internal demons. Her boyfriend, Mariusz doesn’t satisfy her sexually, He asks her to marry him and in her internal confusion, she says yes. Monika, on the other hand, is everything about party and chill, she is very active in her sexual life but her father kicks her out of the apartment and she is supposed to live in a dorm, the room next to Natalia.

All About Copulation Centre: Graduation Vs The App

After a lot of thinking, Natalia finally decides to develop an app for ‘Female Orgasm Optimisation’. At first, when she asked Monika and Natalia they disagree to help her. Natalia is a nerd and she never had sex so she couldn’t develop the app on her own. Monika and Paulina finally agreed to help her with the app. They did every kind of experiment needed for the app, going to a sex dungeon, female orgasm classes, creating Natalia’s room into a Copulation station.

Natalia meets Adam in the sex store. But events took a turn when the Dean of the university receives some pictures in his mail which were of couples engaging in sexual activities in the copulation station, that is, Natalia’s room. Dean creates a committee to investigate if girls are running a prostitution center in the room. He warns the girls that if there is a brothel found in the room they could get evicted. But Dean couldn’t find any Proof nor any students opened their mouth about the copulation station, obviously because they need it too.

Professor Krynicki has selected the girl’s project to go further into the competition. But Dean comes and warns them that they will not be expelled if they destroy everything related to the app. He wanted to maintain his university’s reputation. The girls now have two options: Either to let go of their graduation or to let go of the app. At starting, three of them fall apart and decide what they want to do. But Monika tries the app and it Worked!

Three of them finally decided to present the app in the competition. They go to professor Krynicki to ask for help. Rafal was to present his app but Natalia locks him. They finally present their app but they do no win. The project of ‘Watch that turns into a drone for pictures’ wins the competition. Though they don’t win, they do realize who they are and what more they can be in their life. Dean expels the professor and three girls. Now, they have decided to let the app go meanwhile, Natalia goes to Adam to express her feelings and Paulina decided not to marry her boyfriend and Monika still wants to work on the app. At season-ending, they decide not to let the app go.

Could Professor Krynicki Join The Girls In Next Season?

As we already know that professor Krynicki was helping Natalia from the very start. He told her to make an interesting project and her peers would like to buy it. When Natalia came up with the female orgasm app idea, he supported her. In the end, the girls took help from him only, as they knew he is the one who will definitely help them. Professor earlier chooses their project. In the end, he arranged things so that Rafal and Natalia could talk about the situation which didn’t work and she locked him. Professor also told the committee that they were the only ones selected for the project. And that’s why he was expelled too. Therefore, we can see Professor could return and join the girls in further selling and making of the app.

Will Mariusz And Paulina Ever Get Back?

Paulina at the end is seen in her wedding dress and she decides she won’t marry. She was also not sexually happy with him either. The things between them started to change when Mariusz received some photos of her when she was in a sex dungeon. But things come to rest then till she met Joanna, Monika’s mother. She encouraged her to stand for herself and be who she is. When Paulina went to take her wedding dress, Mariusz reached there and took her to the church and wanted to do ‘Spur of the moment wedding’ but Paulina decided not to do that.

She has struggled with her internal demons for a very long time and now she won’t. She will do what she wants to and she will not listen to anyone. Paulina is self-confident now. So, they could not get back together after this, though he will definitely come back in some scenes, or they could get together for some time.

What Will The Girls Do With The App? 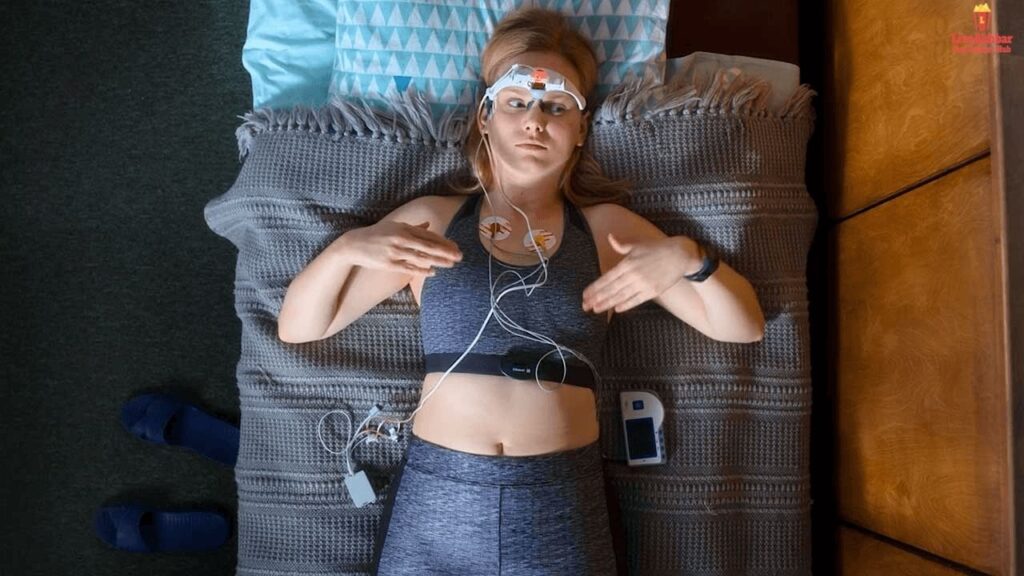 The first season left us on a cliffhanger on what will the girls now do about the app? Monika was the one who United them again and told them we cannot lose the app. Monika’s father told her that their app idea is very fantastic and if it comes into the market, it will become a great hit. Monika realizes that too and then she goes to Paulina and Natalia to think about the apps’ future. Monika’s father could step in and help the girls reach the market to sell their app.

He could also provide some funds, as he told that to Monika. There will definitely come a point when girls will fall apart due to internal conflicts but they will get together after they realize their friendship. There could be a point when they will have to maintain their love life too, and working on the app always could ruin some of the relationships too. This will definitely be answered when Sexify season 2 will be here.

Will Rafal Take The Revenge From Natalia?

The biggest question remains if Rafal will be taking revenge on Natalia after what she did to him. At starting, Rafal kissed Natalia, as they both perceived differently for what Natalia said. Then Natalia denied working on his project, though she asked him earlier. Then there could be a great possibility that Rafal ratted the girls out to the Dean which lead it to expel them. Natalia found some evidence on her air duct where some cameras were fit to take pictures. Rafal was seen uploading those same pictures on his computer. And on the final day, Rafal was locked. Rafal could return next season and try to destroy their app or he could come up with a better app idea for female orgasm to destroy them. He could also go for a black path, where he will try to make things worse for girls.

This was the Sexify Ending Explained and the questions that remained unanswered in the first season. You can watch the first series on Netflix.

MUST-READ| Stowaway Ending Explained: You Will Definitely Cry At The End!