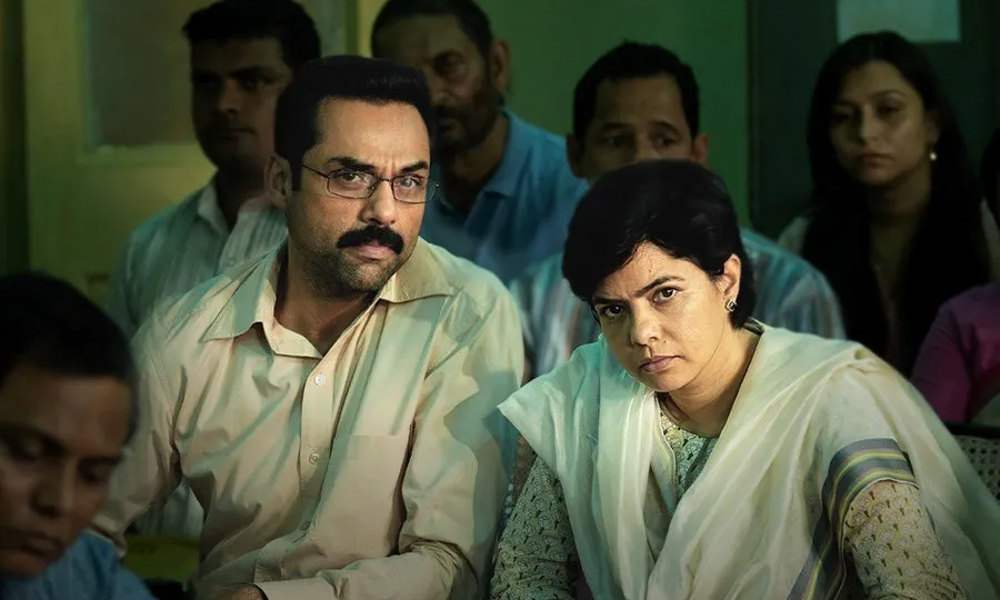 The path to justice is often filled with hurdles that seem impossible to cross. But with utter resilience and unyielding dedication, the destination doesn’t seem far away. This is an eye-watering story of two parents seeking justice for their kids who were trapped in an accident that brutally took their lives away. No parent can bear the grief of losing their kids, but losing their kids because of an accident that could have been prevented becomes a near-impossible task.

Trial By Fire isn’t only about justice; it doesn’t only aim to target the judiciary system and question the morality of authorities. This series is created to help us witness the events that lead to two parents taking on the world alone. Are these parents real-life characters? Or are they a manifestation of someone’s creativity? Is this movie based on true events? Or is it yet another imaginary story?

Is Trial By Fire Based On A True Story?

Uphaar generally symbolises a gift, but this time, in this series, it is more of a curse. In 1997, when a fire broke out in the Uphaar Cinema in Delhi, the entire nation was shaken. With over 100 people injured and almost 60 winding up dead, several families were brutally torn apart. In this tragedy, we didn’t only lose lives; we were also left haunted by the cries of these people.

This tragedy caused havoc, especially in the lives of the people who were left to pick up the ashes. Neelam and Shekhar Krishnamoorthy are two such people who are left to deal with the consequences of the tragedy. And they are not manifested by someone; they are the victims of this fire even if they weren’t burned.

Trial By Fire is a true story inspired by the tragic events of the Uphaar Cinema fire and based on the novel written by Neelam and Shekhar. It is based on the experiences of the parents of two kids who lost their lives because of the negligence of the authorities. This series explores their journey, right from the fire to the final verdict from the judicial system.

MORE TRUE STORIES: Is Mission Majnu Based On A True Story? Is It Related To Indo Pakistan War?

This isn’t the first cinematic representation based on the Uphaar Cinema fire accident. But this is most certainly the most nerve-chilling, soul-crippling series that’s been created. Though we think of this tragedy as an accident, it was not just a cruel coincidence. This tragedy could have been prevented had the authorities been a tad bit more careful. Now, only if the victims’ families could prove it.

Explore the journey of Namita and Shekhar, two working-class people challenging the powerful authorities of the nation. With the trailer coming out in December 2022, we have all been looking forward to the premiere, haven’t we? Trial by Fire is all set to release on January 13, 2023, and it will make us go nostalgic once again.

Trial By Fire Storyline: What The Ending Could Be?

After the fire broke out and the smoke blocked the truth from reaching anyone, only grief prevailed. Many people read about it; some saw it broadcast on the news and then conveniently forgot about it. While others tried to express their anguish, eventually we all moved on. Only the victims and their families remained tarnished forever.

Instead of wallowing in their agony, the Krishnamoorthy couple decided to fight for justice. They stood against the authorities of the theatre and even the police force of Delhi to demand a proper investigation. Since the fire broke out because of the transformer near the theatre, the Delhi Electricity Board has also been accused, and rightly so. Then begins this couple’s decade-long battle against so many authorities.

The ending of Trial by Fire is expected to showcase how this couple finally snatched justice from the corrupt hands of the theatre authorities. Neelam and Shekhar joined forces with other victims and their families to file a collective lawsuit, and they did win in the end. The series is expected to end with this resilient couple coming off as winners.

READ THIS: Is Taaza Khabar Based On A True Story?

Directed by the talented Prashant Nair and Randeep Jha, Trial By Fire has an amazingly skilled cast and crew. Shekhar Krishnamoorthy is a common man who understands that going against the national authorities would be a tumultuous task but still decides to fight for justice. Nothing deters him; no power is able to put an end to his raging obsession to put criminals behind bars. Brought to us by Abhay Deol, who knows how to deliver heart-touching true stories, Shekhar is as determined as he is haunted by the tragedy.

An angry mother can challenge anyone and come out as the undefeated winner. Neelam is one such mother who is fueled by anguish, anger, and the love she has for her late children. Rajshri Deshpande will be portraying the raging mother, Neelam Krishnamoorthy.

The other cast members include the popular Anupam Kher, Rajesh Tailang, and Shilpa Shukla. All of these actors would play supporting characters, assisting Neelam and Shekhar on their quest.

Will We Be Witnessing The Real-Life Neelam And Shekhar In Trial By Fire?

The series exists because of Neelam and Shekhar Krishnamoorthy. Had they not strived for justice these many decades, we wouldn’t have been able to witness the truth behind the Uphaar Cinema fire tragedy. Their resilience has brought some moments of happiness into the lives of the victims.

It is because of this couple’s endless courage that the theatre authorities eventually accepted defeat. We have the names of the real-life Neelam and Shekhar Krishnamoorthy, but having the real ones in this series doesn’t seem realistic. Since Trial by Fire is a crime drama thriller and not a documentary, we don’t expect them to actually be seen on stage.

DON’T MISS: Is Kalaga Thalaivan Based On A True Story?

Abhay Deol is no stranger to true stories; in fact, he has delivered multiple heart-wrenching ones. So when he says that this series has been the most tragic experience for him, there are definitely shivers trickling down our spines. In one of his recent posts, Deol wrote a short paragraph highlighting how hard playing Shekhar has been. He specified that this series has to be the most heart-touching and tragic one that he has worked on.

We have all witnessed the aftermath of the fire; we sighed in frustration, felt sad about those victims, and then moved on. Our lives were back to normal the next day but the Krishnamoorthy parents didn’t get to live a single normal ever since. Their struggle to stand against the national authorities didn’t go unnoticed. But now, with the “Trial by Fire” tragedy spreading out like wildfire, we are all face-to-face with a horrible tragedy.

Exploring The Trailer Of Trial By Fire

Nothing too glamorous, yet the most gripping experience. The trailer for Trial by Fire begins by showcasing the ordinary lives of the Krishnamoorthy family. It then progresses to the kids, who wave their parents goodbye with an excited gleam, all dolled up for their movie time. But then, boom, nothing is simple anymore.

The fire has exploded, the smoke is choking people, and everyone is trying to get out intact. This frenzied zone soon turns out to be a grief-stricken household where the Krishnamoorthy parents have lost the smiles from their faces. It is truly one heartwarming trailer, and as Abhay Deol said, this is one of the most tragic experiences.

FOR YOU: Is Beast Of Bangalore Based On A True Story?

Where To Watch Trial By Fire Series?

The Trial By Fire is a new Netflix project that will be available to all of us on January 13, 2023. It is an emotional minefield brimming with tear bombs; come bearing that in mind.

Yes, the series is set in the 1990s and spans two decades.

What Is The Trial By Fire Series About?

The Trial By Fire series is based on the lives of two parents, Neelam and Shekhar Krishnamoorthy, who lost their kids to the Uphaar Cinema fire tragedy.

When Will Trial By Fire Be Released?

The Trial By Fire series will stream beginning January 13, 2023.

Is Trial By Fire Based On The Uphaar Cinema Fire Tragedy?

Yes, this crime drama series is centered around the Uphaar Cinema fire incident.

Are Neelam And Shekhar Real-Life People?

Yes, both Neelam and Shekhar are real-life people who sought justice for their kids and others who were trapped in the Uphaar Cinema tragedy.

Did Neelam And Shekhar Win The Legal Battle?

Yes, they did win the lawsuit after years of struggle and decades.

Is There A Book Based On Uphaar Cinema Fire Accident?

Yes, the Krishnamoorthy couple wrote a book about this accident and how it affected over 100 lives.

Is A Trailer Available For The Trial By Fire Movie?

Yes, there is a heart-wrenching trailer available for the movie Trial By Fire.

RECOMMENDED: Is Netflix’s CAT Based On A True Story?