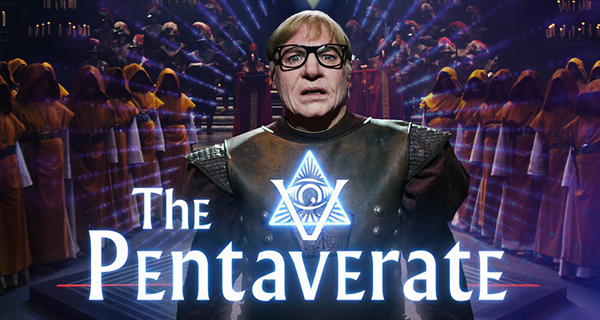 Have you ever watched the movie The Pentaverate? Netflix has a spectacular comedy series. Mike Myers (Austin Powers) produced The Pentaverate, which is based on Myers’ 1993 black comedy romantic film So I Married an Axe Murderer. This humorous show follows five guys who are members of a secret society that has been affecting world events since the Black Plague in 1937. However, things are about to change because a Canadian journalist has been tasked with exposing the secret society and, ultimately, saving the globe. The Pentaverate is a fantastic comedy mini-series that you should watch right now if you haven’t already. If you have, here are some more shows similar to The Pentaverate.

Only Murders in the Building

One of Hulu’s most popular programs, Only Murders in the Building, follows an unlikely trio as they try to solve a murder case in their building, the Arconia. Charles-Haden Savage, played by Steve Martin, is a semi-retired actor best known for his role in the popular 1990s police drama TV series Brazzos. Oliver Putnam (Martin Short), a financially constrained Broadway director, and Mabel Mora (Selena Gomez), who is now residing in a renovated flat that she is repairing for her aunt, are also in the cast. What binds them together, then? Simply put, they are all addicted to the same true-crime podcast.

So when a horrifying death occurs suddenly in their posh Upper West Side apartment complex, the trio deduces that it’s homicide and gets to work. Of course, due to their non- detective backgrounds, they aren’t able to investigate a criminal case effectively. They do, however, have the in-depth knowledge of genuine crime to trace down the murderer who lives among them. As the show unfolds, the narrative thickens, and our small group of folks looks to be keeping devastating secrets from one another. Season 2 of Only Murders in the Building will air on June 28, 2022.

Despite multiple counts of drug trafficking, attempted murder, assault, theft, and scores of bank robberies, the fictional drama series Clark follows the guy behind the slogan “The Stockholm syndrome” on his life path as he deceived the entire country of Sweden into falling in love with him. The series, created by Jonas Kerlund and based on the truths and lies disclosed in Clark Olofsson’s autobiography, gives a fictional take on one of the most contentious figures in contemporary Swedish history.

Kim’s Convenience started in 2016 and ended its award-winning five-season run in 2021, making it one of Canada’s most successful comedies of all time. The sitcom chronicles the hardships and tribulations of a Korean-Canadian family who owns and operates a convenience shop in Toronto, as well as the lives and loves of many members of their social and professional circles. The family’s father and mother are played by Paul Sun-Hyung Lee and Jean Yoon, respectively, while Andrea Ban plays their live-in daughter and Shang-Chi star Simu Liu plays their estranged son. The series is a homage to the value of family — both the families we’re born into and the ones we build for ourselves. It’s heartwarming, hilarious, and shockingly heartbreaking at moments.

Truth Seekers is a supernatural comedic drama series about a group of part-time paranormal investigators who band together to find and film ghost sightings across the United Kingdom, broadcasting their exploits on an online channel for all to see. However, as they use their homemade ghost-detecting gizmos to investigate haunted churches, underground bunkers, and abandoned hospitals, their supernatural encounters become more prevalent, scary, and even deadly, as they uncover a conspiracy that could bring Armageddon to the entire human race.

Lodge 49 is one of those movies that is initially difficult to categorize. The American comedy-drama is based on a fictional contemporary narrative about Dud (Wyatt Russell), a local ex-surfer and pool cleaner who is going through a rough patch after his father died in mysterious circumstances, all while his family’s business is collapsing. Dud, on the other hand, maintains his unshakeable optimism.

To top it off, Dud decides to join the Order of the Lynx (after being rendered purposeless by a near-fatal snake bite), hoping that this decision will help him restore the purposeful life he once had. He finds a new sense of purpose in the fraternity, as well as a community of other oddballs. All of that changes when an unpleasant shark attack is provoked by a complex web of events involving alchemy, real estate, and international lodge politics.

HAVE A GLANCE: 12 Best 3D Movies On Netflix That You Should Not Miss!

American Vandal is a 30 min true-crime satire from co-creators Dan Perrault (Honest Trailers and Tony Yacenda (Pillow Talking) ), as well as showrunner Dan Lagana (Zach Stone Is Gonna Be Famous), that follows the aftereffects of an expensive high school prank that left twenty-seven faculty cars vandalized with phallic images. A promising sophomore documentarian explores the contentious and possibly unjust expulsion of problematic senior (and renowned dick-drawer), Dylan Maxwell, over the course of the eight-episode season. The engrossing American Vandal, like its already legendary true-crime forebears, will leave one question on everyone’s mind until the very end: Who drew the dicks?

When a high school reunion goes horribly wrong, what happens? The Afterparty, an Apple TV+ comedy, demonstrates this. Detective Danner, played by Tiffany Haddish, is tasked with investigating the murder of an annoying classmate Xavier (Dave Franco) at a high school reunion after-party. Each episode focuses on a different character as the Detective deduces their possible intentions one by one until the surprising truth is revealed. The Afterparty is an excellent example of the market’s newest form of murder mystery, dubbed “the millennial whodunit.” The show focuses on how the characters discover their underlying motivations for their actions, which often revolve around seeking second chances, escaping the boredom of everyday life, or just seeking personal fulfillment.

The Afterparty concentrates on a specific character retelling the same night’s events in each episode. The distinctiveness of each episode is enhanced by the manner each character tells the story, which is often evocative of movie genres or tropes. In the guise of a lovely romantic comedy, former nerd Aniq (Sam Richardson) recounts the night. Chelsea (Illana Glazer), a former stunner turned hot mess, remembers the night as a bad horror movie. There’s also Zo (Zo Chao), who delivers the story in an animated film manner. Each character takes on a different film genre, leading to even more deviations from the truth and raising the suspense surrounding the true killer’s identity.

MUST READ: 10 Shows Like Mai: A Mother’s Rage That Is Worth Watching!

Have you ever wished to solve a murder mystery on your own? You can do just that with Murderville! Terry Seattle, played by Will Arnett, is a senior investigator who isn’t having the best of days. He’s going through a divorce with his ex-wife, Seattle Police Chief Rhonda Jenkins-Seattle (Haneefah Wood), and he’s still grieving the death of an old comrade who died in mysterious circumstances. Each episode of Murder in Successville, based on the BBC Three television series, has a guest star to assist Detective Seattle in solving a unique crime. What’s the catch? Before taping, the visitor is not given a screenplay and must improvise their way through the show as they try to figure out who the genuine killer is.

Murderville’s guest stars are given 30 minutes in each episode to explore all of the evidence and interview all three suspects. With visitors like former late-night host Conan O’ Brien, NFL running back Marshawn Lynch, and actor Kumail Nanjiani, you can expect them to end up in bizarre situations, particularly since they have no idea what to expect from Detective Seattle or the situation as a whole. Muderville’s undercover operations are fascinating enough on their own, but witnessing celebs adapt to bizarre situations to keep viewers involved is a great plus.

Inside Job is a mature animated comedy about the shadow government and the dysfunctional crew tasked with carrying out the world’s conspiracies on a regular basis. Navigating corporate culture at Cognito Inc. can be challenging, especially for anti-social tech prodigy Reagan Ridley, with its elaborate coverups, screened organizations, and veiled orgy manners. She’s the odd one out in a workplace full of reptilian shapeshifters and telepathic mushrooms because she believes the world could be a better place. Reagan believes she can make a difference if she can just control her crazed, manifesto-writing father, and her irresponsible coworkers, and get the promotion she’s always wanted.

Natasha Lyonne stars as Nadia, a woman trapped in a time loop who keeps reliving the same day over and over, dying in increasingly strange ways each time. She finally meets another man who is going through the same thing, and the two of them work together to figure out how to break free from the nightmare. The first season of this mind-bending series, which received four Primetime Emmy Award nominations, will keep you baffled and guessing all the way through. The streaming service launched a second, time-bending season on April 20.

READ MORE: 14 Shows Like Russian Doll That You Should Consider Watching! 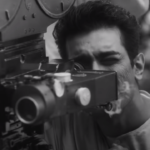