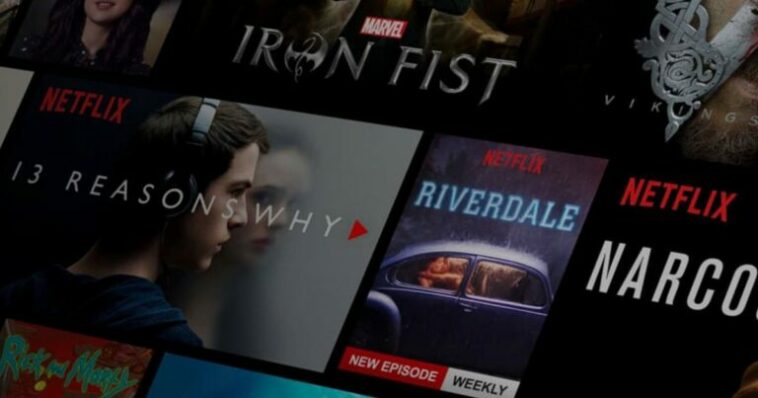 Netflix has been one of the most eminent and trusted digital platforms that are visited by thousands of people all around the world for entertaining themselves. Well, recently a never seen feature was added to the Netflix as it started streaming in 3D, letting the viewers not only watch the movie or enjoy the show but the experience it along with the characters present in it. Let’s dig deep to know more about it.

Certain movies stream on Netflix and have gained a lot of popularity with advanced 3D visuals, the top 12 of them are as follows:

One of the most cherished movies of late 2003, that makes the hustle and bustle of daily busy human life calm. It is the wonderful creation of David Chocron and Mark Spalding with the help of director Jean-Jacques Mantello. It featured the very eminent voice artist of all time called Geoffrey Bateman who narrated how calm and collectively the life underwater goes around. The 3D visuals all around the movie made the experience of watching it reach a whole new level as one could get a 360-degree view of the underwater species on their land deep under the ocean.

The name Beowulf itself takes us back to the  Old English epic poem based on the tradition of Germanic heroic legend by an unknown author, now in 2007, a  3D computer-animated fantasy action film was released which was directed as well as co-produced by Robert Zemeckis and the same time turned to a script by Neil Gaiman and Roger Avary keeping the essence of the story similar to the original. It was enriched as it featured the voices of  Angelina Jolie, Ray Winstone, Anthony Hopkins, Robin Wright Penn, Brendan Gleeson, and many more prominent personalities who narrated the story of the life of the gallant character of a warrior called Geatish. The 3D effect of the movie took added another layer of refinement to it.

This can be streamed in 3D on a platform called Netflix.

One of the most prominent action horror films of 2o10 was created by  Paul W. S. Anderson.  And have been the second sequel to the famous 2007 film called  Resident Evil: Extinction. With the advancement of technology the movie called Resident Evil: Afterlife was blessed with 3-dimensional visuals of every supernatural event that has been picturized here. It featured several eminent actors like Milla Jovovich, Ali Larter, Shawn Roberts, Sergio Peris Mencheta, Sienna Guillory, and many more who made this film a dream come true.

READ NEXT: Oscar Isaac Marvel And Other Movies: Read More To Know!

One of the most popular  Belgian-French 3D computer-animated children’s films which were created in the English language was created by Ben Stassen. It depicted the life of a  Green sea turtle called Sammy who unfortunately hatches on a deserted beach and its story comes back to her home to the sea while crossing over several obstacles is known as the famous film of 2010 called Turtle’s Tale: Sammy’s Adventures as well as  Sammy’s Adventures: The Secret Passage all around the world globally, which was very much enriched by the advanced technology of 3-dimensional animation which took the whole cinematography to another level.

This movie can be seen in 3-D on the platform called Netflix.

One of the prominent computer-animated comedy television series that contained a whole of 78 + episodes that feature Oscar who was mostly a lizard who happened to be living in a very non-specific desert having features that he is not comfortable with. This dessert lacked any basic characteristics that any normal dessert consists of and the journey of Oscar to survive through it and live his life was shown with perfection and the advanced dimensional animation was the cherry on the top.

One of the globally renowned adventure-drama films which were directed as well as produced by Ang Lee with the help of  David Magee writing the script for it. It featured some prominent names all around the world including the eminent actor named  Irrfan Khan from the Hindi cinema Industry precisely called Bollywood. It also featured Suraj Sharma,  Rafe Spall, Tabu, and Adil Hussain in lead roles as the story revolves around an Indian boy called Pai Patel who was the victim of a shipwreck and found himself struggling for life in midst of wildlife in the ocean to finding his way to somehow come back to the shore.

In 2014  a blockbuster movie found its name on the chart list to be an American superhero film based on the Marvel Comics character Spider-Man. It was directed by  Marc Webb with the help of eminent producers called  Avi Arad and Matt Tolmach. It did feature Andrew Garfield and Emma Stone as some of its lead characters as Andrew was seen in the suit of the spiderman similar to the first part of the series of this movie. The 3-D version of it was the moon in hand as it made the whole experience of watching this movie right at the top of the notch.

The very popular  American computer-animated monster comedy film was released by the joining hands of  Pixar Animation Studios with the Walt Disney Pictures. It was created by the famous American animator called Dan Scanlon who made his debut as a director with this particular movie. The story starts to revolve when Mike Wazowski was found to dream of becoming a Scarer rather than a monster in the world of humans. As the script proceeds, it was found that after 11 years, Mark was found to get enrolled in The Monsters Univesity which was abruptly called the MU. The story had its unique flavour of interest mixed with advanced 3-D animation which made it one of a kind.

One of the very famous science fiction thriller films was created by Alfonso Cuarón and is known for its Oscar-winning performance and is a milestone in the history of World Cinema. It is by far the best visual effect movie that depicted the outside world or the universe in a whole new way. The story had the life of  Sandra Bullock and George Clooney who were referred to as  American astronauts, stranded in space after the mid-orbit destruction of their Space Shuttle, and attempt to return to Earth. The 3-D animation used here is undoubtedly applauded to give the viewers a never seen experience throughout the entire movie.

ALSO READ: Who Is Shadow Knight In Marvel?

One of the eminent  American science fiction action films of  2014 was released as a result of joined ventures of certain big names like  Matt Reeves, Mark Bomback, Rick Jaffa, and Amanda Silver. With the perfect screenplay amidst advanced 3-dimensional visuals, it was an exceptional movie that was set Ten years after the global crisis of Simian Flu, which affected the human race pretty badly but the apes started to raise their head and establish their colony to fulfil their power of the planet.

It is available to stream in the 3D version on the platform called Netflix as well as Disney + Hotstar.

One of the prominent space opera films of 2015 that was created by the Wachowskis, it did star huge names of the entertainment industries like  Channing Tatum and Mila Kunis with Sean Bean, Eddie Redmayne, Douglas Booth, and many more. It tends to revolve around the story of the royalty of transhumans or aliens who were the creators of several planets like Earth and the life of Jupiter Jones who narrates her story to everyone.

The name itself is the definition of the entire British-American adventure drama film of 2018 which was directed by Andy Serkis with the aid of a screenplay by Callie Kloves. It does go around the famous character of Mowgli from  All the Mowgli Stories by Rudyard Kipling. Many interpretations of the same story have been seen for years now but this one was the better version with its all-new 3-dimensional visual technology marking its way up and making it one of the people pleasers of all time.

MUST READ: What Are The Powers And Abilities of The Love Hashira Mitsuri Kanroji? 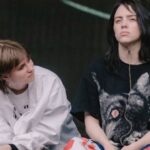 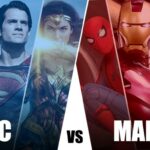