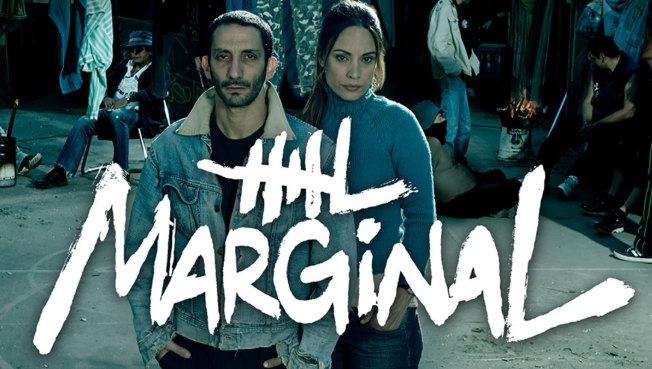 El Marginal is a popular Argentine TV series based on Crime Drama. Consisting of three seasons, the show stars some Amazing Artists like Juan Minujin, Nicolas Furtado, Claudio Rissi, Martina Gusman and Gerardo Romano. It was nominated for a lot of awards Including the Martin Fierro Awards and was also awarded for Best Miniseries and Best Writing.  The series initially aired on Television Publica Argentina TV channel but because of its ongoing craze, it was acquired by Netflix. After getting critically acclaimed, the series came up with a second season in 2017 and then the third one in 2018. The Genre that this series falls under is quite popular as many people love watching Sappy Crime and Thrilling Dramas.

If you have enjoyed watching EL Marginal, here are 10 such Similar Shows/Movies that you should consider watching-

Fearless, aired in 2017, is a British Crime Series created by Patrick Harbinson. The story follows a human-rights lawyer trying to prove Kevin Russell, a murderer, innocent and believes that his conviction and imprisonment were fallacious. She goes to great lengths to discover the truth about the murder. Directed by Pete Travis, Fearless is full of power-packed performers Including Helen McCrory and Sam Swainsbury in the lead roles, Jonathan Forbes, Wunmi Mosaku, John Bishop, Emma Hamilton, Rick Markham and many more artists portraying other significant characters in the series. The show debuted on ITV on 12 June 2017 and received some amazing reviews from the audience as well as the critics.

The Six-part season of Fearless is available to watch on Netflix and Amazon Prime.

Talking about Mystery and Suspense, Harrow is another intriguing show on the list. Created by Stephen M.Irwin and written by Leigh McGrath, this Australian Drama Series revolves around a forensic Pathologist Daniel Harrow, solving a specific case along with an assistant police officer and fellow pathologists. Apart from the main plot, we also see the story revolving around Daniel’s Private Life concerns. It is quite interesting to see the empathy that he has towards the dead and the way he is willing to give a voice to the dead victims, in order to find out what really happened to them. Consisting of three seasons of 10 episodes each, this medical drama series stars Ioan Gruffudd, Jolene Anderson, Mirrah Foulkes and Remy Hii in the main roles along with many other artists in supporting roles.

All the three seasons of Harrow are available to watch on Hulu and Amazon Prime Video.

True Detective, created and written by Nic Pizzolatto, is a crime drama series consisting of three seasons, where each season is structured differently. All three seasons have a new narrative and a new cast that follows different sets of characters and settings. The first season follows the story of two detectives and their tracking of a serial killer for over 17 years. It stars Matthew McConaughey, Woody Harrelson, Michelle Monaghan, Michael Potts, and Tory Kittles. The second season starring Colin Farrell and Rachel McAdams focuses on three police departments and a businessman while they investigate various crimes related to a political murder. And the final season that aired in 2019, revolves around three different time periods with a pair of State Police detectives investigating a macabre crime of two missing children. All the three seasons are alluring in their own way and if you are a Die hard fan of good thriller content, this is the show for you!

True Detective is available to watch on Disney+Hotstar.

Another incredible crime drama show on the list is Hidden, created by Mark Andrew and Ed Talfan. It was initially aired in its original language Welsh under the name Craith. Later, the English version of “hidden” was broadcast on BBC. It includes multiple human stories about crime and why they committed it. Starring Sian Reese-Williams and Sion Alun Davies in the lead roles; Nia Roberts, Victoria Pugh and Lowri Izzard as the rest of the cast, Hidden is super gripping thriller with some psychological elements too, which make it an enjoyable watch.

Riverdale is one of the most popular teen dramas to air on OTT platforms. Based on the characters of Archie Comics, it is a mystery drama adapted by Warner Brothers. Developed by Robert Aguirre Sacasa, the story focuses on a group of teenagers trying to unravel a teenage murder that takes place in Riverdale town. It is a must watch if you are between the age of 14–21.

All the six seasons of Riverdale are streaming on Netflix.

Created by Leah Rachel, Chambers is a supernatural series starring Uma Thurman, Tony Goldwyn, Sivan Alyra Rose, and Marcus LaVoi. Chambers follows the story of a teenager who, after receiving a heart transplant, is haunted by unexplained visions. As the visions grow more troublesome and happen more often, she begins to unravel the horrifying circumstances and conspiracy that led to the donor’s mysterious death. The first season received a lot of amazing reviews from the audience, however, the series did not return with a renewed one.

You can watch the first season of Chambers on Netflix.

Quicksand is yet another crime drama series based on a book of the same name. It was initially released in Swedish language and later in English. The series stars Hanna Ardehn, Felix Sandman, William Spetz, Ella Rappich, David Dencik, Reuben Sallmander, Maria Sundbom and many more amazing artists. The story begins when a shooting takes place at a high school and Maja Noberg, an 18-year-old is arrested as a suspect in the murder followed by the trial as to why the murder was committed. Like in the novel, here too the story is told from the protagonist’s perspective.

Quicksand is streaming on Netflix.

Created by Omri Givon, The Grave is an Israeli drama/thriller series with a rather interesting plot which focuses on an earthquake that unravels several human skeletons in a large pit. Later, when the bodies are investigated, it is found that the three dead bodies in the pit are actually of three living human beings. Its got a lot of thrill in its plot along with horror elements that make it even more intriguing to watch. The 8 episode series stars Liana Ayun, Michal Kalman, Tsahi Halvi, Daniel Schwabe, Nadav Netz and Shalom Michelashhvili.

The Grave is available to watch on Hulu.

Dead Lake is a 2019 Russian series revolving around a Moscow Police Officer who is sent to Northern Russia to investigate the local Oligarch’s Daughter’s Murder. The plot is as simple as it gets but it is superbly paced making you all the thrills and nerves. The original series is in the Russian language but one can watch it with English subtitles. Dead Lake, consisting of a total of 8 episodes, has been critically acclaimed and also won many awards for its classic crime plot. The cast of this series consists of many Russian artists including Liana Ayun, Michal Kalman, Tsahi Halevi, Daniel Schwabe, Nadav Netz and Shalom Michelashvili.

Last but not the least, The Blacklist is another American Crime Thriller series that follows Raymond Reddington, a former Navy officer turned criminal who voluntarily surrenders to the FBI after eluding capture for decades. He tells the FBI that he has a list of the most dangerous criminals in the world which he has compiled over the years, and is willing to inform on their operations. The series has a stellar cast Including James Spader, Megan Boone, Ryan Eggold and many more.

The Blacklist is streaming on Netflix and Peacock.