Slice-of-life dramas like Gullak and Sharmaji Namkeen have provided a welcome break from the typically violent and crime-laden dramas available on OTT platforms in recent weeks. Home Shanti from Disney+Hotstar is the latest addition to this joyful list. Home Shanti, starring veterans Supriya Pathak and Manoj Pahwa, is about a Dehradun-based family that is on the verge of realizing their ideal home after spending virtually their whole lives in government quarters. The strength of Home Shanti resides in its simplicity, characters, and no-frills treatment. Its predictability may bog you down a little, but if you want to devote 3 hours to a breezy and comfortable viewing, don’t miss it.

The Joshi family’s efforts to build their dream home are the subject of Disney+ Hotstar’s new slice-of-life comedy series Home Shanti. Supriya Pathak and Manoj Pahwa star in the film directed by Aakanksha Dua. As previously stated, the film is available on Disney+ Hotstar. However, there is no accurate information on the season 2 release date. If we will get any information we will update it soon.

Sarla Joshi (Supriya Pathak) is a vice-principal at a government-run school in Dehradun and an English teacher. Her family is expected to evacuate the teachers’ quarters within 10 months after her retirement. Her laid-back poet spouse Umesh (Manoj Pahwa) spends the majority of his time penning rhymes or listening to cricket commentary. Their eldest daughter Jigyasa (Chakori Dwivedi) is a college student on the edge of adulthood, while their youngest son Naman (Poojan Chhabra) is a troublemaker.

Home Shanti is well-intentioned but too basic, and the ending leaves you wanting more. As a result, it’s difficult to warm up to this family and believe in their desire. This isn’t to say the show isn’t worth seeing. It’s lovely in sections, especially when the husband and wife are having emotional times. In reality, it’s the emotional component, not the humor, that creates a lasting impression. Every episode closes with a voice-over that describes the daily struggles and financial woes of a middle-class family of four in a small town, as well as the everyday altercations amongst siblings over petty topics. The series concludes with a hint that there may be a second season, and one wishes the authors will give the two children more depth.

The family goes through numerous peaks and troughs while attempting to get their house built in the six-episode miniseries, which is directed by Aakansha Dua. Each episode presents a different difficulty, ranging from locating the ideal architect to dealing with overpriced interior decorators and crooked bureaucrats. Frequent sibling banter often leads to severe disagreements.

Where To Watch Home Shanti Online?

On May 6, 2022, the film Home Shanti was released. This program is accessible in the following languages: Hindi, Telugu, Bengali, Tamil, Malayalam, Marathi, and Kannada. The show’s main ensemble includes Chakori Dwivedi and Poojan Chhabra. If you are a Hotstar subscriber, you may watch the show online. Home Shanti is a comedy and drama film

Home Shanti choices Disney+ Hotstar subscribers can view the film starring Poojan Chhabra and Chakori Dwivedi. As you can see from the list above, the film features a diverse cast of people, so sit back and enjoy it with your family and friends. The movie’s premiere date, as well as the fake trailer information, is listed above. For many of these Binge watchers, Home Shanti has been on their radar. The film would be intriguing to watch because the filmmaker has gone to extraordinary lengths to ensure the success of the film. 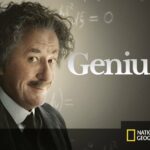 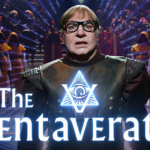