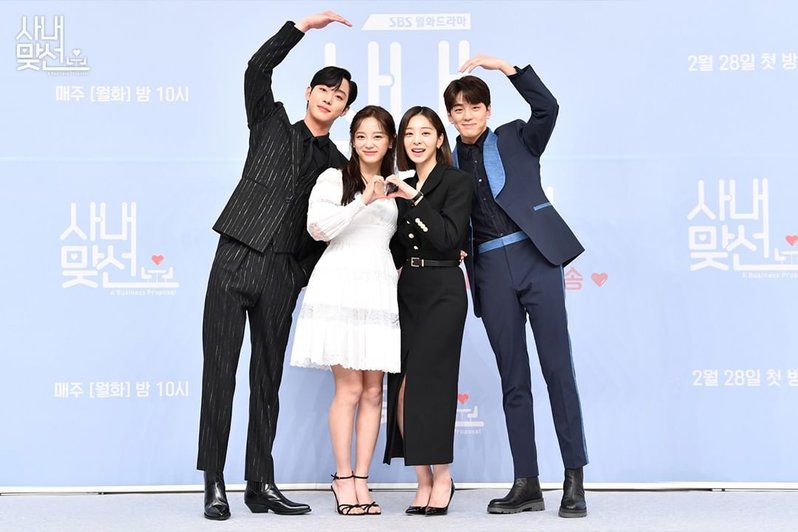 Love stories are everyone’s favorite, and who does not like this genre. Watching it with your partner blossoms love and trust, but love does not always come easily, and that is to show briefly in today’s series. Created by Kakao Entertainment and StudioS in the direction of Park Sun-ho, Business Proposal is a South Korean television series that is based on The Office Blind Date by HaeHwa. Written by Han Sul-hee and Hong Bo-hee, the series got released on SBS TV on February 28, 2022, and revolves around a cute blind date love story that happens between Shin Ha-ri and Kang Tae-mu.

Shin Ha-ri goes on a blind date with Kang Tae-mu in place of her best friend Jin Young-Seo. But, the problem starts when Kang Tae-mu decides to marry Shin Ha-ri, and later on, when her fake identity is exposed. The series got 9 ratings on IMDb and MyDramaList and was liked by 98 % of people. Well, in this article, there are 10 shows provided just like Business Proposal, and you can watch them if you have watched Business Proposal.

Written by Baek Mi-Kyung and directed by Lee Hyung-min, the first series in the list is Strong Woman Do Bong Soon, which got released under Drama House and JS Pictures. The series premiered from February 24, 2017, to April 15, 2017, and it revolves around the love story of Do Bong-soon, a girl born with supernatural powers, and Ahn Min-hyuk, CEO of a gaming company Ainsoft. Well, at first she wants to become an ideal lady to impress her crush In Guk-doo, but as she soon gets a bodyguard job in Ainsoft, she gets attracted to Ahn Min-hyuk, and they both grow a romantic relationship. The series was a commercial hit and became one of the highest-rated Korean dramas. It got 9 ratings on IMDB and MyDramaList, and has also won many awards and nominations. Well, if you love to watch bossy love stories, then this series will be an ideal suit for you.

Where To Watch Strong Woman Do Bong Soon: The series was released on JTBC, and it is also available for streaming on Netflix and Disney+ in selected territories.

2. Dali And The Cocky Prince

Also known as Dali and Gamja-tang, the series is written by Son Eun-Hye and Park Se-eun in the direction of Lee Jung Seob and released under Monster Union and Copus Korea. Revolving around a cute love story of Kim Dali and Jin Moo-hak, it aired from September 22, 2021, to November 11, 2021. Kim is the daughter of a prestigious family having a struggling art museum, while Moo-hak is a restaurateur, who meets with her to take back his debt. But, rather than taking his money back, he helps her in recovering from the problem. The series received a great and a good response from the audience and the critics, gaining more than 9 ratings on every platform.

Where To Watch Dali And The Cocky Prince: You can watch all episodes only on the KBS2 network.

Also known as The Truth Delivered, Touch Your Heart is based on the web novel of the same name that is written by Lee Myung-suk and Choi Bo-rim in the direction of Park Joon-Hwa. It is a romantic comedy that aired from February 6, 2019, to March 28, 2019, and has received satisfying ratings from the audience. Its story is very much liked by the viewers and has been named for many awards. How will it be when a top actress has to do a secretary job under a lawyer, just to clear her name secure success? This series exactly shows the same situation.

Oh Jin-shim, known by her stage name Oh Yoon-Seo has a scandal that damages her career. She was jobless for over two years, and she finally got a chance to do a major role in an upcoming movie, but was it all that easy? No. She first has to take the job of working as a secretary under the lawyer Kwon Jung-rok, but that all changes both. They both fell for each other, and the rest is the suspense. To know everything, watch it soon.

Where To Watch Touch Your Heart: The series got released on tvN network, and you will find all episodes there.

Nearly with 10 ratings, What’s Wrong With Secretary Kim is also known as What’s Wrong Secretary Kim and is based on a novel of the same name by Jung Kyung-Yoon which was then published as a webtoon in KakaoPage. Airing from June 6, 2018, to July 26, 2018, it is written by Jung Eun-young and directed by Park Joon-Hwa. Released under the production of Bon Factory Worldwide, the series revolves around Lee Young-Joon and his secretary Kim Mi-soo, who announces to resign from her post after working for him for 9 years. Well, as he requests her to not leave the position, he also takes help from his best friend, and soon Young-Joon and Mi-so learn about their past traumatic experience of being kidnapped. Revolving around a complete mystery with love blossoming in between it, this is one of the best and highly rated series that has won many awards too.

Where To Watch What’s Wrong With Secretary Kim?: The series is available to watch only on tvN.

5. The Secret Life of My Secretary

Also known as How To Train My Blind Boss, the series is written by Kim Ah-jung in the direction of Lee Kwang-young. Released under the production of Beyond J, the series ran from May 6, 2015, to June 25, 2015, the series has gained good ratings and received more than 9 ratings. What happens when you or any of your friend loses the ability to recognize faces, and you only recognize the one who you loves? Well, this series also revolves around the same pattern. The department manager of a mobile company has lost this ability, and he teams up with his secretary to know who is his friend and foe. Well, doing so, he fell in love with her completely. Will he be able to recognize her face always? To know it, you should watch the series first.

Where To Watch The Secret Life of My Secretary: A long 30 to 40 minutes series released on SBS TV.

Written by Lee Si-Eun in the direction of Kim Sang-hyeop, the series is released under Bon Factory Worldwide and Studio N, and is based on a Line Webtoon of the same name. Premiering from December 9, 2020, to February 4, 2021, the series revolves around how makeup can transform someone into a prince or princess, and how bullying someone adversely affects that person. Im Ju-Kyung, an 18-year-old girl is being ignored by her family and bullied by her peers, as they perceived her as ugly. She decides to transform herself with the help of make-up, and she did the same too.

On the other hand, Lee Su-ho, her classmate, who is very popular among female friends wants an alone space and always be in his world. Actually, he was dealing with his past incident that even broke his relationship with his best friend, but as the three persons get to each other deeply, they find comfort in each other presence. Well, the series is a masterpiece and received great applause from the audience

Where To Watch True Beauty: The series is released on tvN.

Premiering from May 3, 2021, to June 8, 2021, Youth of May is a South Korean television series that got released under Story Hunter Production and is created by Moon Jun-ha (KBS Drama Production). Written by Lee Kang and directed by Song Min-yeob, the story has a small part of Business Proposal. Youth of May is set in the year 1980 during the Gwangju Uprising, and follows the love story of medical student Hwang Hee-Tae and nurse Kim Myung-Hee.

They also met like Shin Ha-ri and Kang Tae-mu in the Business Proposal. Hee-Tae goes on a meeting arranged by her father and met with Myung-Hee, who also agreed to attend the meeting in the place of her friend Soo-Ryeon, to get an airfare to study in Germany. Well, their love blossoms amid the democratic rivalries.

Where To Watch Youth of May: You can watch the series on KBS2.

Airing from July 4, 2014, to August 23, 2014, the series is a South Korean television series, that is written by Joo Hwa-mi and directed by Song Hyun-Wook with Lee Jong-Jae. The series is a story of two opposite persons; one who has no interest in marriage, and the other one who thinks that marriage is all she deserves. Gong Gi-tae is a medical surgeon while Joo Jang-mi is a shop-girl. To finally give up with the marriage proposals that his parents give him, he decides to bring Joo Jang-mi with him, posing her as his girlfriend. But, will it be that easy for those two persons with opposite desires? Watch it now to know.

Where To Watch Marriage, Not Dating: All episodes released on tvN network.

Written by Hyun Go-Woon and directed by Kang Cheol-woo, the series aired from
and revolves around the pretend marriage relationship of Lee Jae-in, heir of a wealthy family, and Kim Da-Hyun, a teacher. Actually, the person who was behind their meeting was the grandfather of the heir, and the heir has to marry her to get the family’s fortune. Their story had a rough start, but they fell deeply for each other, and then the romantic thing completes.

Where To Watch Something About 1 Percent: You can watch the series on Dramax.

Also known as My Shy Boss and Sensitive Boss, the series is written by Joo Hwa-mi and directed by Song Hyun-Wook. It is a Korean television series that aired from January 16, 2017, to March 14, 2017, and revolves around the love story of Eun Hwan-ki and Chae Ro-Woon. Eun is a shy CEO of a company, and due to his introverted nature, nobody knows him well. Chae joins her company and soon fell for her. She is an energetic girl who gets appreciation by doing good and hard work. She vows to know him well and to reveal who he is.

Where To Watch Introverted Boss: The series is available for streaming on tvN. 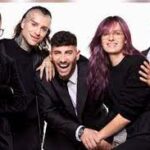 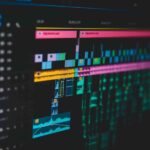