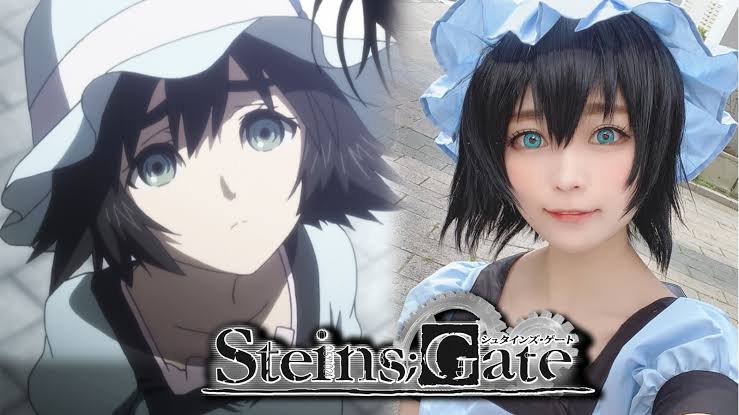 The TV series Steins Gate was released in 2011. The anime was created by the animation studio, White Fox. It is a psychological thriller and science fiction. The series has been directed by Hiroshi Hamasaki, Takuya Satō and Tomoki Kobayashi. The series ran from 6 April 2011 to 14 September 2011. A total of 24 episodes were released by the makers. The Jukki Hanada written series follows the life of Rintaro Okabe. The premise is set in the year 2010. The story progresses as Okabe and his friends discover a method of time travel.

The series had released widespread love and acclaim upon release. If you are also a fan of anime, keep on reading for a list of movies similar to Steins Gate.

Much like Steins Gate, Erased is a time travel anime. There are a host of similarities in the basic plotlines of both series. Both have likable characters experiencing time travel. What makes Erased one of its kind is its intelligent incorporation of various elements to develop a murder mystery. We dive into the surreal past of the characters as the protagonist struggles to solve the intricate evidence.

The plotline and well-sketched characters of Durarara make it a must-watch for viewers that have liked Steins Gate. The story revolves around a young boy named Mikado. It is set in the center of Tokyo in Ikebukuro. Upon the insistence of his childhood friend, Kida, he transfers to her school.

The suspense arises when he encounters the headless legend who is on the lookout for his head. Post this encounter, supernatural elements follow Mikado wherever he goes.

The Tatami Galaxy is not like Steins Gate in being a time travel anime. It does however share a lot in common with the series. The Tatami Galaxy is a beautiful depiction of how the choices of individuals impact their lives. It shows the consequences of choices and behavior with the usage of imagination.

The series revolves around Watashi, a young college student. Watashi’s only dream is to have a smooth college life. However his arrogance (behavior) and his mischievous friend Ozu (choices), often pose as a roadblock. With each passing episode, we get to know how different could his life be if only for his choices. The series makes use of humor to present a commentary on the series.

MUST-READ: 10 Interactive Web-Series On Netflix That Everyone Must Watch!

The premise of Another revolves around the obscure death of a high school student. The girl Misaki was amongst the brilliant names of the school. She was also well-liked by her classmates. The mystery behind her death seems to impact people on a deeper level. A great many strange incidents follow the death, causing much ado.

An increasing number of students share the strange visions they have been experiencing. They hallucinate Misaki being alive. All breaks lose when Misaki’s rotting corpse is observed in place of her on the yearbook photographs.

The Monogatari series is a sci-fi anime. It has a wide ensemble of talented actors in its cast. The series could very well be considered a harem show. However, it narrowly escapes that zone by delving deeper into the emotional states of all the characters. The makers chose to depict the psychological process of their minds rather than create a shallow character.

The weakness of the anime lies in its attempt to show its viewers all the layers at once.

Robotics is set in the year 2019. The anime shows a world well accustomed to technology. The plot revolves around two friends named Kaito Yashio and Akiho Senomiya. The duo of friends is trying their best to save the robotics club. If you are a fan of mystery animes like Steina Gate, Robotics is a must-watch.

7. Rascal Does Not Dream Of Bunny Girl Senpai

The premise of this Sōichi Masui directed anime revolves around the life of Sakuta Azusagawa. The protagonists’ life experiences various twists and turns when he meets Mai Sakurajima, a teenage actress.

All the characters of the anime go through their phases of adulting. It shows the part of the characters that are less than funny. It tells us that there is always more to a character than what meets the eye. The characters deal with their demons as the story progresses.

NEXT-READ: Anime Characters Like Zero Two You Will Love!

Hikikomori is the term used for describing people who chose to isolate themselves. People with severe internet addictions, refuse to come out of their homes. This has become a widespread problem in Japan.

The premise follows the life of Tatsuhiro Satou. A former university student, Satou leaves school despite knowing that his mother is sending her hard-earned money for his school expenses. He strongly believes that he is the victim of a conspiracy.

9. The Melancholy Of Haruhi Suzumiya

Based on a light novel of the same name this anime is considered a community staple. The high school drama genre received its roots from this anime. For fans of Steins Gate, this series is everything you would love.

On the surface level, Gintama is very different from Steins Gate. This anime is sci-fi. It uses the different quirks of its characters to drive the story forward. Despite the obvious differences, Gintama aims for a similar place as Steins Gate.

Gintama is the best at what it does. It is the best that exists in the genre of anime comedy. It has rightly been given the tag of the king anime. It makes use of various pop culture references. The anime, on various occasions, takes jabs at otaku culture. Due to its weak premise, Gintama allows the inclusion of high concept adventures.

Serial Experiments Lain is the predecessor of Steins Gate in the sci-fi and suspense department. The premise of this anime is set in a technology-dominated world. It revolves around Lain’s introduction to the digital world.

The series is a great example of suspense in anime. It also has a major role in wonderfully showcasing the perception of the digital age. It becomes apparent over time how the series has played a major role in influencing the likes of The Matrix.

Space Dandy has an ensemble cast playing the quirkiest of characters. It is a breath of fresh air in the ambitious zone of sci-fi. The show has been created by Cowboy Bebop and Shinichiro Watanabe. The story revolves around the various ways in which Dandy and his crew are exploited. All this while Dandy is busy exploring space for a new form of alien life.

If you are a fan of Steins Gate, the probability is high that you would enjoy watching Space Dandy as both the anime are in the same space, ambition-wise.

ALSO READ: 10 Series Like No Good Nick That One Should Watch!