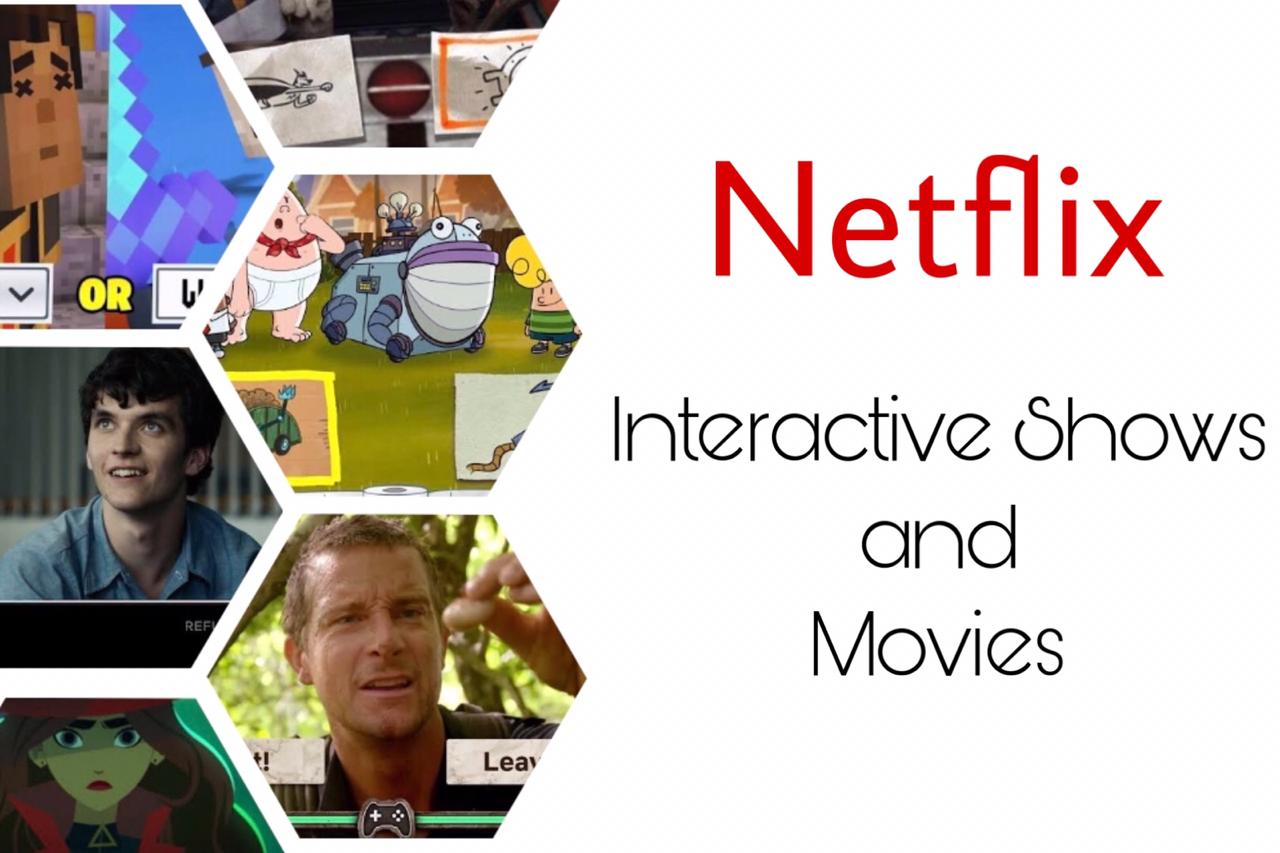 Netflix is one of those streaming platforms that like to experiment with new things from time to time. With a competitive market like that of streaming services, Netflix has come up with some very inventive ways to keep people hooked to its platform. With blockbuster shows and movies, Netflix now has introduced a category called “interactive specials”. In these special movies and shows, the viewers get options to select the course of the movie or the show.

These interactive specials have various endings and climaxes depending on the choice the viewers make. This concept was released by Netflix two years ago and was an instant hit among the viewers, especially the younger ones. The concept is similar to pick-your-own-plot kind of games. Here are some of the best interactive specials on Netflix that will blow your mind.

An American interactive special series on Netflix, You vs. Wild was released in 2019. It is an adventure-packed show with Bear Grylls navigating through scary and harsh environments while the users have to make important decisions for their survival. Every choice leads to a different plotline, with Bear Grylls asking the viewers directly to make their choice when needed. The options vary from scaling a cliff to scrambling along the coastline and can be selected by tapping on the screen. There are a total of 8 episodes in the full season of You vs Wild.

2. The Last Kids on Earth: Happy Apocalypse to You

Directed by Steve Rolston, The Last Kids on Earth: Happy Apocalypse to You is an interactive special season based on the original show. The plot is based on a children’s book series of the same name. In the previous three seasons, the lead character Jack teams up with his friends to survive a zombie apocalypse. The events in this interactive season take place after the apocalyptic event. The plot follows Jack trying to throw June a post-apocalyptic birthday party. Whether he can pull it off or not is up to the viewers.

3. Puss in Book: Trapped in an Epic Tale

Based on Shrek’s character of the same name, The Adventures of Puss in Boots streamed on Netflix from 16th January 2015 to 26th January 2018. This animated comedy series has a total of 6 seasons. Based on this, Netflix released an interactive special called “Puss in Book: Trapped in an Epic Tale” on 20th June 2017. It features Puss stuck in a fairy tale book. He has to find his escape through different stories like Sindbad, Goldilocks, Snow White, and many more with the help of the choices that the viewers make.

Black Mirror: Bandersnatch is a Netflix interactive special movie based on the Netflix science fiction series Black Mirror. This movie premiered on 28th December 2018. Until its release, Netflix did not label it as an interactive special. The release date was also officially announced the day before its premiere. The plot is immersive and nonlinear that follows branching narrative storytelling. It allows the viewers to choose from several options which determine the final unfolding of the plot.

One of the rare collaborations between WWE and Netflix, Escape The Undertaker is yet another interactive special game on Netflix. The premise of this special is a little ludicrous and a lot more hilarious. In this special, famous wrestler and master of the macabre, The Undertaker draws his strength and power from an urn. He keeps the urn locked in his haunted mansion. A three-man tag team representing the newer generation of the sport tries to take the urn so that they can also have its power. The viewers are allowed to make choices to guide the tag team safely out of Taker’s lair after they steal the urn.

Released in 2020 Unbreakable Kimmy Schmidt: Kimmy vs the Reverend is another Netflix interactive special movie. It is a sequel to the American sitcom Unbreakable Kimmy Schmidt. The show was created by Robert Carlock and Tina Fey and the episodes were directed by Claire Scanlon. The star cast includes Ellie Kemper, Carol Kane, Tituss Burgess, Jane Krakowski, and Daniel Radcliffe. In the movie, the viewers are to choose from various options and make sure that author Kimmy Schmidt escapes Reverend Wayne’s evil plan before marrying Prince Frederick. The choices impact how the story will end.

Directed by Harry Chaskin Buddy Thunderstruck: The Maybe Pile is a Netflix cartoon interactive special. It was written by Thomas Krajewski and was released on 14th July 2017. It is based on a comedy series called Buddy Thunderstruck which was released on 10th March 2017. In the following interactive special, the characters from the original series, Buddy and his handyman ferret friend Darnell experiment with different ideas which end up with them being in hilarious situations. The viewers are allowed to make choices as their ideas unfold.

Directed by Todd Grimes, Captain Underpants: Epic Choice-o-Rama is a 37 minutes long interactive special on Netflix. It was released on 11th February 2020 and is written by Mark Banker. In this interactive special, the plot follows the characters of Captain Underpants animated movies. With the help of the viewers, George and Harold try to stop their nemesis, Krupp, from blowing off their favorite treehouse. The outcome of this short movie depends on the choices made by the viewers.

In this 20 minutes long interactive special by Netflix, Johnny Test, and Ducky try to save themselves from the wrath of their dad’s terrible meatloaf. With the help of the viewers, they try to replace their original dinner with a better meatloaf recipe. The viewers are required to choose from various options in order to select the perfect meatloaf. This interactive special was released in 2021 and is directed by Tim Stuby and Jim Miller.

The Boss Baby: Get That Baby! is a Netflix interactive special directed by Matt Whitlock, Pete Jacobs, and Dan Forgione. The viewers are matched with one of the 16 jobs at Baby Corp depending upon the choices made during this 24 minutes long special. The characters are from the Boss Baby movie and TV series. This special was released in 2020.

ALSO READ: HOW MANY DR. STRANGE MOVIES ARE THERE? KNOW HERE!