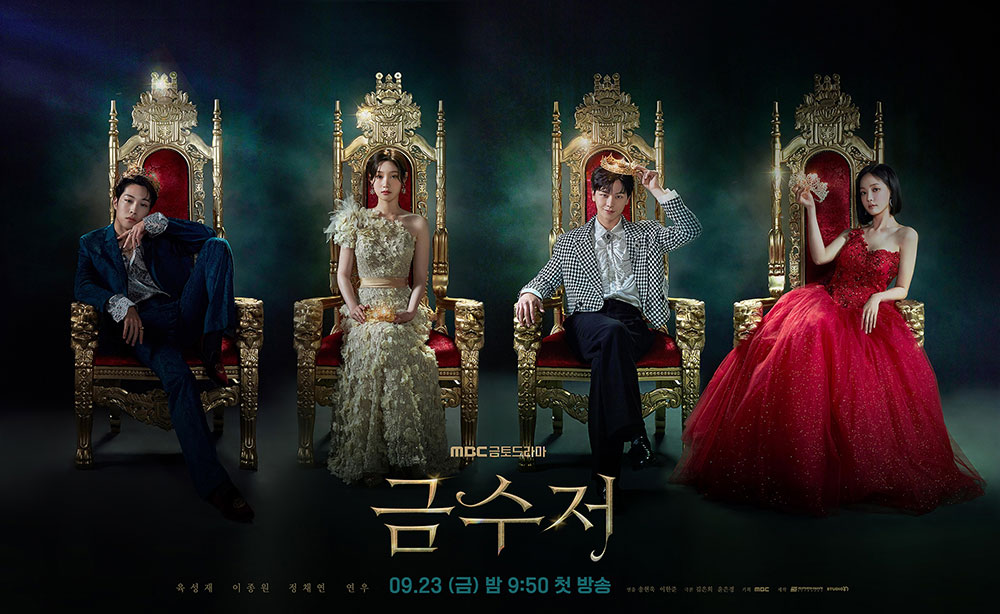 Fans were also excited to see Chae Yeon and YeonJin as the main leads of this drama. Overall, many fans were waiting for this drama to get released and after it got released, fans are having a hard time saying goodbye to this drama.

The Golden Spoon is based on the popular Webcomic Geumsujeo by gp04fb. The writers of this drama are Yoon Eun Kyung and Kim Eun Hee. The Golden Spoon premiered on September 23 and officially wrapped up on November 12, 2022.

This drama is very interesting and we can not deny that fans keep on hoping to see more of it. So, now there are many questions circulating all over the Internet about the second season of The Golden Spoon. If you are looking for the answers then you can find all the essential information about The Golden Spoon here.

Well, SungJae did not fail to showcase the role of Seung Cheon very well and he indeed showed us that he is one of the most talented Idol-actors that we have ever come across and the same thing goes for Chae Yeon and YeonJin. Jong Won also did a very good job playing the role of Tae Yong.

Keeping all these things in our mind, the only thing we can assume now is that there will not be a second season of The Golden Spoon. We can hope to see the same star cast in another drama.

MUST-READ| What Are The Expectations About Reborn Rich Season 2 Release Date?

But let’s assume that there would be a second season then what would be the storyline of the second part? Well, most probably we could have gotten to see more of Seung Cheon and Juhee. Do you have any theories to share with us?

If you want to figure out the star cast of the first season of The Golden Spoon then you can check it out below.

The Golden Spoon is a fantasy drama that depicts the deteriorating life of Lee Seung Cheon who is a school student and also a very poor guy.

One day, Seung Cheon finds a golden spoon and eats three meals at the house of Tae Yong, who is the most popular guy at the school as well as the richest one.

Finally, Seung Cheon lives the wealthy life he desired but things did not go according to his wish. He started to face more consequences for swapping the place with Tae Yong.

Swing Cheom starts to lose his real family, his love, and friends, does money bring back his old self and love? What will happen to Seung Cheon? If you are curious to know then check out the whole drama on Disney+ Hotstar.

MUST-READ| The Glory Ending Explained: What Happens At The End Of The Show?

What happened in the last episode of The Golden Spoon Season 1?

The last episode of The Golden Spoon was filled with twists and turns. Well, it was the last episode so definitely many surprising things happened and the drama wrapped up pretty well.

If you have seen the whole drama and all episodes of it then you must have already been aware of the ending, but if you have not seen the drama then the following statements are huge spoilers for you.

In this episode, Seung Cheon decides to go live separately with Juhee. He made his father (Tae Yong’s father) go to jail on evidence that he killed the real father of Tae Yong.

Now he asks Juhee to wait outside his home and go inside to get his clothes and spoon and everything. So he put the spoon inside his pants pocket.

Now that father hired someone to make a juice with poison in it and then we saw the maid giving it to Seung Cheon to drink it. He was drinking it and then he suddenly stopped.

Juhee was standing outside when she heard noises from Taeyeong ‘s stepmother that Tae Yong had died. They were crying and then the farmer came out. The farmer was Seung Cheon.

So what happened was the farmer (Na In Woo as Han Sung Hoon) was eating at Tae Yong’s house. While Seung Cheon was inside, he completed his third meal in his home and Seung Cheon and Sung Hoon swapped their places.

Now the farmer is Seung Cheon and Seong Cheon is a farmer. The moment Seung Cheon came outside, he said “I am hungry” and then many years passed.

Real Tae Yong published his book on The Golden Spoon and it was a big hit. Juhee was still working at the same place. Surprisingly, Yeo Jin got married to Jang Gun and they had a baby together.

Also, Seung Cheon’s sister got married to the handsome bodyguard of Tae Yong, Jang Mu Ni. And that evil father was given bail but he was paralyzed. Due to the medicines given by his wife (Because that father had killed her son- Mr smile). Then she said, You deserved it and you can’t even move, and then she revealed that Mr. Smile was the son of that guy only.

Yeo Jin’s baby was kidnapped by her real father too. And then there was news that a farmer has become a millionaire with his products. Juhee was made to interview him and it turns out that it was Seung Cheon.

He told Juhee “I just want that no matter what, my loved ones are able to find me”. The last episode of The Golden Spoon gave us a roller coaster ride of emotions and many fans enjoyed the last episode.

MUST-READ| The Glory Characters: Find Out Who Makes This K-Drama A Blockbuster!

We all remember how fans started to trend #thegoldenspoon when the trailer for the first season was uploaded on MBC. So we can imagine the craze this drama has and we can also imagine the reaction of the fans if they get to witness the official trailer for the second season too.

You can watch the official trailer for the first season of The Golden Spoon on YouTube. You can also watch the trailer above. The link is attached above, so you can easily click on the link and watch the whole trailer which has been officially uploaded by Disney+.

Where To Watch The Golden Spoon Season 2?

You can watch The Golden Spoon on Disney+ Hostar but you can not stream the second season.

The show has received a rating of 7.7. This means it achieved an average rating, so season 2 could be a possibility.

1. How many episodes are there in the first season?

The first season has 16 episodes in total.

2. Is The Golden Spoon based on a novel?

Yes, The Golden Spoon is based on a novel.

3. Is The Golden Spoon the first drama of BTOB’s Maknae Sung Jae after his military discharge?

Yes, The Golden Spoon is the first drama of Sung Jae after his discharge which is why Melodies (the fandom name of BTOB) were so excited to watch this drama.

4. Where to watch the first season of this drama?

You can watch the first season on Disney+ Hotstar.

5. When did The Golden Spoon end?