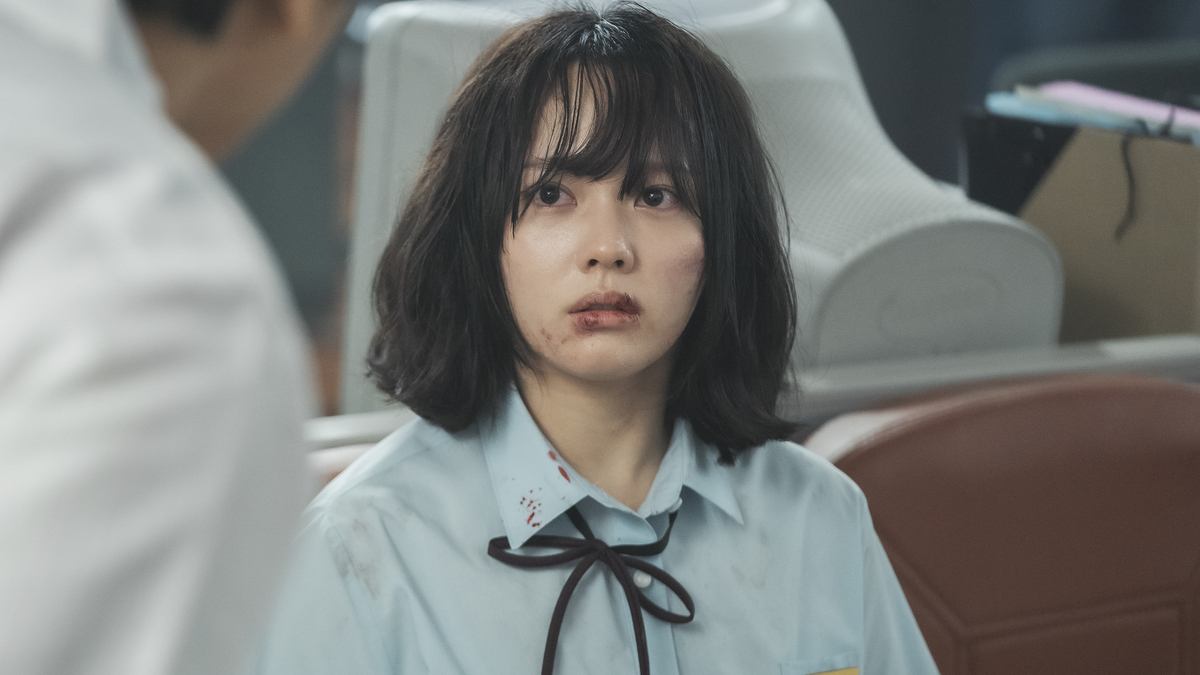 A story about revenge, pain, loss, and hatred. This story tells us about Moon Dong-eun’s revenge journey. What can force someone to turn evil? Why would a soft-spoken girl change herself into a revenge monster? “The Glory” takes us through the bullying culture prevalent in educational organizations! This K-drama series not only enticed us but it also shocked us to the core, the various twists and turns incorporated in the series surely took us by surprise! The last episode of the show attracted our attention the most and we would love to discuss it all with you.

The mystery has just begun. This series sends a strong message to all those who support the act of bullying, some people do take bullying for fun, but they have no idea how drastic its impact can be on someone’s mental health! Yeon-jin truly destroyed Dong-eun’s life forever. She took her childhood away, made her suffer, tortured her, bullied her, and at the end of it, Dong-eun was forced to quit school! But guess what, “Karma” always comes back to you and that’s exactly what will happen to Yeon-jin. The popular K-drama series ended recently. So let’s not delay any further and quickly begin with the main discussion of the day.

What a first season it was! “The Glory” was not only filled with dark humor and suspense but that K-drama series truly impressed us a lot. The audience would love to learn more about the series. Won’t you all love to see another season of the show? Well, before we lead you through “The Glory” Season 2, let’s quickly discuss the suspicious ending of the series. The show ended with a major loophole. So let’s start from the beginning and go through the last episode of “The Glory” Part 1.

Myeong-oh was deciding to change his life forever. It seems like he has received a crucial piece of information, but we still don’t know what exactly happened to him, this remains a mystery to us. He was planning to go to Russia, he was set to leave the country forever. But we all know what happened to him, he couldn’t process his plan well, and he never reached his destination. On the other hand of the tale, someone killed So-hee and her body was finally discovered in the last episode of the series.

A woman wearing green heels was seen leaving the room, it’s obvious Yeon-jin has killed her, and guess what Myeong-oh knows all of it. Originally, he was blackmailing her. To keep his head low, he was demanding a good ransom from her. Initially, with the use of power and money, Yeon-jin manages to hide it all behind the carpet. Meanwhile, Dong-Eun made her big move. The plan worked out and she successfully sent those pictures to Ha Do-Yeong. It seems like Yeon-jin is in trouble, her intense connection with Jae-Joon is about to get uncovered.

Ha Do-yeong starts doubting her wife. His investigation solidified even further when he saw his wife smoking the same brand of cigarettes as Jae-joon. Something has been cooking between the two for years. That’s not all, Ha Do-Yeong also starts thinking about Myeong-oh’s sudden disappearance. Somehow, it all started making sense to him. He could understand why Yeon-jin hates Ye-sol’s homeroom teacher. The story gets twisted even more when Jae-joon learns the truth about Ye-sol. He is highly shocked and emotional to know that Ye-sol happens to be his daughter and he can’t wait to become her legal father. He even went a step ahead to threaten Dong-eun, he clearly instructed her to stay away from Ye-sol. That’s when Dong-eun openly claims that she was the one who mailed him, she knows about the bond he shared with Yeon-jin.

Learning it all, Jae-joon starts behaving unusually around Do-yeong, he is trying his best to hide it all but his questionable behavior didn’t go unnoticed. Last but not the least,  Do-yeong had a chat with Hye-jeong and learned about Dong-eun’s traumatized childhood. He finally contacts Dong-eun and decides to meet her at Go Park. She accepted it all, she confirmed that she had intentionally sent those pictures to him. The major cliffhanger of the story was Yeon-jin making her way to Dong-eun’s apartment, it seems like Dong-eun’s revenge plan is out in the air. Yeon-jin highly regrets her past decision, she was initially planning to kill Dong-eun, but she never got a chance to execute her plan well. But our main focus still sticks to Do-yeong, how will Dong-eun use him in her revenge plan? What is going on in their mind?

Will Dong-eun Express Her Genuine Feelings To Yeo-jeong?

We all knew from the beginning that Dong-eun had genuine feelings for Yeo-jeong, but she wasn’t looking for a lover, rather she was searching for someone who would help her in her revenge journey. When she opened up to him, he was taken aback by Dong-eun’s revenge plan. Initially, Yeo-jeong wasn’t agreeing to help her but it all changed when Dong-eun showed him her bruises and wounds, that’s when Yeo-jeong decided to be her executioner. Dong-eun’s childhood was traumatic, she has gone through a lot and her mental health has deteriorated with time. Yeo-jeong could empathize with her situation. At one point, he too was seeking revenge, he wanted to punish the man who killed his father. His mental health was destroyed even further when the serial killer wrote triggering letters to him.

Dong-eun truly changed his life. Yeo-jeong stopped his therapy sessions and decided to accompany Dong-eun in her plan! After all, how could he not help her? He knew how tortured one can feel! All this while, Dong-eun was depressed and lonely, her childhood was ruined, and she didn’t even know what she did wrong to deserve those traumatic school experiences. Their fight is not towards a significant person but a whole bunch of students and young minds who still support the act of bullying. They are determined to achieve the end point of their revenge plan. They have a lot in common, they understand one another extremely well and the audience would love to see them as a pair.

Is ‘The Glory’ Renewed For Part 2?

If you love binging on interesting and thrilling K-drama series, then “The Glory” Part 1 must be on your binge list. The story is not over yet and we can’t wait to see what happens next in “The Glory” Part 2. They haven’t accomplished their goal yet, the revenge mission is about to be continued. Yeon-jin knows the truth now, she knows what’s cooking on Dong-eun’s mind and as per our estimates, she will try her best to kill Dong-eun. But hey there, don’t forget the fact that Dong-eun is not weak anymore, she has the support of Do-yeong and Yeo-jeong.

Where is Myeong-oh? What happened to him? Is he alive? The mystery behind Myeong-oh’s disappearance is yet not solved. A lot of unanswered questions are there. What will be Dong-eun’s next move? What is going on in her mind? All these questions can only be answered through “The Glory” Part 2. Begin your countdown now, as the second part of the popular K-drama series is just around the corner. As per the latest talks, “The Glory” Part 2 is scheduled to roll out in March 2023. The exact dates are yet to be confirmed by Netflix, but we are hoping to hear from them soon. That’s all for now, to get the latest updates on exciting K-drama series, stay connected with us, just right here.

Yes, the K-drama series will soon make a comeback with Season 2. “The Glory” Part 2 is just a few months away from us.

Yes, the epic thriller K-drama series, “The Glory” Part 1 ended with a major cliffhanger. Dong-eun reveals her plan to Do-yeong, while Yeon-jin finds out everything about Dong-eun’s revenge plan!

This happens to be the most asked question out there, all of a sudden, Myeong-oh went missing. The suspense created around his disappearance is yet to be resolved in “The Glory” Part 2.

As per the latest announcement made by Netflix, “The Glory” Part 2 might roll out around March 2023.

5. Is Dong-eun planning to kill Yeon-jin?

6. What will be Dong-eun’s next step?

Everyone is currently looking forward to “The Glory” Part 2. Dong-eun must stay awake as her life might be in danger again. Yeon-jin will not stay quiet, she will be coming back with a counter-attack. In this critical situation, we are solely looking forward to Dong-eun’s next move. Let’s hope she soon accomplishes the last milestone of her revenge plan.