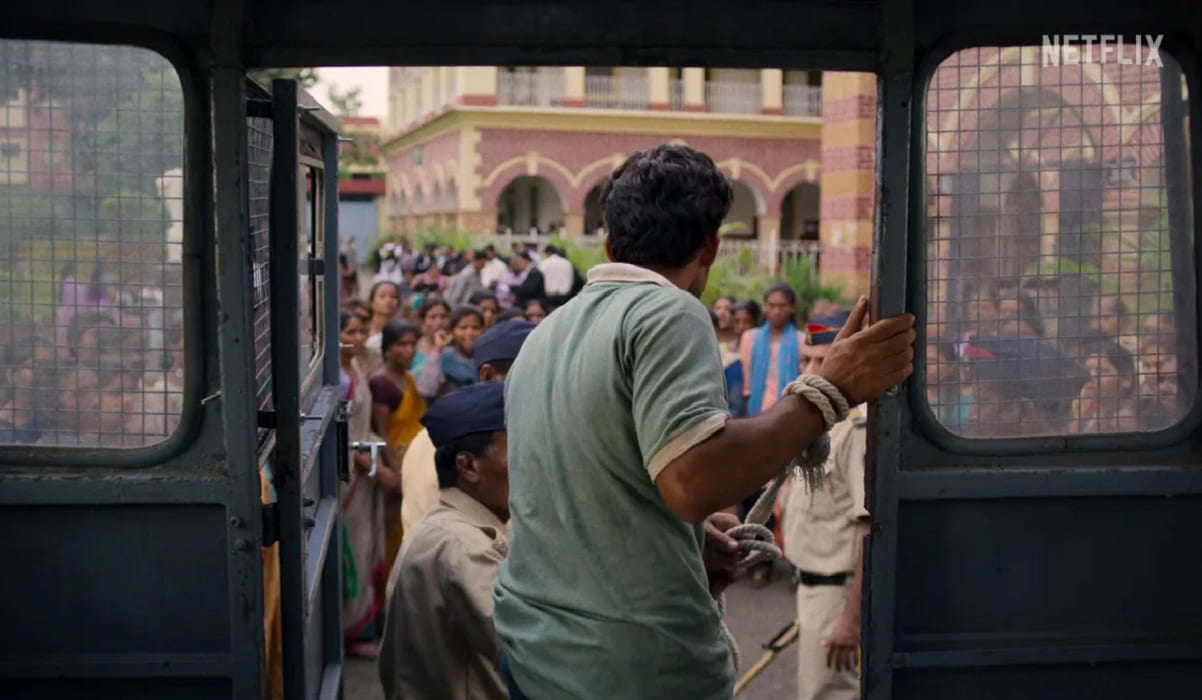 Murder in a Courtroom is produced by Nidhi Girish Salian and Vishal Jain. The cinematography of the series is done by Deepti Gupta. The director of the series is Umesh Vinayak Kulkarni. The acting of Happy Kalizpuria as Akku Yadav and Sangramsingh Thakur as Avinash Tiwari is loved by the audience.

Murder in a Courtroom has three episodes with a running time of 53-58 minutes per episode. The limited series has an overall rating of 7.3 out of 10 on IMDb with 98% of people liking the show on Google. Times of India gave a rating of 3 out of 5 for the series.

Is Murder In A Courtroom Based On A Real Story?

The answer to the question is Yes. The story which shook the entire nation is told in the documentary series.

If the court is unable to deliver justice to the people, the common man is left with no other option but to do justice for themselves. The incident that happened on August 13, 2004, is seen in the series. A whole community tried to seek justice from the Indian Criminal Justice System for their family but the process of the law led nowhere which forced them to do something which the courtroom has never witnessed.

The criminal was killed inside the courtroom by a set of women.

Who Is Akku Yadav?

Akku Yadav was a serial rapist, killer, gangster, kidnapper, and also robber. He lived in the Kasturba Nagar slum. It is known that he had raped more than 40 women and also killed and tortured people. His terror was widely spread in the slums. People feared to raise their voices against him, few people who were threatened by him left the slums due to his fear.

The major reason for the fear of all the people was that he had good connections in the police department as well, as he used to bribe them. There was one lady named Asha Bhagat, who had the guts to face him. But she was also killed which broke all the hopes of the people in the slums. Akku killed his friend, Avinash Tiwari. The reason was that he used to talk to Asha even after Akku told him to not do so.

How Was Akku Yadav Killed?

200-400 women were present outside the courtroom who then decided to break the glass and enter the courtroom. They did so and stabbed Akku Yadav to death. He was stabbed with the knife at least 70 times.

This incident happened at the Nagpur District Court in Vidarbha. The incident was celebrated like the festival of Dusshera in the Kasturba Nagar slums. The incident was appreciated by many people but some also stated that all the women are at fault and that they should have believed the Indian Criminal Justice System and should have waited for the court to take a decision on the punishment of Akku Yadav.

Murder In A Courtroom Trailer

The trailer of Murder in a Courtroom is available on the official channel of Netflix India on YouTube and the Netflix site.

Where To Watch Murder In A Courtroom Online?

All episodes of Murder in a Courtroom are available on Netflix.

ALSO READ|| Is Mukhbir: The Story Of A Spy Based On A True Story?