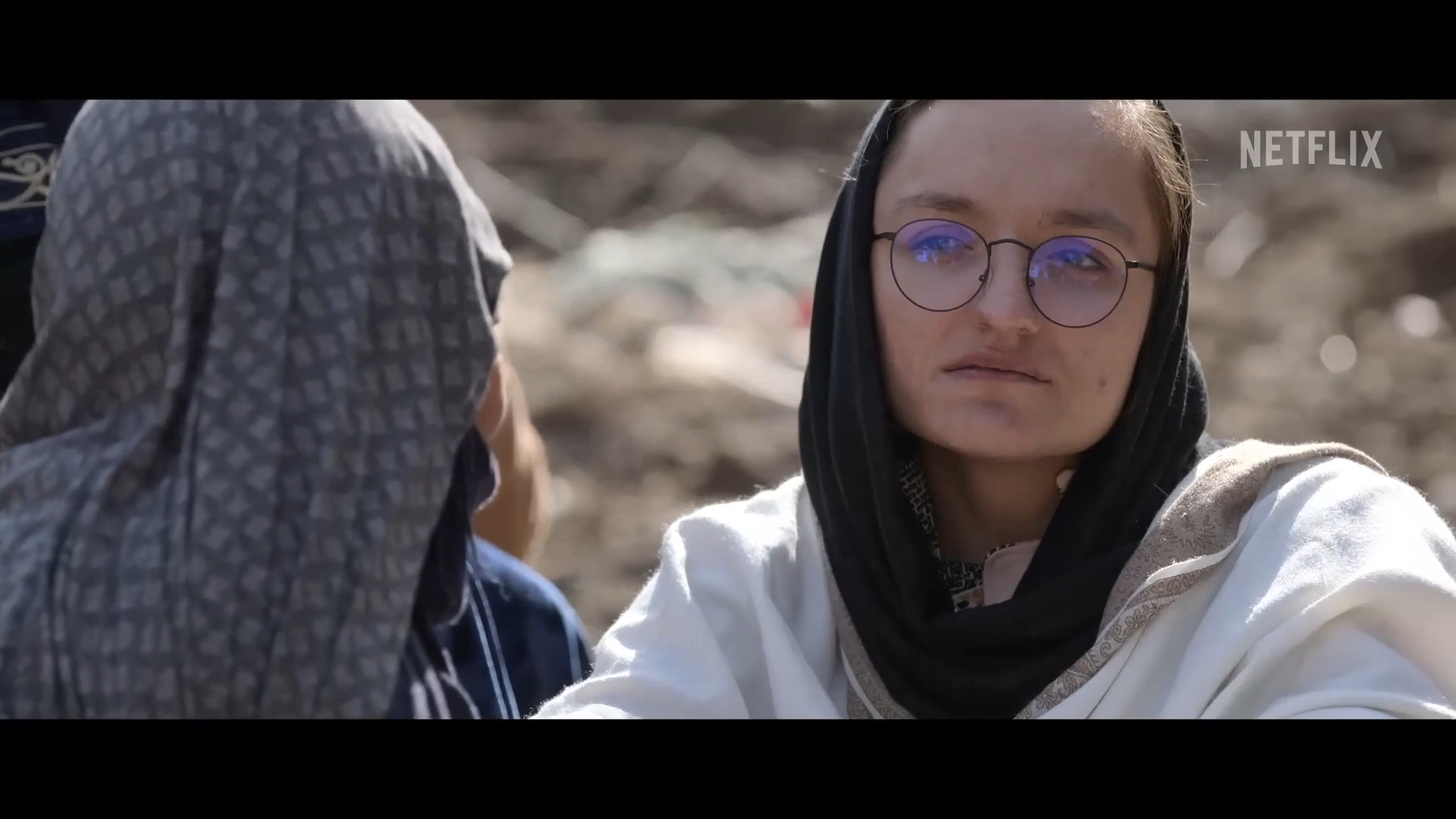 In Her Hands is a documentary movie that was released a couple of days back on the 11th of November 2022. The documentary revolves around the personal and professional decisions the youngest female mayor of Afghanistan Zarifa Ghafari is made to choose.

The documentary is kind off not widely known yet and has received mixed reviews. It was given a rating of 55% by Rotten Tomatoes. IMDb gave it a rating of 6.2/10 whereas, Metacritic rated the said movie with 43%.

The movie is interesting and something that would provoke you to think about the world out there. The personal turmoil and what not the main lead of the movie goes through is quite unique to herself since it is a documentary.

IMDb termed the movie as an emotional roller coaster that kind of dealt with and portrayed disturbing facts at times. Whereas, some others commented about how the movie successfully captured the fact about how hard it could be to loosen up a culture with a rigid tradition.

Is In Her Hands Based On A True Story?

Yes, In Her Hands is based on a true story. It portrays the story of Zarifa Ghafari the former female mayor of Maidan Shahr, the capital city of Wardak Province in Afghanistan. She was 26 when she was appointed as the mayor and that brought her the tag of the youngest appointed female mayor in the country.

She played a major role in advancing women’s rights in Afghanistan and thus, was chosen as the International Woman of Courage in the year 2020 by the US Secretary of State. For the fact that she stood intact and positive all the time brought her to be a victim of 3 assassination attempts, which she of course survived.

In Her Hands Cast

The series was directed by Marcel Mettelsiefen and Tama Ayazi over a course of 2 years alongside Juan Camilo Cruz, Jonathan Schaerf, and Ben Silverman the producers for the said movie.

The documentary is even more different as the one starring as the main character in the movie is Zarifa Ghafari herself.

MUST READ || Rush Hour 4 Release Date: Is the Movie Ever Coming Out?

In Her Hands True Story

The story begins with the introduction of our main character, Zarifa Ghafari who became the youngest mayor of hr country at an age of 26. The story highlights the incidents that lead to the unraveling of Afghanistan.

The country was held back in multiple ways since the inevitable change that was hitting them had left the entirety of the country in an unprecedented situation. Over every other detail that has been affecting the country, there was the fact of the western forces retreating from the fight which gave the Taliban almost all of the previous power it was trying to hold.

Above the inconvenience and inevitable troubles every citizen where facing, there was a new reality Zarifa and the women across the country were made to face. The series further discusses about the issues that were thrown at her and the decisions she was supposed to make keeping in mind how it would affect the vast majority.

In Her Hands Trailer

The trailer is so well made, it successfully gives you a glimpse of what the movie holds. The trailer begins with the Taliban spreading its control over to Kabul. The movie also shows you a gist of how the masochistic thought process of the country she lived in was pulling her down stating that women are better off staying at home and cooking.

The Talibanese were literally out there killing every woman who they thought was rising against their rule. They were against the very aspect of getting a woman educated. They even warned Zarifa to resign from her position or she was to be assassinated. She successfully survived about 3 assassination attempts and irrespective of the hard comings that were shot at her she stood tall.

She went with the quote that education for one woman is equivalent to prospering 10 generations to come. She went against the stereotypes that were holding women down and became a model of inspiration that paved a way for the betterment of her country.

The trailer of the movie was released on YouTube on the official channel of Netflix about 3 weeks ago and currently has only 5.4k views.

Where To Watch In Her Hands Online?

The movie is worth a watch for it does not factiously or heroically state things by sugar-coating them rather the movie kind of spits facts. You can watch the movie online on Netflix.

MUST READ || In Her Hands Ending Explained: Who Is Zarifa And What Happened To Her?