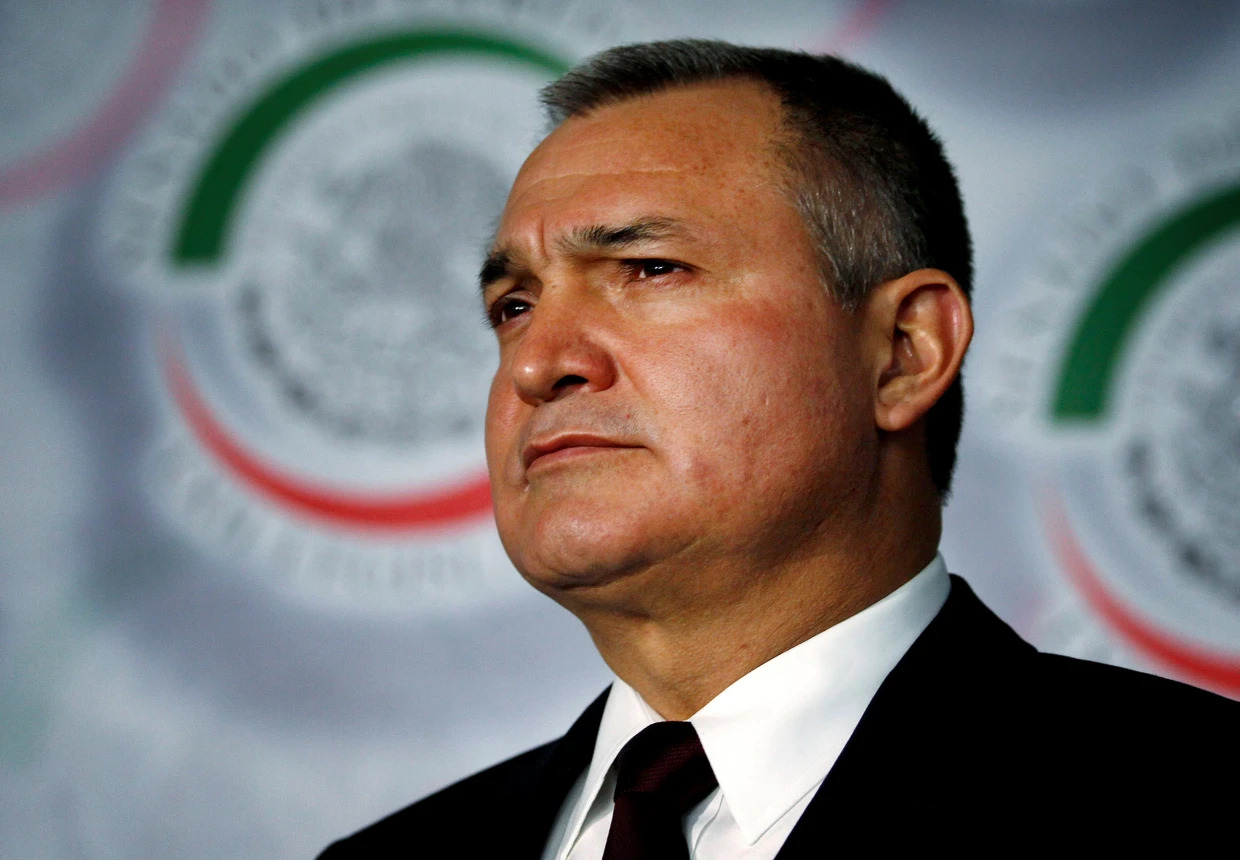 With the El Chapo series garnering worldwide popularity, Conrado Sol’s identity has been frequently questioned. The man with a wicked mind, a manipulator capable of making anyone his personal puppetConrado has a devilish mind and strategies that have made him a millionaire. Though his actions cannot be justified, his smart cover and innocent face can certainly make you question his identity.

Conrado Sol, the Mexican law representative, is the man who has obliterated the law in the cruelest way possible. He isn’t just a criminal; he’s a razor-sharp government agent who has set a record of corruption.

Who Is Conrado Sol In Real Life?

Conrado Higuera Sol, or Genaro Garcia Luna, is a man who has served the Mexican government for decades. Climbing up the government ladders and reaching the top position isn’t an easy task. Conrado has successfully climbed up all the stairs, only to become a corrupt officer and serve the criminals instead of the Mexican government.

Conrado started as a mere government official. With his cunning mindset and manipulative abilities, he started gaining ranks in the Mexican government. He worked for the federal government for years and later joined a political party. Sol then earned the title of Secretary of Public Security and honored this title for six years before becoming Secretary of State in 2012.

His shining political and federal career was just a cover. Sol was, in fact, corrupting the Mexican government and working for various drug kingpins and other criminals. He earned a lot of money from them and gained favors that he used to climb the ranks. He used this money to fund his expensive dreams and to live a lavish life.

Conrado is also a partner in a business company that deals with security analysis. By analyzing other businesses, this company assists countries and stock brokers in detecting risk and security factors. He makes a great fortune with this company, and yet he has not yet left his criminal ways. It seems like crime isn’t his way of earning money, but it has become his lifestyle.

READ THIS: Who Is Stella Guidry Nestle? Where Is She Now?

Conrado Sol And The Most Dangerous Drug Lord

Though Conrado has an innocent face, his atrocity is beyond words. He has encouraged many heartless criminals and has benefited from them. He helped these cold-blooded criminals so that they could help him become richer. His thirst for money and crime has made him one of Mexico’s most corrupt citizens.

El Chapo, also known as Joaquin Guzman, is one of the most corrupt drug lords and was convicted alongside his partner in crime. It is a well-known fact that these horrendous villains can never be anyone’s friend. Conrado missed the memo and willingly fell into El Chapo’s famous trap. Conrado has helped the drug lord for several years by keeping his drug ring out of government sight. In the end, El Chapo and two other criminals testified against Conrado and claimed that Conrado had been paid millions by them in exchange for helping their crimes stay hidden.

Though Conrado claimed that he was being targeted, he had no evidence to back his claims. Standing against the confession of the deadliest drug lord isn’t easy, and when he alleges that Conrado has been helping him, there is no questioning the infamous El Chapo.

With Conrado being involved with the notorious El Chapo, his morality has to be in the same league as El Chapo’s. Conrado is one of the most intelligent businessmen and a sharp politician. He managed to keep his exploits hidden for decades until his involvement with the Sinaloa Cartel was called into question.

This cartel was the reason behind El Chapo’s infamous confessions and Conrado’s downfall. When the investigation began, Conrado was found to have loads of illegal cash and properties. He had multiple suitcases full of cash that he took as a bribe from El Chapo, Ismael Zambara, and Jesus Garcia. These three criminals later testified against Conrado, and he ranked on the “dark list” of the top 10 corrupt Mexicans.

MUST READ: Is Tammy Slaton Still Alive? If Yes, Where Is She Now?

What Happened To Conrado Sol?

Even after his continuous claims against El Chapo and his long letters justifying his loyalty toward the Mexican government, Conrado couldn’t save himself. In 2019, Conrado got arrested for his corrupt nature and involvement with the drug mafia. At the time of this trial, his real estate chain came into the limelight as well. His illegal properties and black money were

His own brother exposed him, and the majestic Conrado Sol was arrested by the United States government. Though the Mexican government is working hard to obtain Conrado, it appears that the US is unwilling to let Conrado be punished by someone else. His arrest has demonstrated that no matter how corrupted a person becomes, his true self will always be revealed, even if it is a little late.