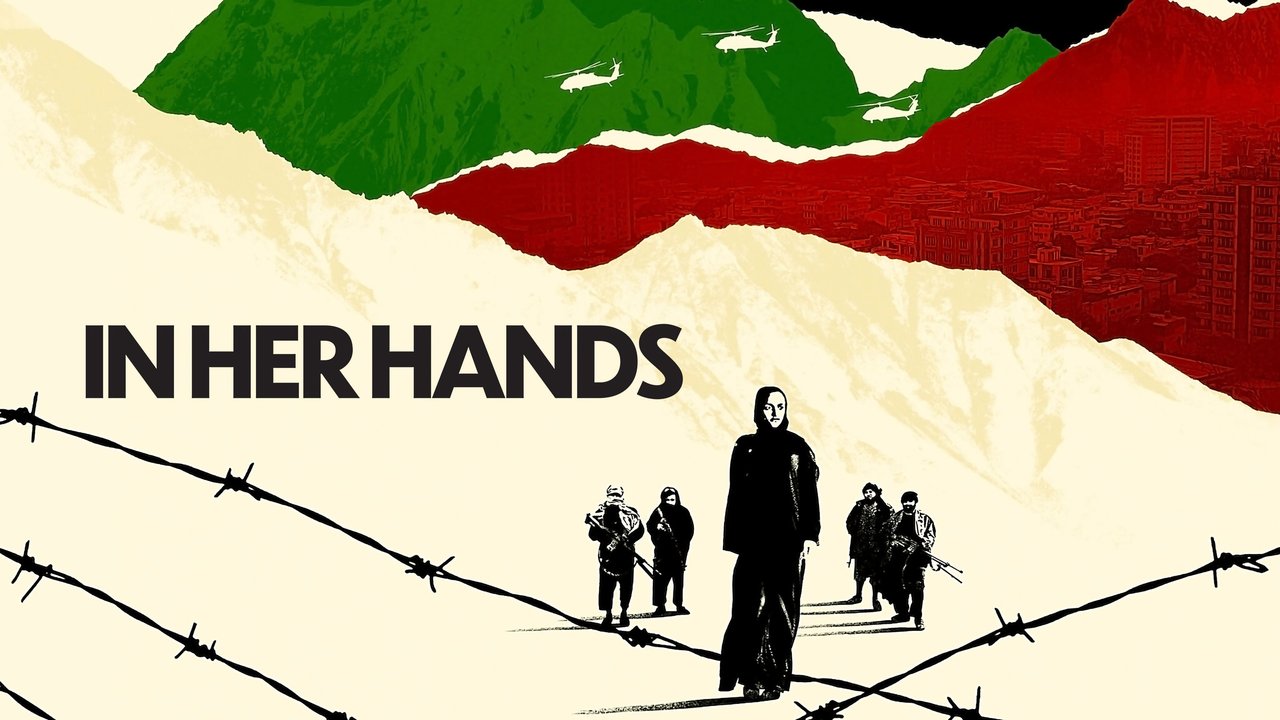 The year 2021, was not at all good for the people of Afghanistan. If you are an active newspaper reader then definitely you will understand what I am currently talking about. When it comes to a country like Afghanistan we can only remind the murders and murderers. This is a new Netflix documentary named In Her Hands directed by Marcel Mettelsiefen and Tamana Ayazi. And it is produced by Juan Camilo Cruz and Jonathan Schaerf.

The movie shows the situation in Afghanistan in two years that is 2020 and 2021. It is the story of a woman who was just 26 years old when she became the mayor of Maidan Shahr, Afghanistan. She fought for women’s rights in Afghanistan, she fought against the Taliban, and she even fought against her father to reach there, where is felt proud of herself.

It showcases how anxiously she wanted her country to live freely, especially for women. Zarifa fought for her and every women’s survival in their own country. So, now read the whole article to know more about this incredible documentary. Keep Scrolling.

In Her Hands Ending Explained

In Her Hands is a story of a 26 years old woman who was serving her country as a Mayor in the area called Maidan Shahr. It’s been a year since The Taliban continuously killed or murdered the people of Afghanistan. It is currently ruling the country on the point of a gun. The USA troops were in Afghanistan for a very long time to protect them. But the USA discontinued this and the Taliban takeover the major cities like Kabul. And the Afghanistan government collapsed.

The movie first premiered at the Toronto Film Festival. It starts where 19 months left for the Taliban to take over the country. Zarif is the main protagonist of this documentary, she is actually and politician and an entrepreneur. But how does she become the protagonist? Well, not actually but yes, she had that power in herself to fight for her people. As we all know the whole story of the Taliban, there is nothing I write about it. But if we talk about the movie, the picturization is good, and you will not feel that you are watching a documentary, it will be felt like you are watching a fictional movie. But this all is true, and obviously, the movie is based on true events.

It shows how Zarifa wants to save her family and the country. But when the Taliban get to know about it, they try to kill her not once, but three times. They even killed his father in front of her mother. But in the end, they won in commandeering the country and she had to leave Afghanistan and moved to Germany with her family, which put her in so much pain. However, she came back after seven months of the Taliban ruling the country and spent time in her NGO. Well, amongst all this, one really bad thing happened, her former Bodyguard or Driver lost his job and she left him all alone in the country while going to Germany. We are not saying that here she is totally wrong, she did what the situation demanded. She herself was very helpless at that moment. Well, till now, the situation is the same in Afghanistan no change at all.

Who Is Zarifa Ghafari?

Zarifa Ghafari is a prior mayor of Maidan Shahr, capital of Wardak Province, Afghanistan. She was born in Kabul in the year 1994. She is the daughter of an Afghan Army Colonel, Abdul Wasi Ghafari, and his wife Karima. Zarifa did her schooling in Pakita (her hometown), Kabul and for further studies, she went to Panjab University, Chandigarh, India.

In July 2018 she was chosen as the mayor of Maidan Shahr under president Ashraf Ghani’s rule. She became the youngest mayor at the age of 24 years only. Zarifa was honored with the award, International Woman of Courage in 2020 by the US Secretary of State. Her name was also listed in the list of 100 inspiring and influential women from around the world by BBC in 2019.

When in August 2021 Taliban takeover Kabul she didn’t scare and said that “I am sitting here waiting for them”. But following the takeover she had to leave the country with her husband, mother, three sisters, and four brothers and settled in Germany.

Who Was Massoum In The Series, In Her Hands?

Massoum was a Zarifa’s Driver or Bodyguard. He was very devoted to his work and fought with Zarifa in all things, he supported her and fought against the Taliban. But in the end, he was left all alone and jobless with his little daughter. Massoum blamed Zarifa for all this, as she left him and moved to Germany with her family only. Well, when you watch the movie you will understand the part of Massoum in Zarifa’s life while she was serving her people as a mayor.

Where To Watch In Her Hands Online?

Well, I will suggest all of you watch this documentary at least once. You can watch it online on Netflix if you are a Netflix subscriber.