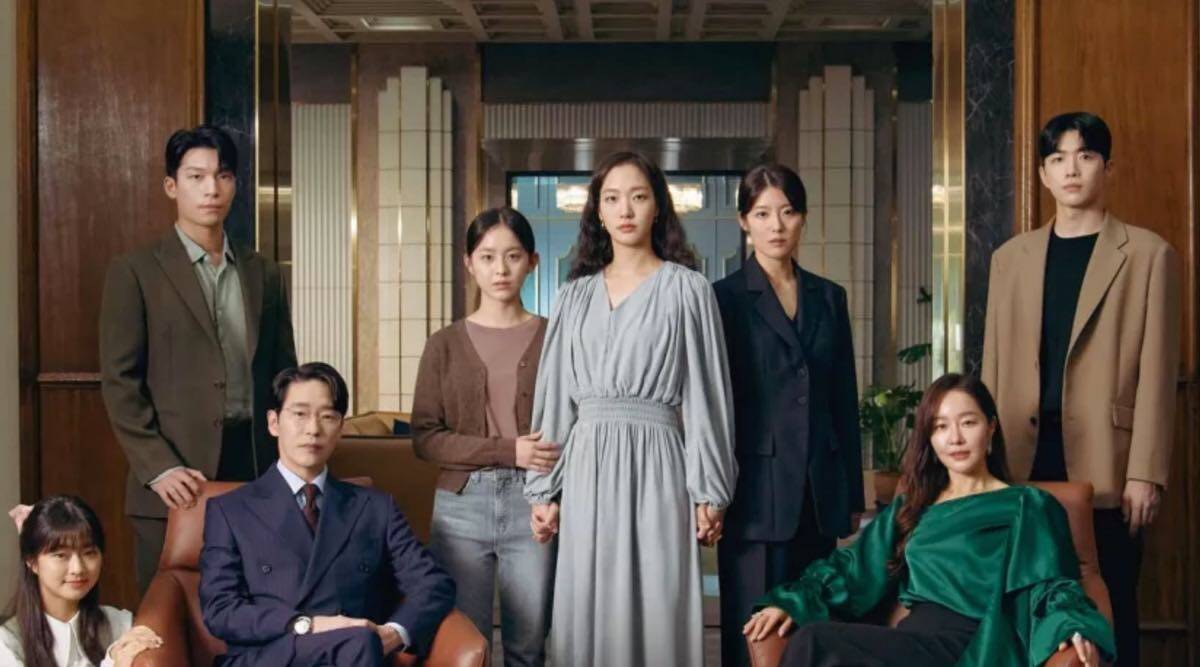 Are you a fan of classic literature? Well, if you are, this web show streaming on the most popular platform for all the drama lovers out there, Netflix, should be on your watch list.

One of the most famous classics by Louisa May Alcott, ‘Little Women’ is a story we all must have heard at least once in our lives. Her novel is considered a semi-autobiography as she is inspired by the hardships she faced in her life along with her sisters. It is a semi-autobiography since there are many fictional incidents added in the book by the author that did not happen to her in real life.

K-dramas are the recent favorites of the young generation, they are more inclined toward these dramas than any others and there is a reason for it. The K-dramas are short series with a gripping storyline, characters that steal your breath, and a simple yet powerful appearance of these characters.

This K-drama, ‘Little Women’, inspired by Alcott’s novel will force you to hold your breath and wait for the next episode but lucky for you, this series has ended on a rather positive note and you can watch all the episodes without having to wait for a while to get a new episode.

There have been many films and series based on Alcott’s novel but this K-drama with its own twists and turns will surely win your heart.

The three little women in this series are Oh In-Hye performed by Park Ji-hoo, Oh In-Joo played by Kim Go-eun, and Oh In-kyeong represented by Nam Ji-Hyun. The other major characters include Jin Hwa-Young (Choo Ja-Hyun), the mysterious colleague who was murdered, Choi Do-Il (Wi Ha-Jun), the smart slush fund expert, and many more. Park Jee Sang (Um Ki-Joon) who represents the flourishing politician and the brilliant writer of this refreshing show is Seo-Kyung and the director is Kim-Hee-Won.

Even though there’s a saying ‘do not judge a book by its cover’, it is more often than not ignored. Every book is judged by its cover and every show is criticized by the opening scene as it sets the flow of how things will proceed. The opening scene of this show perfectly portrays the dire condition of the Oh-sisters. They live in a house that just seems like four walls with cockroaches oozing out of everywhere and a window that just won’t shut once opened, a house that represents how poor and struggling their life has been. Their mother has run away and their future seems bleak and yet, the three little women are hopeful, idealistic, and determined to earn a better future to reciprocate the gloomy past they have been through.

The oldest sister, Oh In-Joo, has a staid job but she is after all things lavish, she represents the perfect picture of how poverty makes you long for shiny toys. The second sister, Oh In-kyeong, is a reporter on the verge of discovering some great secrets of the flourishing politician, Um Ki-Joon. And the youngest of these, Oh In-hye just cannot bear their home and spends most of her time with her classmate and best friend, Park-Hyo-Rin (this girl is going to give you lots of drama since she happens to be the daughter of Jae-Sang and Won-Sang-Ah)

If this hasn’t attracted you yet, the next plot definitely will!

In-Joo’s colleague and friend, Jin Hwa-Young, suffers through a mysterious death and leaves her a great amount of two billion and some clues that can lead her to 70 billion in solid cash. Cash of this proportion is nothing but trouble and a mind that leads you to investigate a mysterious death is a source of drama to all of us, drama lovers, right?

This death and In-Joo’s intentions of finding out the story behind her friend’s death lead her to some powerful personalities that she knows she shouldn’t cross but eventually does.

The spicy story In-Kyeong is developing will set out a path of epic messes, a fight nothing short of battle, and a story she couldn’t have thought of (and neither could we).

The quiet, art nerd, In-Hye is set on studying in an art school in Boston. Will her dream come true or her doting sisters will pull her reins back? Will the drama developing in her elder sisters’ life pull her into the crossfire as well?

As In-Joo has joined hands with Choi-Do-Il, a fund expert, she was arrested along with him under embezzlement charges. As the ending rolls down, she is released along with Do-Il and both of them had a cute ending but not before having another problem to deal with–a kidnapped sister. And one more thing, this little woman does get the luxury she has always dreamed of in a legitimate manner.

In-kyeong was kidnapped on her way to the principal just before the grand finale of this season. There was an action-packed scene in which she was saved and a very romantic scene between In-Kyeong and Jongho where she rejects a job offer and chooses higher studies with Jongho steals everyone’s heart.

And the final surprise is delivered by none other than their little sister, In-Hye. She, too, gets her happily ever after as her dream to explore the art this world has to offer comes true.

As the series has just 12 episodes, we haven’t had enough and there have been a few loose ends the makers should tie. As drama lovers, we require detailed descriptions which this series hasn’t provided us with, which is why there are a few questions they should answer.

What happened to the remaining founders of Jeongram society?

The Father tree still had some flowers on it before In-Joo pushes Sang-haa into the pond of hydrochloric acid along with the Blue Orchid tree which means there were some more founders of the infamous Jeongram society. If there are still some more founders left, has the society perished, or would continue flourishing anew now that its Father tree has been burnt?

Though Do-Il has promised In-Joo that they will meet again, the makers haven’t specified how they would meet. It would be refreshing to see how they’d meet again since In-Joo has been a person who wanted to marry a rich man and never face poverty again, she wasn’t a woman who wanted to marry for love but now, she is rich herself. Will this couple face more problems or would they reunite?

How does In-Hye’s career proceed forward?

In-Hye’s career and romance weren’t delivered to the extent we wanted, there are so many things we wanted to know about this quiet (yet temperamental) art lover. In a quick flashback we were served, In-Hye, Hyo-rin, and Do-Il were in Panama and Do-Il had successfully managed to keep the 70 billion hidden. They split the amount between all of them but what about In-Hye and her dream career, the career she was pining over? How did she live away from Hyo-rin? We wanted more of this girl and her dream which didn’t serve us the way we wanted.

Where does the decision made by In-kyeong lead to the romance between Jong-ho?

Jong-ho fighting with Soo-Im’s men for kidnapping In-Kyeong was a scene that everyone loved and cheered for, it was a scene that made everyone root for their love story. Though they got a happy ending, we wanted to see more of their relationship development which was again not served well.

As the drama has ended on a rather sweet note, the fans are wishing for Season 2 to come soon. The tight friendship and the hardship these little women endured have managed to grab a wide range of audiences not limited to the people of Korea.

Though all the founding members of the Jeongran society have perished, there are some more members left of the society as demonstrated by the famous Father tree. This has left a loose end which makes the fans question about the upcoming season (if there’s going to be one).

And though In-Joo and Do-Il have parted ways on a promise to meet again, the fans are not yet ready to let them leave. And the fans want to see In-Hye exploring the world and living her dream just like they want more of In-Kyeong and Jong-ho.

We recommend this show to everyone who loves a quick thriller. This show will definitely keep you hooked to it throughout its course, it would make you want to punch a wall and cry for these sisters, and it would make you laugh and keep you engrossed. The oldest sister, Oh In-Joo, will make you think of her as a person who has only one motive in her life–to get rich–but as the show proceeds forward, her character development will definitely make you proud of her.

The younger sister, Oh In-kyeong will make you proud of her from the start with her idealistic personality and the youngest one will make you root for her future with her determination to get into her dream art university.

READ NEXT: Love In The Villa Ending Explained: Do The Strangers Finally Fell In Love?