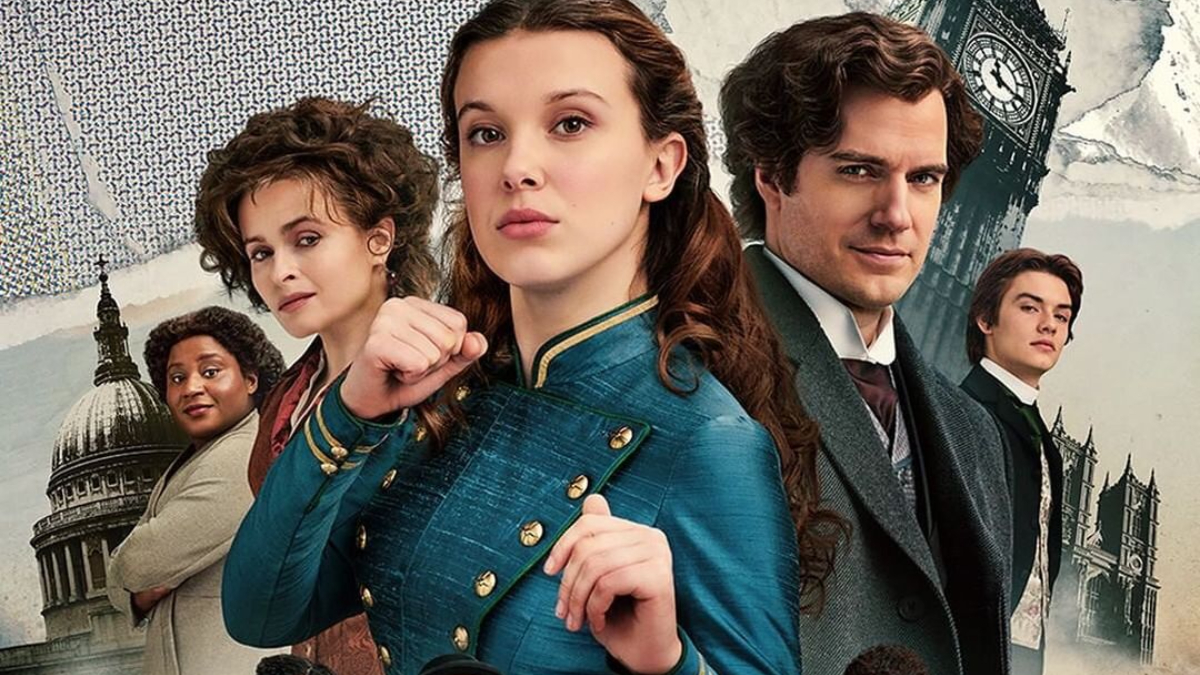 Firstly, who doesn’t love a good, funny mystery movie? Who doesn’t get glued to their electronic devices whenever a detective genre movie is on? We can see our lovely Millie Bobby Brown here. This movie is none other than a sequel to Enola Holmes. This movie is again created by Harry Bradbeer and has garnered almost 92% on Rotten Tomatoes. Isn’t that quite an achievement? The movie, titled Enola Holmes 2 has created quite a stir since its release, if the story was true? Whether there was a real Sarah Chapman? What happened to her? Is Enola Holmes an ordinary fictional character or based on a true story? Do not worry, we have got it covered.

Let us start from the beginning. Who doesn’t know Sherlock Holmes? During our childhood one way or another we have come across Sherlock, his way of solving mysteries, and his solving capabilities. So, well one can expect nonetheless from his sister aka Enola. This movie, which was first released in 2020 is based on the series of “The Enola Holmes Mysteries” authored by Nancy Springer. She got inspired by the character of Sherlock Holmes, and while exploring for a new main character embarked upon this. Her series became quite popular and all seven books were published.

Once this was brought into adaptation into movies, the first movie was entirely based on the book series plotlines. It created quite the buzz and every actor aced in their role. The movie has different directions right from Enola aka Millie Bobby Brown chatting towards the camera as we do with our friends or the different and unique character arcs, we loved it all. Like all comedy-mystery movies, it did fluke here and there but as a whole, it was worth watching.

The movie begins with Enola running away and then we can see her Mom home-schooling her for different, non-feminine things which was such a sweet sight. Her mother was preparing her for all astonishing things rather than sticking to knitting and other things. Her plight to find her mother and the growth of her bond with her brother Sherlock Holmes who was already famous is quite pleasing. We can also see our beloved Louis who essays the role of Lord Tewkesbury and Enola’s chemistry. The movie ended with her seeing off Louis, properly solving his family history, and setting off.

Is Enola Holmes 2 Based on a True Story?

In contrast to its counterpart, Enola Holmes is based on real-life circumstances. Now that the previous mystery has been solved, feeling brave Enola established a detective agency in this part. But it was filled with days of being unsuccessful. What was the reason you ask? Her renowned brother Sherlock. On the other hand, we see Sherlock being played in a circle of mysteries regarding missing money. Finally, Enola gets a case of a missing girl which is entangled with the case of Sherlock. We can see loads of amusing scenes and with one most heart pleasing i.e reuniting of Mother and Daughter scene.

Enola who is searching for the missing girl Sarah eventually found her but she was in midst of revealing the truth about the whole scam of The Match Factory as per the movie. But as we can see in a pattern of this mystery movie series, we can see them uplighting political issues of the 1800s, such as the real Great Reform Act of 1832 and in this one of the Matchgirl’s Strike in 1888.

Enola and Sherlock Holmes are definitely fictional but the movie story is real with a few tweaks here and there. Sarah Chapman, the one who went missing was an actual person. The original strike didn’t have any typhus or anything involved, rather it was due to the very poor working conditions. The women and girls who worked in the factory were increasingly being sick and injured due to these conditions with not even proper pay. The strike went on for quite a long time, with Sarah who worked along with her mother taking part in it too. Every person in the original story was key to getting the reform act into action.

Where to watch Enola Holmes 2 Online?

One can catch up with this movie on the Netflix streaming platform.