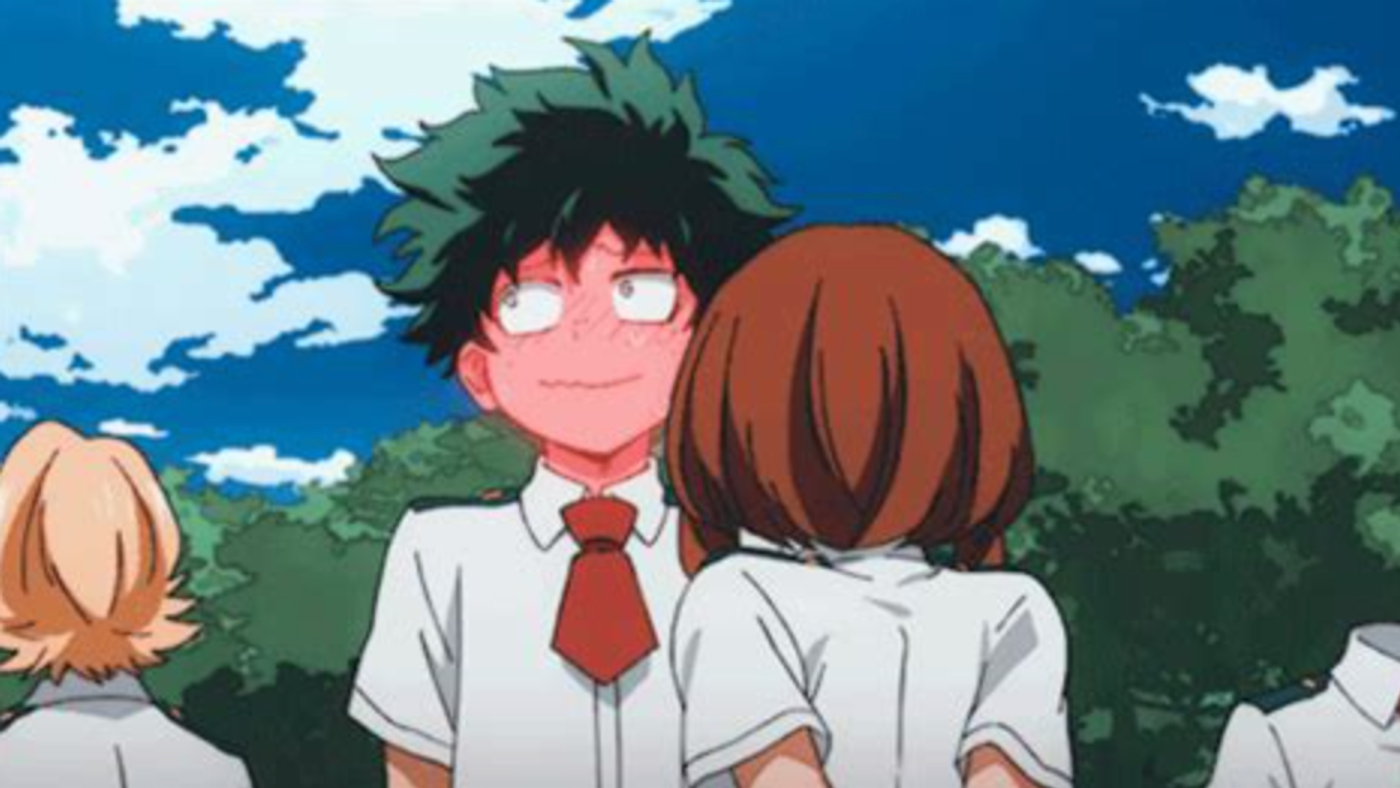 Shipping two characters together and trying to make them an end game is a trendy thing to do. Usually, the fans ship anyone with anyone, and there is no sense sometimes in it too, and sometimes the fans themselves become so invested in the characters they ship that it kills them when they do not end up together. In the popular manga and anime series My Hero Academia, the main protagonist, Izuku Midoriya, also known as Deku, has often been shipped with many other characters in the show. The top-rated such ship is Bakugo and Deku. They even have their own cute nickname called Bakudeku. The fans love them, but there is no certainty that they will end up together or not.

Another such popular shipping of Deku goes with a girl named Uraraka. Uraraka and Deku are shipped many times, more regularly than any other characters. Their fans have been very eager to see them being the end game. There are anyways a lot of questions about who does Deku end up with in My Hero Academia? Who does he choose? Who does he already have feelings for and many more such questions? There was also some news suggesting that Deku should end up with one of the villains in the manga series. But the question still remains, who does he end up with?

Who Does Deku Marry?

In the promotional art of the 33rd volume, the manga makers teased a romantic angle between the show’s two prevalent characters, Uraraka and Deku. After that, the Uraraka and Deku ships skyrocketed. The fans were too eager to know what would happen to both of them, will they end up together, or if it was just any other promotional thing from the makers.

The author and illustrator of the manga, Kohei Horikoshi, never allowed his protagonist to have any romantic angle. The main focus of Deku in the entire series has only been to hone his quirks and master his quirk of One for all.

Deku has also been depicted as shy and inward when talking to the other gender. He is timid around the girls and is embarrassed to some extent too. However, the Uraraka ship got its momentum because Deku and Uraraka have been good friends for a long time. They are also students in class 1 A of U.A. High school, and both are training to be mighty heroes. Uraraka was the first ever girl Deku talked to at U.A. high school. They care about each other a lot too.  Uraraka also seemingly likes Deku and has romantic feelings for him too. Due to shyness of Deku, they did not have some great conversations and were limited to being remotely cute and funny.

Uraraka also defended Izuku’s nickname Deku and told everyone that it was meaningful and deep; it stood for never giving up. When the war of All for One broke out, she was the one who fought for Deku to be included in society again, she stood by him when no one else did, and that also showed how much she liked and respected him as well.

But this all being said, there is no such tease that they will end up together or even show that Deku has feelings for her.

Deku has no plans to fall in love or marry someone soon. He is busy trying to improve his powers and become the greatest hero. There is no news of whether he will get any angle of some romantic interest since his sole focus is on becoming a great superhero.

ALSO READ: Is Izuku Midoriya Stronger And More Powerful Than All Might?

My Hero Academia is a popular ongoing manga series that has also been adapted into an anime series. The anime series has six seasons now, and the sixth season is only being aired now. The series is about a world where everyone is born with superpowers, and these superpowers are called quirks. The protagonist, Izuku Midoriya, is the only one who was not born with any such quirk. Still, he is determined to become the greatest superhero and is getting mentored by the most powerful hero, All Might. The series revolves around his fights and improvements.