Developed by Bruno Heller and released under the production of Warner Bros. Television, Gotham is an American superhero television series based on the comic character Batman. Airing from September 22, 2014, to April 25, 2019, with over five seasons, this is one of the most-watched series all over the world. The high production values with an amazing cast cover the familiar theme surrounding the series. In this article, 16 more shows are provided to watch if you love watching Gotham.

Created by Josh Schwartz, The O. C. is an American teen drama television series that got released under the production of Warner Bros. Television and Wonderland Sound and Vision. Airing from August 5, 2003, to February 22, 2017, the series has a total of four seasons. The series revolves around the life of an adopted child Ryan Atwood. The personal lives of every character, their relationships with each other, melodrama, and comedy are the main tagline of the series. Although the series was usually liked by the audience, as it progresses, it starts receiving negative acclaim, leading to the cancellation of the series for any further instalments.

Where to Watch The O. C.: The series is available on Fox in the United States, Channel 4 and, E4 in the United Kingdom, CTC in Canada, Nine Network and Network Ten in Australia, TV2 in Zea Land, TG4 in Ireland, Go and SABC3 in South Africa, Zee Cafè in India with many other channels.

Developed by Greg Berlanti, Marc Guggenheim, and Andrew Kreisberg, Arrow is an American superhero television series that is based on the DC Comics character Green Arrow. Releasing under DC Entertainment and Berlanti Productions, the series aired from October 10, 2012, to January 28, 2020, with 8 seasons in total, and revolves around the story of Oliver Queen, who was staying up on an island before returning to the city. The main aim of his return was to fight the criminals. The series presents the past and future flashbacks of his life history. The series generally received positive reviews.

Where to Watch Arrow: The series is available to watch on The CW, Nine Network, and Foxtel in Australia.

Developed by Greg Berlanti, Andrew Kreisberg, and Geoff Johns, The Flash is a spin-off of Arrow and based on the comic book character The Flash. With the eight seasons in total, running from October 7, 2014, to the present, it got released under the production of Bonanza Productions and Warner Bros. Television, the series revolves around Barry Allen, a crime investigator officer who got the powers and speed of superhuman, which he uses against crime, criminals and those who also have this ability. The series was highly liked by the audience, breaking all records, and was the 5th top series. It also won the People’s Choice Awards, and the series is now renewed for a 9th instalment.

Where to Watch The Flash: The series was released on The CW.

Airing from October 26, 2015, to November 9, 2021, Supergirl is an American superhero television series developed by Ali Adler, Greg Berlanti, and Andrew Kreisberg. It is based on the comic character Supergirl who is the cousin of Superman, and one of the last surviving Kryptonians. An 8-long season series ventures on the journey of Kara Zor-El until she becomes the Supergirl. The series was well-received by the audience, and they admired and praised the performance of Melissa Benoist. The action scenes are satisfying with a high production value.

Where to Watch Supergirl: The series got released on CBS and later on The CW.

ALSO READ: 12 SHOWS LIKE SPACE FORCE YOU SHOULD ADD TO YOUR WISHLIST!

Smallville is an American superhero television series developed by writer-producers Alfred Gough and Miles Millar and is based on the DC Comics character Superman. A 10-long season series ran from October 16, 2001, to May 13, 2011, and revolves around the life of Clark Kent until he becomes the Man of Steel. The series focuses on his relationship, career, and lifestyle, and later on, many other superhero characters are introduced to the series. The series was well-received by the audience with the highest-grossing rating. In the last, it would be not bad to say that the series is worth watching.

Where to Watch Smallville: The series broadcasted on The WB and The CW.

Krypton is an American series that is set 200 years before the birth of Superman. Developed by David S. Goyer, it got released under DC Entertainment and Warner Horizon Television and ran for 2 seasons from March 21, 2018, to August 14, 2019. The series focuses on Seg-El, Superman’s grandfather, who fights to take back his family’s honour. With the new faces and different storylines, it got mixed reviews and ratings.

Where to Watch Krypton: The series got released on the Syfy network.

An American superhero television series developed by Greg Berlanti, Marc Guggenheim, Andrew Kreisberg, and Phil Klemmer, it is the fourth series in the Arrowverse after Arrow, The Flash, and Supergirl. Based on the comic character and with 7 seasons in total, it premiered on January 21, 2016, and running till now. Released under the production of DC Entertainment and Warner Bros. Television, the series is set to save the Earth from an apocalypse. With an ensemble cast, although too many, it received huge ratings and is liked by the audience.

Where to Watch DC Legends Of Tomorrow: The series is released on The CW.

How it would be when a man from heaven joins the police department to fight against crime and to uncover the criminals using the power he/she has? Well, Lucifer is that one, depicting the same. Developed by Tom Kapinos, it is based on the DC Comics character and ran from January 25, 2016, to September 10, 2021. Lucifer Morningstar, bored from his life, when involved in a murder case starts a new journey by helping Chloe Decker. Although the first season received mixed reviews, as the series progresses, it turns to positive ratings with the huge liking of the audience.

Where to Watch Lucifer: The series first ran on Fox and later on, shifted to Netflix.

Created by Joss Whedon, Jed Whedon, and Maurissa Tancharoen, and based on the Marvel Comics organization S.H.I.E.L.D, it got released under ABC Studios and Marvel Television. A total of 7 seasons that aired from September 24, 2013, to August 12, 2020, revolves around the agents that deal with various issues, enemies, and missions to overcome the enemies. Although the reviews were continuously increasing with every season, its ratings dropped. But, the series with the high production value ranked top on the list.

Where to Watch Agents Of S.H.I.E.L.D: The series is a work of ABC, so produced on the same.

Ok, so most of the audience knows Titans and their dramatic and fabulous actions. An American superhero television series created by Akiva Goldsman, Geoff Johns, and Greg Berlanti, the series is based on the DC Comics team Teen Titans. It premiered on October 12, 2018, and running till now with season 3. A fourth instalment has also been announced. With the audience and critics praising the concept and the characters of the series, it revolves around a group of teen members who made their plans to fight against evil.

Where to Watch Titans: The first two seasons were released on DC Universe and season 3 on HBO Max

An American police procedural drama television series that is created by Stephen Carpenter and Jim Kouf & David Greenwalt and revolves around Nicholas Burkhardt who discovers that he is a Grimm, ran from October 28, 2011, to March 31, 2017, with a total of 6 seasons. The series is based on Grimm’s Fairy Tales, by the Brothers Grimm, and attracted an audience. A beautiful fairy tale story that is presented in a different taste has liked by the audience.

Where to Watch Grimm: The series is available to watch on NBC.

Constantine is an American mysterious and detective drama television series that is developed by Daniel Cerone and David S. Goyer. It is based on the DC Comics character, and shows John Constantine, an English exorcist and occult detective who hunts supernatural entities. Airing from October 24, 2014, to February 13, 2015, the action sequences and the performance of Matt Ryan was highly liked by the audience, although, the series got cancelled after season 1. As the series is worth watching, Matt is preparing for his debuting on Arrowverse.

Where to Watch Constantine: Season 1 the series premiered on NBC.

An American supernatural drama series that is based on “The Legend Of Sleepy Hollow” by Washington Irving aired from September 16, 2013, to March 31, 2017. The fun-loving mythology is the base key that attracted the audience and the critics, making it gain favorable ratings and reviews. A long four seasoned series revolves around Ichabod Crane, who has somehow come back from the dead to unravel a strange mystery. Well, the plot is going to be more dramatic and in the middle of the mysteries and tragedies.

Where to Watch Sleepy Hollow: The series is released on Fox.

Who doesn’t know Sherlock and the amazing storyline it depicts? Created by Steven Moffat and Mark Gatiss, it is a British series that is based on Sherlock Holmes by Sir Arthur Conan Doyle and ran from July 25, 2010, to January 15, 2017, with 4 seasons. With an ensemble writing and direction, it depicts the series of crimes and mysteries that are solved by the genius detective Sherlock Holmes. Well, the series has won so many awards and nominations and has received great positive reviews.

Where to watch Sherlock: The series is released on BBC One, BBC One HD, BBC HD with PBS.

Set in the Marvel Cinematic Universe, Daredevil is an American television series based on the comic character Daredevil and is created by Drew Goddard. A long 3 seasons ran from April 10, 2015, to October 19, 2018, that got released under the production of ABC Studios and Marvel Television. The series revolves around Daredevil, a blind lawyer by day but the vigilante at night. With the high production value and the dramatic scenes, the series got good ratings and viewership on Netflix.

Where to Watch Daredevil: The viewers can watch the series on Netflix.

Stranger Things is an American science fiction horror drama television series created by The Duffer Brothers, that revolves around the disappearance of a young boy and the mysterious appearance of a young girl with psychokinetic abilities. The Duffer Brothers have mixed the horror, science fiction with the supernatural genre to beautifully present the series with not just a unique storyline. Receiving positive reviews and ratings for the action, plot, direction, and writing the series has gained high viewership on Netflix.

Where to Watch Stranger Things: The series is available to watch on Netflix.

NEXT-READ: 12 SHOWS TO WATCH IF YOU LIKE THE NAKED DIRECTOR! 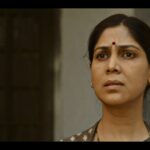 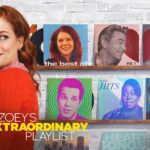