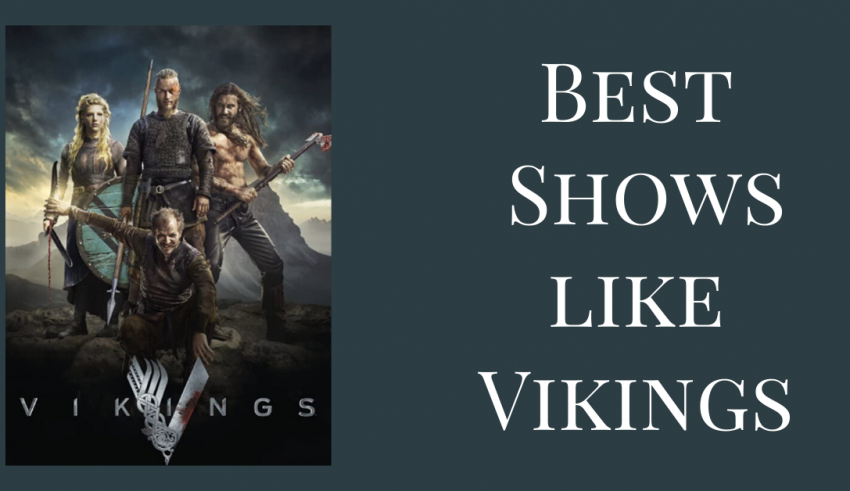 Historical drama series gives a new and a different taste to anyone. It not only gives one an enjoyment but also gives the viewer to know about the past and the history of the country. One gets to know about the battles, people, lifestyle, and many more things in just a single episode of 20 to 50 minutes long duration. Here in this article, you will get to know about ten historical drama series which are just like Vikings Valhalla. You will be able to relate to the series if you have watched Vikings that is created by Jeb Stuart for Netflix. Its plot is set hundred years after the history of Vikings and marks the beginning of the end of the age of Vikings.

The series is liked for its dramatization, good and compelling story with sting characters. A long eight episodes of the duration of 40 to 60 minutes got released on February 25, 2022, and claimed itself one of the best historical drama series. Well, before watching any of the series listed below, do give a watch to Vikings first, as it will make your concepts and image clarity, which will help in the better understanding of the plot.

The first series on the list is The Last Kingdom. Based on the novel series of The Saxon Stories by Bernard Cornwell, the series is a British historical fiction drama that premiered on BBC America, BBC Two, and later on, on Netflix. First aired on October 10, 2015, and still, ongoing with five seasons, the plot of the series revolves around Uhtred and Brina and how will he save his reign. His loyalties are always tested on, and he got stuck in a dilemma as to whom he should choose: his ancestors or the people who raised him. If you have watched the Vikings series and are a fan of historical drama, then you will mostly relate to this. The series is liked for its good writing, production with strong characters. Do give this series a watch.

The Pillars Of The Earth

The next series on the list is the miniseries The Pillars Of The Earth of 8 episodes which are directed by Sergio Mimica-Gezzan and based on the novel of the same name by Ken Follett. Premiered on The Movie Network, Channel 4, and Starz network in different countries, the series mainly focuses on the English history known as The Anarchy in the 12th century and revolves around the construction of a cathedral in a fictional town of Kingsbridge. The strong characters, ancient production, and deep writing have made the series one of the attractive and likable series, and it received good ratings. It also won the Primetime Emmy Awards and the Gemini Awards.

Directed by Michael Caton-Jones, World Without End is also based on the novel series by Ken Follett. The premise is set 150 years after The Pillars Of The Earth where Edward III is ruling over the nation into the Hundred Years of War in France. Caris and Merthin are the two major characters of the series. Premiered on September 4, 2012, on different networks in different countries like Sat.1 in Germany, Channel 4 in the UK along with ReelzChannel in the US, and Cuatro in Spain, the series is also well received by the critics and the audience. It is also liked the same way as The Pillars Of The Earth did.

Created by Michael Hirst and Chris Chibnall, Camelot is a historical fiction drama that revolves around British history and focuses on Arthur and his family. He is placed on the throne after his father’s death, and aims to build a new Britain where people can live freely and happily. But, Morgan, his cold and half-sister wants to crown herself, and so the battle starts. Released on Starz and running from February 25, 2011, to June 10, 2011, the series got released on the Starz network and received positive reviews. The series is mainly compared with Game of Thrones, and gained a good rating, indicating the series to be sexy and fresh.

Britannia is a historical fantasy television series created by Jez Butterworth and Tom Butterworth. Released on Sky Atlantic, Epic, and Amazon Prime Video, a long three seasons series is a mixture of fantasy and fiction along with the historical events that revolve around the battle of Romans and the people of Britain. Gained such positive reviews and claimed as a brilliant one, the series revolves around how Aulus Plautius and Lucius try their best to conquer Britain. They start where Julius Caesar had left the battle. The series is a long historical battle series showing the war for a reign between two kings. It is recommendable to watch this series once.

Many of you must have watched this. Game of Thrones was a blockbuster in its time. Created by David Benioff and D. B. Weiss, Game Of Thrones is an American fantasy drama released on HBO. It is based on a series of novels, A Song Of Ice and Fire, written by George R. R. Martin, who’s first story is Game of Thrones.

Praised for the story, strong characters, scope, acting, and production, the series ran from April 17, 2011, to May 19, 2019, and gained good ratings and was one of the best television series of that time. The story is set in the fictional world of the Seven Kingdoms of Westeros and the continent of Essos. It follows the battle among many noble families for control of the Iron Throne. Well, the series also features many plot lines, people, and the fierce creatures of the North.

One more television series that is based on a novel is The White Queen which is a British historical drama that premiered on BBC One and is based on Philippa Gregory’s novel series The Cousin’s War including The White Queen, The Red Queen, and The Kingmaker’s Daughter. Directed by James Kent, Jamie Payne along with Colin Teague, this series is also a cold war between the two families; the House of York and the House of Lancaster, to get the throne of England. Released on June 16, 2013, in the UK and August 9, 2013, in the US, the series got favorable mixed reviews from the audience in both countries. Although, the series was compared with the Game of Thrones, and reviewed that it did not show the exact history and it also appears to be violent, the characters and the production steal the limelight and ranked with good points.

The second most expensive series after the Game of Thrones is Marco Polo. Created by John Fusco, the series got released on December 12, 2014, and ran for a total of two seasons. The series got mixed reviews, mainly the negative ones for season 1. The series was called an old-fashioned epic, and the critics did not like the differences made in the real history and the series, although Marco Polo: the Italian traveler was praised a lot.

Despite all the negative reviews, the series stands for so many awards, and it also won an award from the President of Mongolia. The plot of the series revolves around the battle between the Chinese and the Mongolian army, caught up in the middle is the traveler and the explorer Marco Polo. He gets entangled in the court of Kublai Khan, and became a part of the conflict between the two armies. Well, there is a lot to learn from this series, with how the traveler explores everything with how beautifully the history is shown.

Created by Sam Raimi and Steven S. DeKnight, Spartacus is one more American television historical series that premiered on January 22, 2010, and revolves around the historical figure of Spartacus, a Thracian gladiator who led a major slave against the departing Roman Republic. Although, one user wrote that the series needs improvement in its first season, but still, the series holds good ratings and won many awards. It had a deep concept and history, which any normal series lacks. It would be the highest recommendation to watch this series once.

The last but not the least series on the list today is Barkskins. Created by Elwood Reid, Barkskins is an American drama television series based on the novel of the same name by Annie Proulx, that premiered on May 25, 2020, on National Geographic. Revolving around the story of the English and French colonists to the New World, the plot focuses on two immigrants who were Baskins (commonly termed as woodcutters). The series received good ratings and reviews from the critics and the audience. It gained 8 ratings on IMDb, which is quite satisfying, and therefore the best pack for your weekend.

MUST-READ: Here Are The 12 Miniseries On Disney+Hotstar! 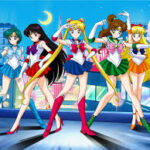