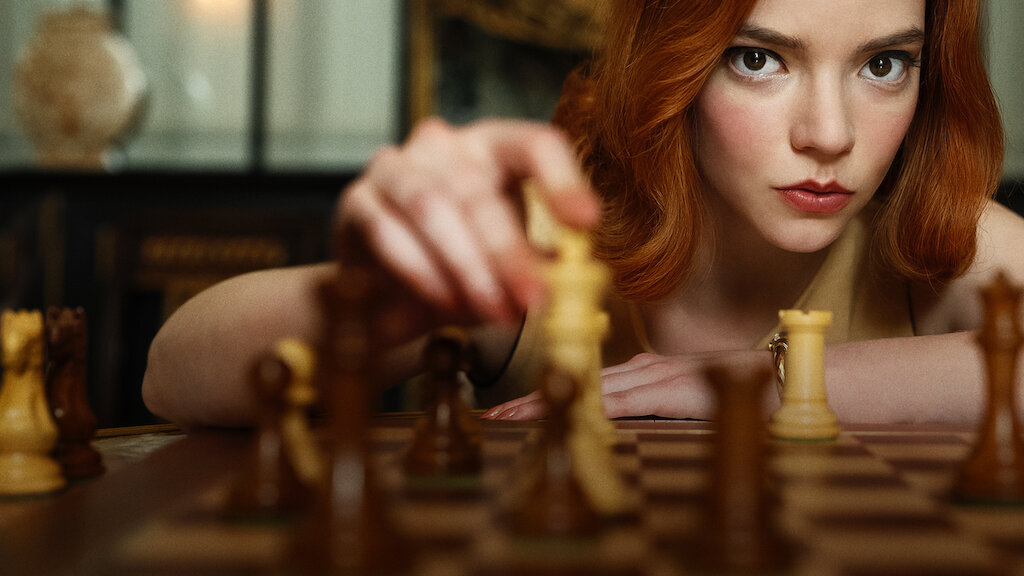 Netflix has become a common part of every household nowadays and in this growing busy world, people often look for series that aren’t long enough like most sitcoms or other series. here come the mini-series to our aid. The mini-series aren’t the ones for whom we can expect a sequel and are limited to a single season and limited episode within which they can charm their ways through our hearts. Today we have come up with 12 such series which are not long enough and can be enjoyed by many between the gaps of their daily busy lives.

Starting the series with the most-watched miniseries available on Netflix, the queen’s gambit is a 2020 mini-series that is based on a 1983 book of the same name and depicts an amazing, dramatic, and goosebump-filled story. the show has got a huge fanbase all over the world with a total of 8.6 IMDb rating which is quite remarkable and speaks for itself for sure. The story is about a fictional character named Beth who is a chess prodigy and has spent her childhood in an orphanage after her mother passed away in a car accident, and like most other orphans of those days, she was given tranquilizers to cope with the traumas. Through she gets adopted to a good family later on and is slowly climbing the steps towards becoming the world’s best chess player, her growing use of drugs makes her mental and physical health worsen.

Discrimination has been a part of our world for years and is still going on and here we are with a real-life story cinematized and given to us depicting the horrors of society. When they see us is a crime-based mini-series that is based on the lives of five suspects who are wrongfully being accused of sexual assault of a woman. The only thing they share is the color of their skin. The entire inspection is done in a biased way while we see the five young boys breaking down emotionally and physically. Soon they are considered guilty and pushed into prison cells for a long time. Soon after a long time the families of the prosecuted boys filed a case against the city for wrongful conduct and won the case. It is indeed a beautiful series and has also received an 8.9 IMDb rating.

This series is for all the football fans out there. The history of football is not as fun as it seems though. The English game is a mini-series that came out in 2020 and has received a 7.7 IMDb rating.  in the series, we are looking at the early days of the fa cup when mainly the upper-class teams have the upper hand in the game but soon, we see the revolution rising when the working-class team, Darwen FC signs two amazing Scottish players just before the quarter-finals of the fa club and dominating the cup. This not only leads to a revolution in the football world but also a change in the entire political scenario. This show is a must-watch for all those fans who are not only interested in the present days of the game but also how the game rose to its greatness which we see now.

The crime genre is one of the most loved genres in the world and giri/haji is a mini-series that tops the list when it comes to this genre. the series is mainly set in London and Tokyo while it has a dialogue setting of English and Japanese. The series is available on Netflix since 2020 and has received a 7.8imdb which is quite good. The show depicts the story of two brothers, yuto who is a well-known criminal and has left Tokyo after he murdered the nephew of the yakuza family which is turning the entire events in Tokyo towards a war. However, to his brother Kenzo and many others, he was assumed to be dead. The past comes back hitting hard when Kenzo who is a detective has to leave Tokyo in search of his brother and gets into the dangerous London underworld. This show will give you goosebumps every moment you watch and the trailer is enough to make you intrigued to watch the show.

Many of us here don’t know about the orthodox communities of the Jewish societies and here we are with a series completely based on that part of the society. Unorthodox is a mini-series that came out in the year 2020 and has received an 8.0 IMDb rating. the show is mainly based on the life of a 19-year-old Jewish woman who is living in an unhappy arranged marriage in the ultra-orthodox Jewish community of Brooklyn. Soon she decides to run away and have a new start with her mother who lives in berlin. She is slowly learning about the outside world she has never been a part of and enjoying it while her husband and his cousin come to berlin searching for her when they realize that she is pregnant.

MUST-READ: IS THE BATMAN WORTH WATCHING?

Unbelievable is a mini-series be, longing to the thriller genre which was released in the year 2019 and has received an 8.4 IMDb rating. the single word rape is quite traumatizing for all women out there and here we are with a story that depicts the investigation of a case where a single maniac rapist goes around raping vulnerable girls throughout the map and due to different jurisdictions, there is no end which the jurisdictions can reach. However, things change this time, two detectives lead the case and are slowly tying the strings all over the map while they are slowly headed towards the revelation of this rapist.

Moms are considered to be the strongest among all and single mothers are surely facing some struggles which are worth appreciating. Maid is a 2021 series that received an 8.4 IMDb rating and is based on the life of a single mother who moves out after tolerating a lot from her abusive boyfriend. Alex now struggles to raise the child while she keeps continuously dealing with her own chaotic family and disturbing ex-boyfriend but still, she never losses hope and keeps on trying her best.

The stranger is a thriller mini-series which is a Netflix original that was released in the year 202 and has received a 7.3 IMDb. The show follows a unique storyline and is based on the appearance of a stranger into the lives of a happy family and spilling in some dark secrets which year up the entire family and soon lead one of them to disappear. This not only ends there, we see a crime scene getting related to the member’s disappearance, and the entire story turns more and more into chaos leading the family into its ruins.

Alias grace is a thriller drama original from Netflix which came out in the year 2017 and has received a 7.3 IMDb rating. the series is mainly based on the lives of an Irish immigrant housemaid who was wrongly convicted of murdering her employer while she remembers nothing about the event. Though due to certain evidence she was imprisoned but after nearly 10 years and the introduction of Doctor Thomas, who is slowly trying to help grace remember the incidents of the murder and save her out of her miseries.

Behind her eyes is a thriller Netflix mini-series that came out in the year 2021 and has received a 7.2 IMDb rating. the show follows the life of a mysterious couple who are interfered with by the husband’s secretary when she enters into an affair with him and at the same time ends up being friends with his wife.  At first, everything seems perfect however it got messier and messier as they get deeper into the relationship while both women break down mentally from the fear of David.

Bodyguard is a British thriller drama series that came out in the year 2018 and has received an 8.1 IMDb rating. the series is mainly based on the life of a bodyguard who is an army veteran and is now working as the chief protection officer for the home minister whom he despises for her ideology, while he is still suffering from PTSD. The story shows the dirty world of politics and the crimes politicians are indulged with at every step of their career and the horrors of PTSD.

The list ends with another thriller series, safe which was released in the year 2018 with a 7.2 IMDb rating and a total of 8 episodes. The series follows the story of a father who just lost her wife and is a pediatric surgeon. He has got two daughters whom he finds difficult to connect with while one suddenly goes missing from a part. Soon an investigating team is set and many secrets slowly start coming out from the deep dungeons which were unknown to most. The series is very well written and is surely a must-watch for all the thriller lovers out there. 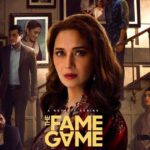