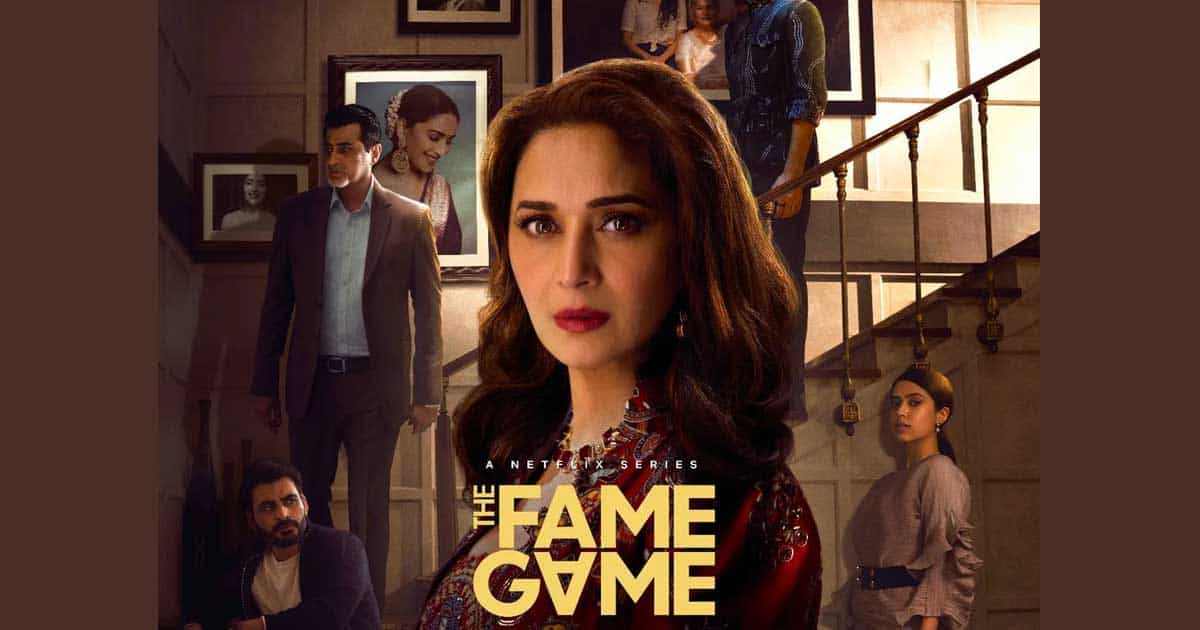 The Fame Game is an Indian thriller series directed by Bejoy Nambiar and Karishma Kohli and created by Sri Rao. It’s a mystery drama starring  Madhuri Dixit, Sanjay Kapoor, and Manav Kaul in the lead roles along with  Suhasini Mulay, Lakshvir Saran, and Muskkaan Jaferi in the supporting roles. The story is about the investigation of a Bollywood actress Anamika Anand, who went missing without leaving any trace.

Is The Fame Game Based On A True Story?

The storyline of the series is written in such a way that, whale watching at least once we must have wondered like ‘Is this a real story? Well, what to say, just hats off to the makers who made us feel that it’s real. No, Fame Game is not based on a true story. The creator Sri Rao said that he wanted to contribute an epic series to the Bollywood industry. The show portrays the real-life struggle of the actors and actresses who are in the fame light.

The series shows that being in fame light is not that easy, in reel life, and in real life, people will always be watching you. Your social media posts, personal life, private life, people will always know who you are, where you are, and what you are doing. It’s not easy to do something on your terms when the spotlight is on you. The series shows the inequality that’s happening between male and female actors in the industry, It will show you everything from the difference in payment made to the actors, sexism, egoism, and dominance existing in the Bollywood industry. While making the series, Sri Rao’s main aim was to give the audience something that they know nothing about; to tell them that being a celebrity is not that easy.

The main characters of the series are Madhuri Dixit as Anamika Anand and Manav Kaul as Manish Kanna. Though we might feel it might be the real-life story of Madhuri, the creator has made it clear that it’s not. Anamika’s life and backstory are completely different from that of Madhuri’s. So there is no point in assuming that it’s true. Being a hardcore fan of Madhuri, the creator’s only motive was to come up with a story that should stand up to Madhuri’s talent. Though the characters are fictional, the struggle it portrays is true, that all the actors might be facing even now.

The entire series revolves around the life of Anamika Anand, a sensational Bollywood actress. The story begins with the disappearance of Anamika Anand which shakes the entire Bollywood industry. The missing case of Anamika is handled by ShobhaTiwari. The investigation slowly unfolds the deepest and darkest secrets that surround Anamika. They find out that a lot of chaos has been happening in her family for months before her disappearance. As a lead, Shobha finds that Anamika has convinced her husband producer Nikhil, to sign her latest movie with Manish, her long-lost boyfriend.

Shobha also figures out that her mother’s gambling habit and her husband’s bad investment lead to the loss of all her hard-earned money and this might be a reason for her disappearance. The real identity of her son, Avinash, and her daughter, Amara’s passion for becoming a reputed actress like her mother, must have been too much for Anamika to digest. Moreover, when Shobha gets to know that Nikhil used to physically abuse her and her family never allows her to make any decisions, made her finalize that, all these might have mentally tortured Anamika which made her disappear. But the story takes an unusual turn when everyone gets to know that Anamika was never kidnapped.

Where To Watch The Fame Game?

Fame Game is streaming on Netflix. What are you waiting for go and watch to know what really happened to actress Anamika Anand?