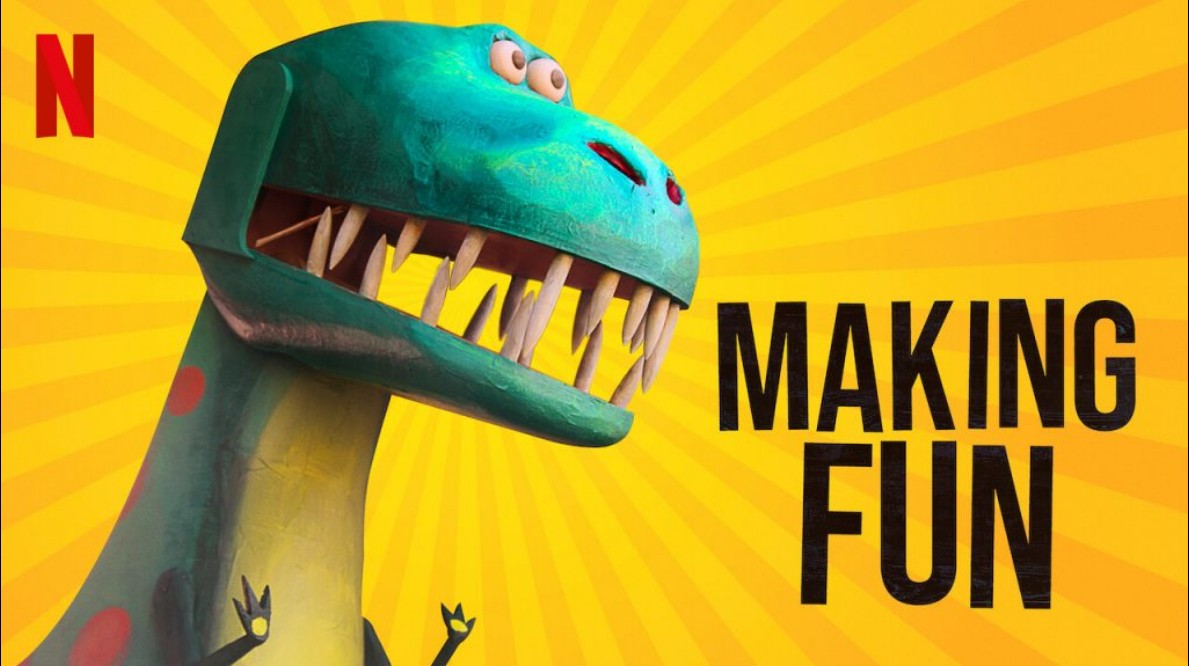 Making Fun is a reality show filmed in the US that will be directed towards a younger audience and is about building creative and complex contraptions, models, toys, tools, and anything else you can name. The series will go about each episode in a unique way as to what is built in each episode because they will be taking requests from children who will make a guest appearance on the show.

The description says there will be very few limits as to what can be requested, no matter how crazy, weird, wacky, or even useless it may be.

Season 1 of the family-friendly show Making Fun will be released on March 4, 2022. As of now, Making Fun season 2 release date has not been announced yet and much information is not available regarding it. We can only wait for any official statement to drop soon.

The show won’t be anything too complicated though is likely to be a hit with children since they are the primary audience for it. Basically, expert designer and maker Jimmy DiResta, who is the central focus of the show, will be taking input from kids for inventions, toys, and tools regardless of if they have a purpose or are completely pointless. Then Jimmy along with his team will build the invention and ultimately present it at the end.

This will be fun as kids can see whatever they imagine come to life and the resultant product will either be cool or humorous or something completely different from what they imagined.

Right now the only cast member mentioned is the main host, designer and builder on the show, Jimmy DiResta. Though no other names are needed as he will be the headliner of Making Fun.

Born on April 3, 1967, Jimmy DiResta is a popular artist, designer, builder and video producer based in New York. Jimmy had been fiddling and experimenting with tools in his dad’s shop ever since he was a kid. He has over 40 years of experience in building things with materials that range from plastic to metal and everything in between, according to his website. His father, who was a handyman, was the one who encouraged Jimmy to be creative with tools and always have a mind open to learning new things.

Jimmy DiResta is also known to audiences of the show Making It on NBC. Jimmy also has his own Youtube channel where he documents and uploads his woodworking creations. He also posts additional videos of his latest builds and sells custom merch and tools on his website.

For the show Making Fun, Jimmy will be assisted by his team in the building process.

The trailer was released on Feb 4, 2022, by Netflix and shows glimpses from the series. This includes Jimmy being grumpy, the kids giving their ideas over a video call, some humorous moments between the team and the kids, and even Jimmy rejecting their ideas in a funny yet friendly way. The inventions that were either glanced at or mentioned in the trailer include the stinky catapult, a giant dino that crushes tacos, unicorn bicycles, and what looks like a realistic shoe-shaped vehicle.

It definitely looks like loads of fun and both the kids and the team seem to be enjoying every moment of it.

Where to Watch Making Fun?

Making Fun will be exclusively available to stream on Netflix from March 4, 2022.

ALSO READ: IS SUPER PUMPED: THE BATTLE FOR UBER BASED ON A TRUE STORY?