Bargain Block is a renovation show done by home renovation experts Keith Bynum and Evan Thomas, who fulfill their dream of renovating the houses in the iconic American city of Detroit. They buy damaged and abandoned properties and turn them into affordable and stylish houses for first-time homebuyers. The best part is that they use second-hand products of high quality and other DIYs to restore the house.

There are a total of nine episodes n the first season of Bargain Block. Those were their first attempt at renovating the houses. The first season was released on April 14, 2021. During that time home renovation shows were really rare and this was the first show that people watched with curiosity. Something that surprised the audience is that they literally turn a good-for-nothing house into a stylish unique house that too with limited and second-hand items.

The response from the audience for season 1 was quite heard whelming. This gave them the confidence to continue their show and they came up with season 2. Though the official release date is not yet announced. It’s sure that the show will kick-off in summer 2022, with the same hosts Keth Bynum, Evan Thomas, and Shea Hicks-Whitefield. Season 2 has 10 brand new hour-long shows with the trio renovating in Detroit. So stay tuned to know the release date and till then keep calm, you know some shows are worth waiting for.

How Did Bargain Block Begin: The Untold Story

Bargain block show is a home renovation show where the hosts buy abandoned properties and turn them into classy houses. So how about we start from scratch. Do you wanna know some interesting facts about the hosts? Well, continue to explore. Keith Bynum is an amazing designer and Evan Thomas is a crafty carpenter. Their main aim is to restore the houses in Detroit by following the principle of  “one house at a time”. They buy the houses at run-down and make them stylish to sell them at affordable rates to the new housebuyers. Another interesting thing about them is that while renovating both of them cover up almost all the work, and try to keep their costs down by using low-cost materials, second-hand products, and tons of DIYs.

Each house has its own unique style and theme. They also live in each house they renovate and later move on to the next house. Here comes the interesting part, we all know the hosts right? They are really comfortable with each other, they are compatible, moreover, they are partners. It’s like they are couples, well no wonder we feel that way. Because they are very much a couple in real life too. Yeah, they met through an online dating site Match.com when they were staying in Colorado and they are together since then.

Though we are not sure about their marital status, they don’t seem to have any children. It’s cool and exciting right to work as well as live with your better half. Like you guys will always be together. What more do we want in a relationship. Keith and Evan feel the same, they are excited to work with each other that they will get to know each other better. They also add that they laugh when they think about the times when they used to discuss their future, like what if they stay apart. Look at them now always together, while growing and building their life together.

Did you guys notice something else? Both of them are not from Detroit, so how did they end up there? Bynum is from Texas, and Thomas hails from South Dakota. Both of them were living in Colorado, where they met and decided to start a home renovating business. Bynum did some research in the markets and decided that Detroit would be a better place to start their business. The city’s cool ambiance and scene attracted them.

In January 2017, Bynum came to Detroit with some money to buy a house here. Later Thomas agreed to join him as a partner. Though have decided to start their business there, they were quite confused about how the people of Detroit might respond. But to their surprise the Detroit citizens especially their neighbors warmly welcomed their ideas. There begins their beautiful journey and it continues.

Where To Watch Bargain Block?

Bargain Block Season 1 is now available to be watched on Amazon Prime Video.

MUST READ: PUSS IN BOOTS SEASON 2: RENEWED? OR CANCELED? 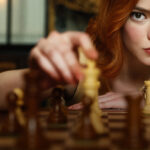 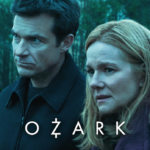