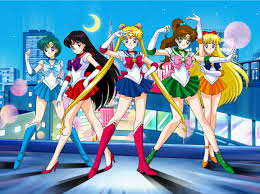 Japanese anime has slowly and steadily set its foot in the hearts and minds of audiences worldwide. Sailor Moon is a 1992 Japanese anime. It is a superheroine magical girl TV series. As anime are adaptations of manga, Sailor Moon is the adaptation of a Naoko Takeuchi written manga of the same name. The season of the series was directed by Junichi Sato. Iriya Azuma, Kenji Ōta, Toshihiko Arisako, and Kōichi Yada have produced the series. The series has a total of 5 seasons released over the years. It was broadcast on various networks including ABC, Fox Kids, and GMTV. There are a total of 200 episodes and 3 specials through all five seasons.

When a series receives positive reviews, it becomes a part of speculations. However, years have now passed since the last episode of the last season of the series was released. The millennials and Gen Z of today cannot help but wonder if the show is worth watching after all this time. Has the series lost its relevance as time has passed? Will the series still make for an intriguing watch? Will it be worth it to give it a try? There is no dearth of content, today and so discussions on forums are rife. The early responses suggest that Sailor Moon is dated. The series was released 30 years ago and mindset and technology have developed a lot over these years.

However, opinions differ. People who want to give this genre a try can surely watch it. Even though it has been a long time, the series was one of the best of its times. Many members of the audience believe that the series has played a major role in forming a new perspective. In that way, Sailor Moon has been influential and can be watched once only for the standing out value.

The first season of the series was released on 7th March 1992. The series offers a poignant view on the gaze that refuses to mandates a woman to look pretty to exist. The Sailor Moon despite its superheroine genre offers much more than expected. Season 2 was released soon after on 6th March 1993. The series has widespread critical acclaim for its venture into the woman protagonist genre. In a way, the series also managed to start a conversation around the same. Season 3 of Sailor Moon was released on 17th March 1994. The popular series ended in 1996 with the release of its last season’s first episode on the 2nd of March.

Is Sailor Moon Worth Watching?

The story of Sailor Moon follows the life of the protagonist who leads an adventurous life in disguise and lives under the civilian name of Usagi Tsukino. In daily life, Tsukino is a middle school student. Her life changes when she receives a superpower. She becomes the Pretty Soldier who leads the troop of soldiers determined to protect Earth. As the story progresses, the series also showcases beautifully the growth of its protagonist from a naive middle school student to an intelligent and responsible young adult.

Where To Watch Sailor Moon?

Viewers can watch Sailor Moon on the streaming platform Hulu.