A friend of mine told me the other day how they recently completed watching a Chinese drama. They are so obsessed with it now that now they are looking for more dramas like this one. When we like a show that we watch, it’s human nature to want to watch other shows like it. So when K drama fans got to watch the tempting trailer of All Of Us Are Dead, they couldn’t stop themselves from watching more shows like this.

Starring Park Solomon in the role of Lee Suhyeok and Park Ji-hoo in the role of On-jo, All Of Us Are Dead is a 2022 Korean Drama. It will release on the 28th of January on Netflix. The coming of age horror k drama revolves around a group of students trapped in their high school which has been invaded by a zombie virus. If you are one of those who have loved the trailer of All Of Us Are Dead and cannot wait to tune into your screens, here’s a comprehensive list of movies like All Of Us Are Dead that you may watch till it releases. Stay tuned!

There can not be a conversation on zombies without bringing in, The Walking Dead. This 2010 horror movie starring Norman Reedus in the role of Daryl Dixon is set in post-apocalyptic America. The premise revolves around the survivors of a zombie apocalypse.

The Frank Darabont series was based on a novel of the same name. As the story progresses, horror is created through the absurd things that happen because of the zombies. The series also stars Andrew Lincoln, Melissa McBride, Lauren Cohan, Danai Gurira, Jeffrey Dean Morgan and Steven Yeun in pivotal roles. You can watch the series on Netflix.

Train To Busan is just about that. A journey from Seoul to Busan. The passengers are a father and his daughter. What could go wrong with this? Except that everything ends up going wrong. All hell breaks loose when a zombie apocalypse hits South Korea and the father-daughter duo is stuck in the train.

Sweet Home is anything but sweet home. The 2020 apocalyptic horror drama is a South Korean TV series. The premise is that humans are turning into monsters and the others must survive this. Humanity is at stake and one must do everything to protect it. There are many people stuck inside the building knowing that going outside would mean having to encounter the monsters. They know that making it alive is difficult and so only want to survive it for as long as they can.

Sweet Home stars Song Kang, Lee Do-Hyun, Lee Si-young, Go Min-si, Lee Jin Wook and Kim Sung-Cheol in pivotal roles. The series had a total of 10 episodes. It was released on 18 December. You can stream it on Netflix.

Peninsula is the sequel of Train To Busan. Set in 2020, the story follows Marine captain Jung Seok and his group of friends. The group is on a mission for which they reach the Korean peninsula which is known for its lurking zombies. They must escape death narrowly as they try to get their hands on the $20M containing food truck.

MUST-READ: Ten Movies Like Pushpa That You Must Watch!

Alive is a 2020 thriller and drama series. It is set during a time when a virus invades the Korean City. People do all things to save themselves. Yoo Ah-in plays a character named Oh Joon-woo. Joon-woo locks himself inside his apartment to protect himself.

However, events take a turn when he meets another person trying to survive. Other actors playing pivotal roles in the series include Park Shin-Hye, Yoo Ah-in, Lee Hyun-Wook, Jin So-Yeon, Joo Bo-bi and Oh Hye-won. Alive is streaming on Netflix.

6. The Odd Family: Zombies On Sale

Starring Jung Ga-ram, Kim Nam-Gil, Jung Jae-young, Lee soo Kyung in pivotal roles, this is a horror-comedy. The series was released on 13 February 2019.

The premise revolves around the Park family that tries to make money out of others’ suffering. The Parks have got their hands on a secret of a pharmaceutical company. The company is responsible for the creation of a zombie and the Parks know this. Together, the family goes through a ride for the sake of earning money.

Rampant was released on 25 October 2018. The Kim Sung-hoon directorial is a South Korean Action zombie film. The story progresses in the backdrop of a zombie plague. It stars Hyun Bin, Jang Dong-gun, Kim Eui-Sung, and Jeong Man-sik in pivotal roles. You can watch it on Netflix.

Kingdom is a 2019 historical political drama set in Joseon-era Korea. There have been two seasons of the series. The premise revolves around the rise of the dead king and the plague that begins to spread after that. The prince must do everything he can to bring the misery off his people’s shoulders. 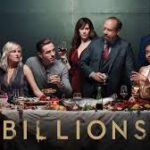 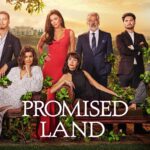