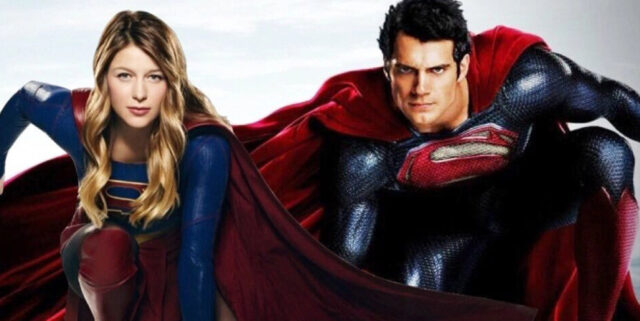 Well, we all love superheroes. We watch Superhero movies and read Comics since our childhood. Superman is one of the most famous and powerful superheroes characters that we all love. There are many movies on Superman, whether it’s Christopher Reeves’s The Superman film franchise from the 70s or Brandon Routh’s Superman from 2006, these movies have a major impact. But in 2013 we get to see a return of Superman on the big screen since 2006. Some of us liked that film some of it not but it was clear that Superman movies never let you down.

In 2015, for the first time, we got to see Supergirl’s live-action series. The role of Superman’s biological cousin Kara-Zor El is played by Melissa Benoist. Since the release of that show, Supergirl gained immense popularity among Comic Nerds. We all love the Superman and Supergirl chemistry on the show. But there is a debate going around since then that who is stronger Supergirl or Superman?

Well, actually this question was asked way long before, in the era of Comics. After the release of Supergirl and Justice League, the character got really famous that is why this question is raised again. So, who is stronger? Let’s get into it.

Who is Stronger, Superman Or Supergirl?

Well, Superman and Supergirl are biological cousins, they share the same psychology, they both have the same type of strengths and weaknesses. Both are from Krypton planet.

If we ask the question to some fans, they will obviously be biased towards Superman, and it’s not wrong, they haven’t watched Supergirl yet. As well as he has much greater achievements on earth. Supergirl is a recently introduced character.

But there are some characteristics that put Supergirl on top of Superman. And DC also finally give us an official answer.

Most Superman fans say that Superman can absorb solar energy much faster and have much solar power because he came to earth as an infant. However, Supergirl has absorbed more Sun’s radiation as she was sent to earth before Kal but ended up spending years in outer space, end up absorbing solar radiation. She also spends her teenage on Krypton, thus her muscles grow in a much higher gravity, which means on muscular lever Kara is on top of Kal who was raised on Earth.

DC Comics have also answered that question, as they release a comic, Crime Syndicate #5, in which Supergirl is set to become a greater and more powerful superhero than his Kryptonite family in the future. We need to give some more time to Supergirl to live on earth and show us what exactly he is capable of. As of now, it is safe to say that despite having some kind of strengths and weaknesses, Supergirl is slightly on top of Superman.

READ MORE: Is Photocopier Inspired By A True Story?

A fictional character and a superhero in a DC Extended Universe, Clark Joseph Kent also known by his alien’s name Kal-El and his superhero personality Superman. This fictional superhero is created by Jerry Siegel and Joe Shuster in 1938. In the films, he is a Kryptonian refugee who lands on earth and gains superhero abilities as well as becomes one of the earth’s most powerful protectors. Although humanity is initially divided over his actions, h ultimately inspires others to fight crime and defend the earth.

This version of Superman also appeared in Batman V Superman: Dawn of Justice and Justice League, serving as one of the major characters in the DC Extended Universe. This version first appeared in the film Man of Steel (2013), which was portrayed by Henry Cavill, who is the first non-American actor to portray Superman. Henry Cavill is British.

Compared to Warner Bros.’s previous Superman series, Zack Snyder’s films in the DC Extended Universe (DCEU) have portrayed the character as more flawed and human, basically more real. Cavill’s performance in Zack Snyder’s Man of Steel and a director’s cut of Justice League was well received by critics. This is the reason, Warner Bros. releases another Justice League on the fans’ demand by Zack Snyder, even after removing him as a director.