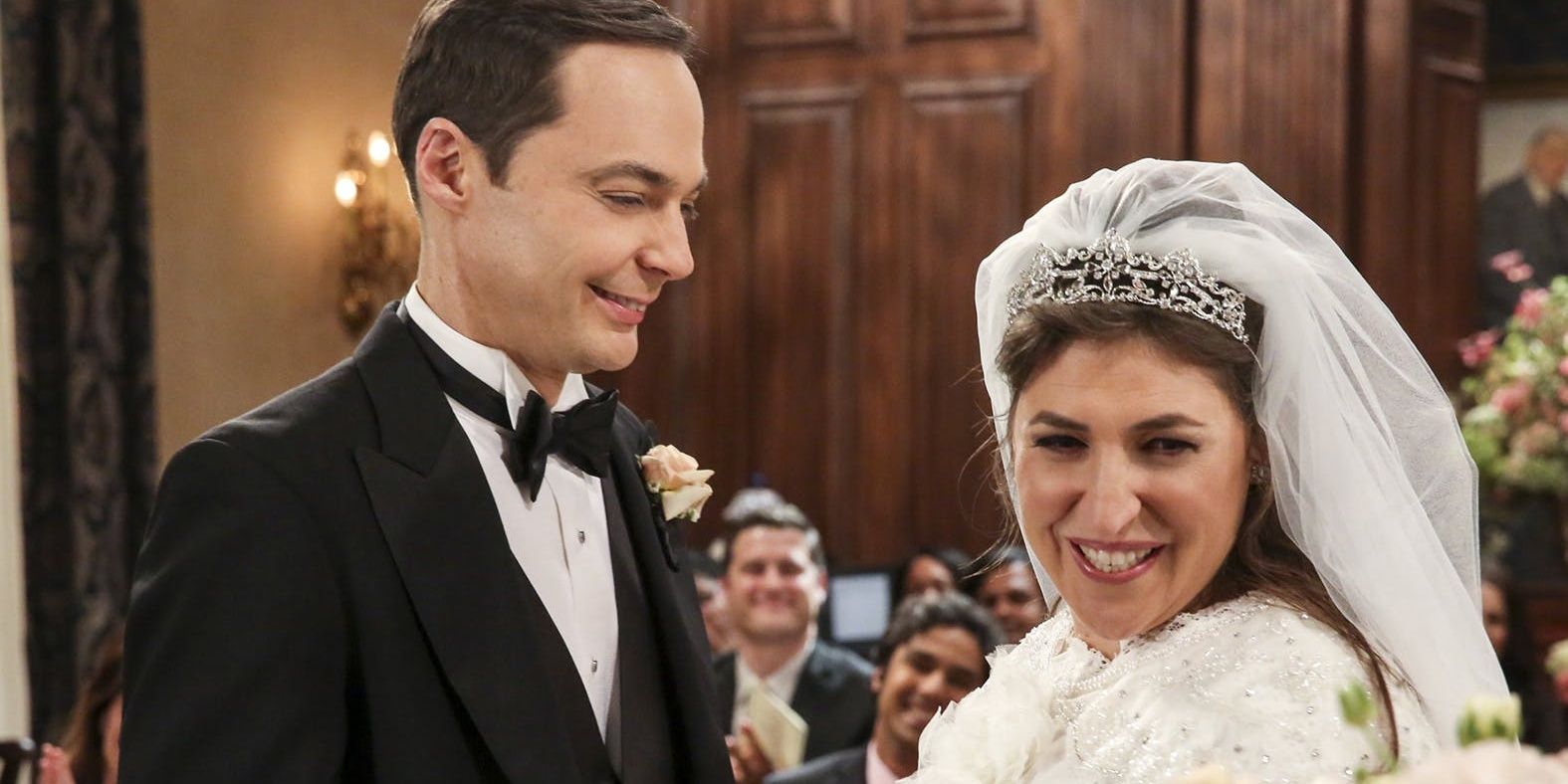 In May 2019, “The Big Bang Theory” aired its final episode. It captivated the audience for 12 years and invited viewers into the world of Sheldon, Leonard, Raj, and Howard. Mayim Bialik told Us Weekly that the show was so good because the cast had good chemistry behind the stage.

During the series finale, Amy and Sheldon win a Nobel prize together, proving you can work with those you love. On Parson’s birthday, Bialik posted a montage of outtakes from the show. Bialik captioned it, “I worked alongside this man for almost a decade and basically imitated him as Amy”.

So, the actors have a good relationship as the chemistry between them on screen is flawless and beautiful, behind the stage they are like best friends, but are they married?

Yes, he is gay and has been married form 2017 to Todd Spiwak. So, it’s a piece of sad news for Big bang theory fans that Amy Farrah and Sheldon Cooper are not real-life couples, but hey at least he is happy with Todd, and that is all we want. And for Mayim, she was once married to Michael stone but the couple broke up in 2013 after 10 years of marriage. The current status of her relationship is that she is single, however, the actress is quite private in her personal life.

Jim parson or James Joseph Parson is an American actor and producer born on March 24, 1973, in Houston, Texas, U.S. In the CBS sitcom The Big Bang Theory, Parson played Sheldon Cooper from 2007 to 2019. His performance has earned him several awards, including four Emmy Awards for Outstanding Lead Actor in a Comedy Series and several Golden Globe Awards for Best Actor in a TV series Comedy or Musical.

In 2018, Forbes estimated salary of his, which came out to be $26.5 million which makes him the world’s highest-paid actor for television at that time.

Jim has been married to Todd Spiewak since 2017. His husband Todd Spiewak is an art director and Jim calls his marriage “an act of love”. They got married in New York in 2017.

READ MORE: Is Supergirl DC Or Marvel? The Answer Is Here!

Mayim Bialik or Mayim Chaya Bialik is an American actress, author, and game show host. She was born on December 12, 1975, in San Diego, California. Bialik played a title character of NBC’s sitcom Blossom from 1991 to 1995. She also played a character who was a neuroscientist Amy Farrah Fowler on CBS from the period of time of 2010 to 2019. This CBS sitcom is The Big Bang Theory, for which she received 4 nominations for Primetime Emmy awards including Outstanding Supporting Actress in a Comedy TV Series, and won 2 Critics Choice Awards for Best Supporting Actress in a Comedy Series, first in 2015 and second in 2017.

She was married to Michael Stone from 2003 to 2013 and has 2 children Frederick Heschel Bialik Stone and Miles Roosevelt Bialik Stone.

This Comedy Drama series stars two fictional Caltech geniuses, Leonard L. Hofstadter (an experimental Physicist) and Sheldon L. Cooper (a theoretical physicist), who live across the hall from Penny Hofstadter, a blonde waitress and aspiring actress. They are the kind of “beautiful minds” that understands how the universe works, but none of that helps them interact with people, especially women. Howard Wolowitz, an aerospace engineer, and Rajesh Koothrappali, an astrophysicist, are their equally geeky co-workers and friends. As the show moves on, each male finds his female counterpart, but sadly Raj left single at the end of the series.