Slowly and gradually people are losing interest in reality television shows as nowadays most of these shows are turning into a cliché, stereotype and what they serve us are most of the time fake. Behind any successful and trivial reality shows, what matters the most is their production companies as well as their distributor. For making any effective unscripted shows it needs to have an original concept and interesting personalities or contestants.

There is such a one-of-a-kind show by Netflix entitled “Queer Eye” which is an award-winning show. this is not your regular and any other common reality shows as Queer Eye is the strong representation among the LGBT people communities that incorporate minorities or people of color. Netflix has dropped a total of five seasons so far and it’s time to see whether the OTT giant has the sixth season in their schedule or not? In this article, we have put down all the information that you need to know about Queer Eye Season 6 alongside its production details, cast, and some recaps.

Queer Eye is the reboot of the Bravo series of the same name that initially debuted on February 7, 2018, on Netflix. then the series got renewed for the second season which premiered on June 15, 2018. The next third and fourth seasons were originally aired on March 15, 2019, and July 19, 2019, respectively. the last fifth season got released on June 5, 2020. all the seasons have eight episodes each to stream excluding season 5 as the fifth season has ten episodes to watch.

The show received huge success and won several awards including Primetime Emmy Awards, GLAAD Media Awards, Casting Society of America. On review aggregator website IMDb, the series holds a rating of 8.5 out of 10 based on 16,455 users voting. And that’s the result, Netflix hasn’t hesitated to renew the show for the sixth season as well. Yes, in march 2020, the network was confirmed and renewed already but the release date is still undecided and isn’t revealed. Although we can expect the Queer Eye season 6 in the mid of 2022 most probably in June or July after keeping in mind the previous season’s release date formats.

Created by David Collins, the show features experts collectively known as the Fab Five which includes Antoni Porowski who is expert in food and wine, Tan France who is skilled in fashion and style, Karamo Brown who is culture and lifestyle expert, Bobby Berk who designs extraordinaire, Jonathan Van Ness who is grooming expert.

These Fab Five has featured in all the seasons so far and for the sixth season also, it’s highly likely that Fab Five will remain the same as no information has come out yet regarding the change in the cast member. So, until we hear something, it’s safe to bet that the names mentioned above will reappear again in Queer Eyes season 6.

The Netflix series shows the Fab Five who changes the individuals’ lives with their expertise in their different fields like Karamo Brown is a culture and way of life master, Jonathan Van Ness deals with prepping and hair, Antoni Porowski carries some pizazz to the kitchen, Tan France sorts the closet and Bobby Berk assists with an inside plan.

Their non-judgmental approach is tied in with giving people back their confidence and assisting them with focusing on their own prosperity, as opposed to driving them to wear garments since they are in vogue. The makeovers are really extraordinary accordingly.

As opposed to the original series which was shot in the New York region, seasons one and two of the reboot were recorded in Atlanta and adjoining Georgia towns. After Netflix declared that the series had been recharged for the third season, local news sources announced that the show was projecting in Kansas City, Missouri. Filming started in Kansas City after that. the fourth season also was filmed in Kansas City, Missouri. After season 4, there was a special season released in 2019, which was shot in Japan. This uncommon season additionally includes Kiko Mizuhara as the Fab Five’s Tokyo local escort and Naomi Watanabe as a special appearance. The fifth season was filmed in Philadelphia, Pennsylvania, and on March 11, 2020, Netflix while renewing the sixth season, reported that this forthcoming season is to be filmed in Austin, Texas.

Netflix is yet to announce the release date of the sixth season which naturally means that trailer isn’t out as well. While we wait for that, do watch the trailer of season 4 here in case you have missed it.

MUST READ || Haunting Of Hill House Season 2 Released? Here’s Everything We Know! 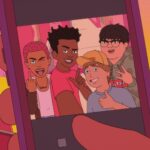 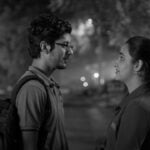