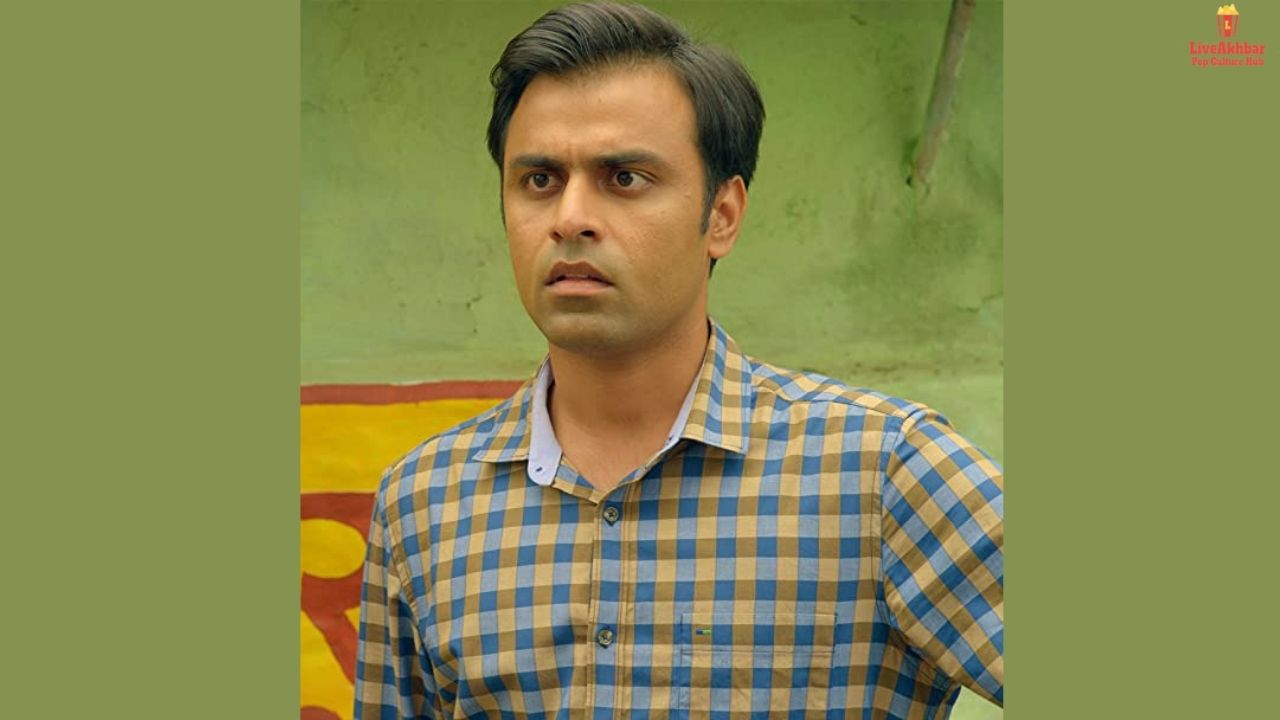 Panchayat has really created a great fanbase in a very short span. Basically, the show is set in a village of Uttar Pradesh. The story revolves around An engineering man, who wasn’t getting any kind of job in his field. So, finally he becomes a secretary in panchayat office in a village situated in Uttar Pradesh. The story explores how he tries to bring some changes in the village. As the show gained a great popularity now they are searching for Shows Like Panchayat and that’s why we have made a well researched list for you so that you can binge watch them.

The story revolves around a middle-class Mishra family. They live in Uttar Pradesh. The story involves every problem which a middle-class family faces. The mother who takes care of her house and children, a neighbor who always tries to update you with the latest news. Mishra’s family has 4 members, Santosh Mishra his wife Shanti, and his two children. Although being a short web series it managed to attract many people hence it was very popular. Every aspect of the show was appreciated and got a positive response from the audience.

This is a comedy, family drama series. It was released on 12 July 2018 on Tvf play. You can watch it on YouTube and Netflix. Directed by Sameer Saxena, the show Starrs Vishesh Bansal as Harshal, Mona Singh as Poorva, Akarsh Khurana as Devendra Gupta, Ahan Nirban as Devanshu, Prasad Reddy as Shanky, and others.

Yeh Meri Family story revolves around small boy Harsh Gupta and his family. The story will take you to your childhood, And how all the problems of your life look big but in actuality, they are not. The series will remind you of your childhood memories and summer holidays. The story focuses on how middle-class family faces problems and overcome it together.

MUST-READ| Here’s What We Know About Alia Bhatt Upcoming Movies!

Taj Mahal 1989 is a comedy family drama and romantic web series. It was released on 14th February 2020 on Netflix. Directed by Pushpender Nath Mishra and Written by Pushpender Nath Mishra, the show starrs Neeraj Kabi as Aktar Baig, Geetanjali Kulkarni as Sarita, Danish Hussain as Sudhakar, Sheeb Chaddha as Mumtaz, Middat Khan as Budhai, Anshul Chauhan as Rashmi Malik, and others.

The story revolves around the Taj Mahal. It has seven different stories. The story tells us about love and how with time it decreases, Because of your life problem and professional life. It also explores how generation to generation the meaning of love changes. Students, small children fall in love with each other. The story will tell you many shades of love and love stories. Season 1 consists of 7 episodes and the show is Produced by Driyaa Iyer.

Home is a family, drama web series. It was released on 29 August 2018 on ALT Balaji. Directed by Habib Faisal and Created by Ekta Kapoor, the show is starring Annu Kapoor as Himanshu Brijmohan Seth, Supriya Pilgaonkar as Vandana, Amol Parashar as Vansh, Sunny Hinduja as Mohsin, Sumit Suri as Karan Bajaj, Parikshit as Brijmohan Sethi, and Chetna Pande as Hina Rishi Shah and others.

The story revolves around the Sethi family. They belong to the middle class and how they are happy with their small family. Life changes when the authority asks them to break their house. How they will fight with the government authorities to save their House? is what the series will explore. Season 1 has 12 episodes. The running timing for each episode is 23 minutes. This show is Produced by Pintoo Guha and Rupali Guha.

MUST-READ| Is Bhaukaal Based On A True Story? Read To Know About It!

It is a drama, comedy web series. It was released on 16 April 2019 on YouTube. Created by Saurabh Khanna and Directed by Raghav Subbu, the show Starrs Mayur More as Vaibhav Pandey, Ranjan Raj as Balmukund Meena, Alam khan as Uday Gupta, Jitendra Kumar as Jeetu Bhaiya, and Ahsaas Channa as Shuvangini Ranawat.

Season 1 consists of 5 episodes. The running timing for each episode is 40 minutes. Talking about the first episode, it is titled Inventory. Episode two is called the Assembly line. Episode third is optimization. Episode four is Shut down. Episode five is Overhaul ( season finale). This is really a must-watch for you.

It is a crime, dark comedy-drama series. It was released on 17 April 2020 on Netflix. Written by Nikhil Advani, Vir das, and Neeraj Pandey and Directed by Nikki Gonsalves, you can see Vir das as Hasmukh, Ranvir Shorey as Jimmy, Amrita Bagchi as Rhea, Ravi Khanna as Mr.Sinha, Manoj Pahwa as Gulati, and Raza Murad as Jameel in the show.

The story revolves around the serial killer who is also a comedian. Hasmukh is not getting respect in his family and outside the family. He is a bondman of his teacher. He’s very frustrated by his life and problems. In his anger, he killed his Guru Gulati. To know a detailed story of what happened to Hasmukh must watch the amazing web series.

MUST-READ| Is Paatal Lok A Real Story? Here Is Everything You Need To Know

It is a drama series. It was released on 13 October 2017 on Prime Video. Season 1 has 6 episodes. Every episode has different titles. Episode one projectile, episode two pressure, episode three Equilibrium, episode four Roots, episode five Minima, and episode six Entropy.

The show talks about Aakash, who has scored 55 percent in his exam. His father wanted him to do engineering but he is not interested in engineering. He wanted to be famous on the internet through his videos. He went to Visakhapatnam for his further studies. He got admission to the genius institute. Chudail and Bakri both are his friends.

The story has Ritwik Sahore as Aakash, Alam khan as Chudail, Jay Thakur as Bakri,
Shiv Kumar Subramaniam as Mr. Moorthy, and Ajita Kulkarni as Mrs. Gupta. The show is produced by Ruby Thakur.

This is a comedy, sports drama series. Season 1 was released on 28 December 2018 on Netflix. It consisted of 6 episodes. Season 2 was released on 19 April 2019. It consisted of 6 episodes. Created by Marston Bloom and Directed by Udayan Prasad, Written by Marston Bloom, the show starrs, Mohammad Samad as Manju Kumar, Yash Dholye as Radha Kumar, Karan Vir Malhotra as Javed Ansari, Rajesh Tailang as Mohan Kumar, Mahesh Manjrekar as Tommy sir, and Akshay Oberoi as Anand Mehta.

The story talks about the two brothers who wanted to join the cricket team. They belong to a village and his father has given them training. For selection in the cricket team, they decided to go to Mumbai in the hope of a bright future. The show is produced by Anil Kapoor and Anand Tucker.

MUST-READ| Shows Like TVF Aspirants That You Must Binge-Watch!

Jamtara is a crime drama, thriller-based web series. It was released on 10 January 2020 on Netflix. It consists of 10 episodes. The running timing for each episode is 28 minutes. Written by Trishant Srivastava and Nishank Verma and Directed by Soumendra Padhi, the show starrs, Amit Sial as Brajesh Bhaan, Aksha Pardasany as SP Dolly Sahu, Dibyendu Bhattacharya as Inspector Biswa Pathak, Sparsh Shrivastav as Sunny, Monika Panwar as Gudiya, Harshit Gupta as Bachha, and Rohit Kp as Munna.

Basically, the story revolves around two brothers Rockey, who wanted to be a politician, and Sunny, who is involved in hacking. He married his English teacher Gudiya in the hope she will help him to run his business. Gudiya is a very greedy lady she wants money because she wanted to go to Canada. SP Dolly is posted in Jamtara so that she can find out the phishing rackets. To find out more about the story you should watch Jamtara now.

Mannphodganj Ki Binny basically revolves around Binny. She belongs to a middle-class family. Her parents are searching suitable boy for her. But she loves Rahul Pandey. He is the son of a Politician. The story basically explores what could be ber right choice. Raja also loves Binny but Binny doesn’t.

Season 1 has 10 episodes. Running timing for each episode is 26-28 minutes.

It is a drama series. It was released on 12 April 2019. You will see Shweta Tripathi as Dr. Shreya Pathare, Sandeep Mehta as Dr. Gopal Patwardhan, Rupesh Tillu as Bhola, Suyash Joshi as Raju Babu, Arun Nalawade as Ishwar Mhatre, and Ishan Mishra as Dr. Ankit Gupta.

The story revolves around Dr. Shreya Pathare, Who will be organizing a health camp for the people in Sitapur. The story will depict the mentality of the villagers how irresponsible they are towards their rights and duties. She learned about some illegal happening in the village and because of this, she puts her in problem. The series involves politics, corruption, and many more.

These are some of the Shows Like Panchayat that you should watch away right now. 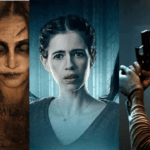 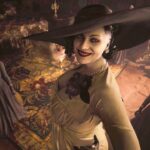