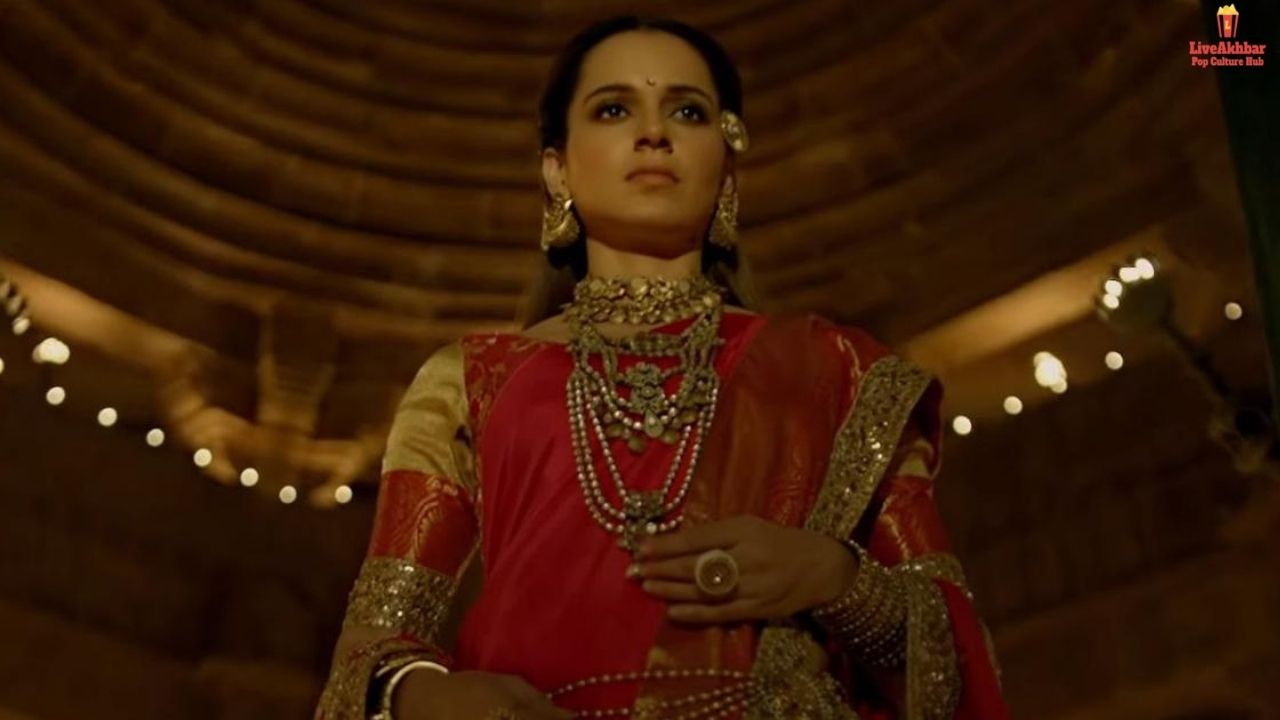 Kangana Ranaut has always been a popular personality among the people. Sometimes it’s the controversy while the other times it’s her views on any issue that makes her be in the media every time. She is well known for her bold character and brings up statements to prove her point of view. Kangana has also questioned many aspects of Bollywood itself and looks for the correct ways. Whether be the social or political issue, she never steps down to express what she thinks and feels. Also, in 2021, her Twitter handle was suspended because of the continuous violation of their policy.

Apart from all these aspects, this actress has acted amazingly in her movies and impressed the audience with her performance. Her skills in acting can be well described by looking at the awards she bagged. Kangana Ranaut is a 4-time national award winner and the Padma Shri recipient. She has been into many films that were a big hit on the screens. The list includes Tanu weds Manu, Queen, Fashion, Gangster, Kites, Life in a Metro, and many more. Moreover, she is quite focused and working hard for the next upcoming projects that are slated to release very soon after the official confirmation. Here, we have listed down the upcoming movies of Kangana Ranaut that will be released in the future.

It is an Indian biographical film that will be based on the life of J. Jayalalithaa. She has been the chief minister of the Indian state, Tamil Nadu, six times. Apart from her political career, she was a famous film actress and entered politics after giving up her career as an actress. This movie will be releasing in 3 different languages, Tamil Hindi and Telugu. Directed by A. L. Vijay, Thalaivi will be starring Kangana Ranaut in the lead role as Jayalalithaa. Further, the movie will be featuring Arvind Swami, Bhagyashree, Raj Arjun, Madhu Bala, Nassar, and many other actors.

On account of Jayalalithaa’s birthday, Thalaivi was officially launched. The trailer has already been released by ZEE studios and has been watched by millions of viewers. It shows how Kangana has gone into the skin of the character. The film is scheduled to be released in theatres on 23rd April 2021.

The name itself is sufficient to describe how the firm is going to be. It is an upcoming Indian action film that is slated to release on 1st October 2021. Sohail Maklai is the producer and the film is directed by Razneesh Ghai. Undoubtedly, Dhakkad will be full of action. But the most interesting thing about the film is that it will be the female lead character who will be performing all the action events. This means the fans will be seeing Kangana Ranaut in a new role.

This forthcoming movie will also have Arjun Rampal and Divya Dutta. It is quite early to predict the storyline of Dhakkad but we can say that it is about an international spy who will be on an adventure that will be filled with action. On the other hand, the official poster of Dhakkad shows Kangana Ranaut with the gun in her hand and seems like she is ready for the battle.

This movie is about a woman pilot in the Indian Air Force. Kangana will be playing the role of this daring pilot. Tejas is the directorial debut of Sarvesh Mewara. Talking about the movie, Kangana said that Tejas is that film where she has the honor of playing the role of an Air Force pilot. Adding to the statement, she said they always puts country before themselves. For now, the release date of this upcoming movie has not been announced. However, it is expected to be released in the second half of 2021. Tejas will be starring Anshul Chauhan and Varun Mitra too. Fans are desperately waiting for this film to release on the screens. Apart from all this, the actress has posted a BTS video where she is working hard to make her muscles and body strong enough so that her role seems more natural to the audience.

This is regarded as another political drama film of Kangana. The title is yet to be announced. She is to play the former Indian prime minister Indira Gandhi in this movie. The actress said that this film is not a biopic but it will be covering the significant events that have happened in Indian politics including the Emergency. The production is still under process and the crew members are working on the project. Kangana Ranaut is optimistic regarding this movie. Apart from her, there will be many prominent actors who will be in the role of Sanjay Gandhi, Lal Bahadur Shastri, Rajiv Gandhi, and other political leaders.

Manikarnika Returns: The Legend of Didda

Manikarnika Returns will be another historical drama that will be directed by Kangana, herself. Back then, she also served as director of Manikarnika: The Queen of Jhansi, and people appreciated her work. She announced this second installment after the success of the previous one. It seems like the film is in the pre-production phase and will be releasing the next year. However, this is all an expectation. The rising cases of coronavirus in the country make it difficult for all film projects to run smoothly.

After the supreme court’s verdict came regarding the Ram Mandir dispute, Bollywood actor, Kangana will be producing and directing a film based on this case. For now, the film is titled Aparajita Ayodhya. There are chances that she might not be a part of the film on screen but will focus entirely on being a filmmaker. She said that Ram Mandir Bhoomi Pujan will be a part of her film. Aparajita Ayodhya is written by KV Vijayendra Prasad.

READ MORE: Is Sajid Planning For Housefull 5? Deepika To Return Back?