Netflix’s Show “Fabulous Lives of Bollywood Wives” is an Indian television reality drama series. The show tells you about the professional and personal lives of Neelam Kothari, Maheep Kapoor, Bhavna Pandey, and Seema Khan who are wives of Bollywood actors Samir Soni, Sanjay Kapoor, Chunky Pandey, and Sohail Khan, respectively. The series follows the friendship of these four actresses as they go through ups and downs in their life. The trailer of the show was released on 13th November 2020 and premiere on Netflix on 27th of November, 2020 under the production house of Karan Johar’s Dharma Productions. The show has received mixed reviews from the spectators. Some enjoyed the glamorous lives of 4 women while others commented on it as ‘pointless content’. Hence, this post will let you know everything about the Fabulous Lives of Bollywood Wives Season 2 Release Date and other updates.

As we mentioned above, Season 1 of “Fabulous Lives of Bollywood Wives” was released on November 27, 2020, on Netflix. The first season comprised of 8 episodes with a runtime of 30-40 minutes each. Moving towards Season 2 one of the character of the series ‘Neelam Kothari Soni’ shared a new clip announcing officially the new season of “Fabulous Lives of Bollywood Wives”.She wrote on her Instagram page that the guys are coming back with Bigger, better and as fabulous as ever!”.

As of now, Netflix has not made any official declaration or any official statement about the season 2 release date. The show will air in the late 2021.

Fabulous Lives of Bollywood Wives Season 2 Cast : Who’s in it?

The first season of the series came with Neelam Kothari, Bhavna Pandey alongside Maheep Kapoor, and Seema Khan and without these four leading ladies, one cannot expect Season 2 of “Fabulous Lives of Bollywood Wives” as well. Apart from that, Season 1 also marked some special appearances by celebrities including Jacqueline Fernandez, Malaika Arora, Arjun Kapoor as well as Neha Dhupia, Ekta Kapoor, Jhanvi Kapoor, and Raveena Tandon to name a few.

Must Read || Is Delhi Crime Season 2 Release Date Announced Or Not?

Netflix has not yet publicized the fabulous lives of Bollywood wives summary. We don’t expect to watch that until much nearer to the premiere date of the upcoming season. Each show of Netflix offers up a brand new set of chilling stories, so there is a good possibility that what subscribers will get when the new show arrives.

He wrote on his Twitter handle, that it is a big day for him and his team Dharma Productions and he also wrote that he and his team are super excited to announce 5 new projects under the banner of Dharma Productions which released on Netflix soon. Those 5 new projects are Finding Anamika, Ajeeb Daastaans, Meenakshi Sundareshwar, Searching For Sheela, and Fabulous Lives Of Bollywood Wives.

What is Fabulous Lives of Bollywood Wives About

The story of season 1 revolved around the glamorous lives of four Bollywood Star wives, who have been close friends for over 25 years. Although each one of them had a past story of their own. The thing that brought them all together was their fierce loyalty and their love towards family and friends. Bhavna Pandey plays the role of a spiritual – calm wife who shuffles between launching a new clothing line and supporting her friend and family. Maheep Kapoor mother of Shanaya Kapoor played the role of helicopter mom to her daughter because she wants to join the Bollywood film industry. Seema Khan looked on building her brand in the series while Neelam Kothari Soni, could be seen toying with the idea of making a comeback. The series was filled with family life on the one side and emotional hook on the other side. If there is Season 2, we will see more of the friends and family life along with glam and glitz.

Must Read || Sunflower Web Series Release Date: Will it come in 2021? 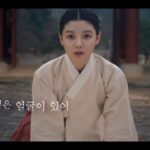 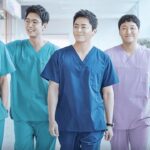