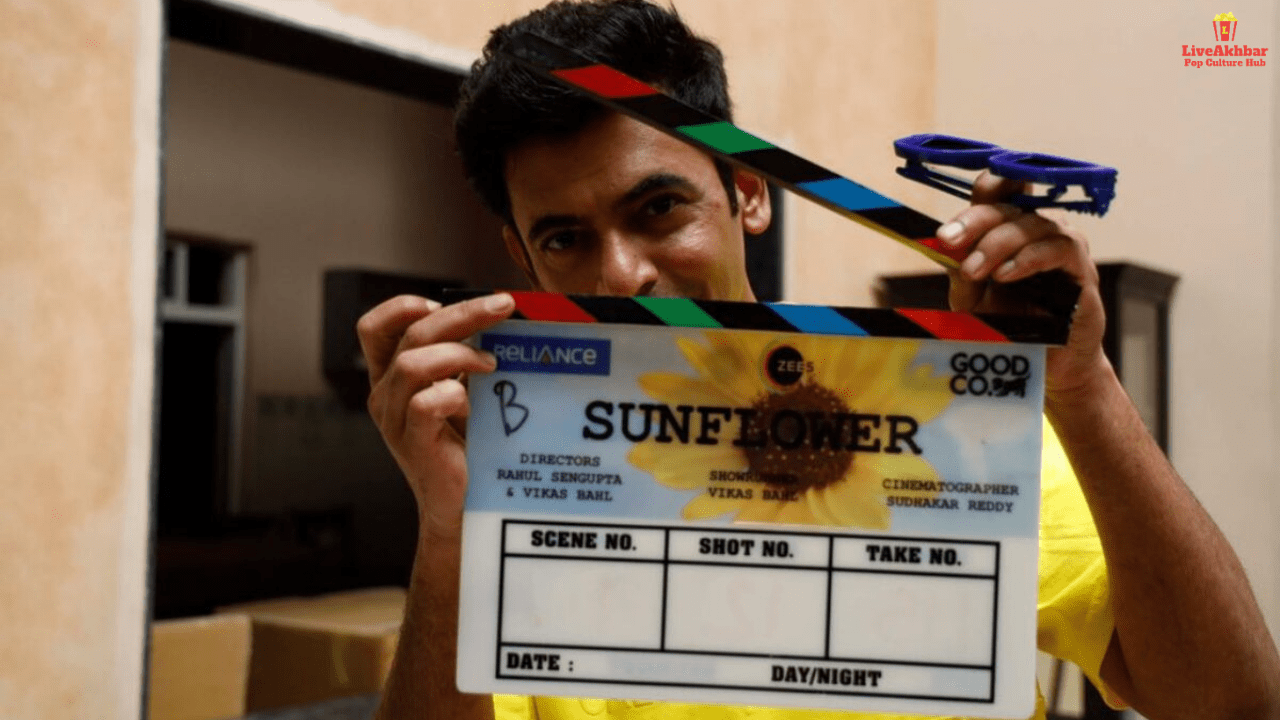 India’s largest Content brand ZEE5 has continuously presented 100 plus Originals since launch. The web series and films illustrated by the video streaming platform have gained various honorable awards. In India, ZEE5 was introduced on February 14, 2018, with content in twelve languages. Its mobile app is available on Android, Web, Smart TVs, iOS among other devices. ZEE5 said it had 56 million monthly users in December 2019.

Recently, ZEE5  declared a unique situational crime-comedy-style series – ‘Sunflower’. The show will revolve around the conceptualization of a housing society that has the name ” Sunflower “. It is Produced by Good Co. and Reliance Entertainment. Rahul Sengupta is the director of the series and Vikas Bahl national awarded-winning director is the creator. 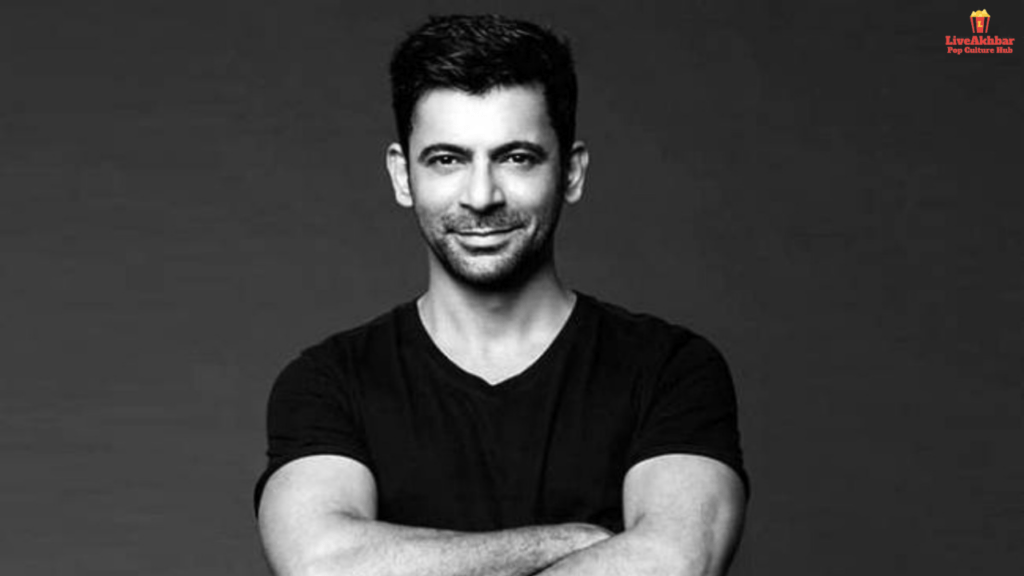 Recently, the teaser of the series was released. The conceptualization of the series is very top-notch. Combining crime with comedy is an exciting genre for the audience to watch. The characters are the most interesting part of the narrative, the audience will relate their stories in real life as well. The web series Sunflower production work was started early this year. The ZEE5 Sunflower web series release date hasn’t been announced yet but the makers have confirmed to release the show by 2021’s end.

Sunil Grover, actor-comedian will main lead in the web series. He has featured in various films such as Bharat, Pataakha, and Gabbar Is Back, wished that the viewers will be able to communicate the show’s story. His debuts on the OTT platform from Tandava the Amazon Prime Video’s political-thriller series. The creator said that the selection of the cast was both challenging as well as the most exciting part. 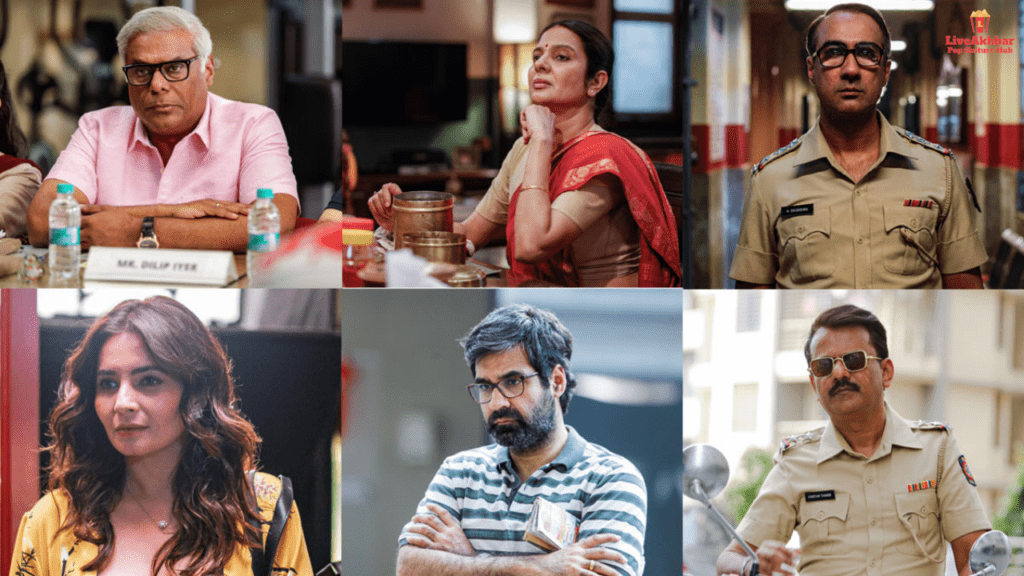 The platform has declared a supporting cast — the citizens of the society. It will include Radha Bhatt, Saloni Khanna, Mukul Chaddha as Mr. Ahuja, Sonal Jha, Ashish Vidyarthi as Dilip Iyer, Ranvir Shorey as inspector Digendra, Ashwin Kaushal as Raj Kapoor, Girish Kulkarni as Tambe, and Sonali Nagrani as Mrs. Raj Kapoor.

Saloni Khanna is an actress and Indian model. In 2015, she had her launch as a model in a song titled “Chakkwein Suit”. An Indian actor and former VJ, Ranvir Shorey. He made his debut in 2002 with Ek Chhotisi Love Story. The film Kadakh, starring Ranveer Shorey, is a brilliant dark comedy that leaves the audience on screen.

The web series Sunflower shows the story of Mumbai, a middle-class residence society in which all these creative characters reside. Its story will revolve around the comedy, drama, and thrill of characters with their connective Plots, everything revolves around the premises of the housing society. More information gets after the announcement of the Sunflower web series release date.

Where to watch the Sunflower Web series?

Right now, on Zee5 there is no free trial offer for subscription, so you cannot download or watch the Sunflower Web Series for free. But there is a 1-month zee5 plan, which costs you only Rs.99. To subscribe to enjoy the Sunflower 2021 web series now. Apart from this film, you will get to watch other latest web series and Zee5 original content with it. You can also download the ‘Sunflower’ web series in HD resolution in the Zee5 app for later viewing when off the internet. Another way to watch Sunflower’s entire web series for free is to get an active Zee5 Premium account from friends and family.

An Indian film director, screenwriter, and producer Vikas Bahl is known for his work, especially in Bollywood. He was the former head of UTV Spot Boy and used to create films under Phantom Films. Bahl has won one Filmfare Award and three National Film Awards.

He began his career with advertising, working for many years in customer servicing, before joining UTV Spotboy. In the year 2011, Vikas Bahl started Phantom Films, along with Vikramaditya Motwane, Madhu Mantena, and Anurag Kashyap. Throughout the years as a director, Bahl has worked with film directors such as Anurag Kashyap, Vishal Bhardwaj, Vikramaditya Motwane, and Rajkumar Gupta.