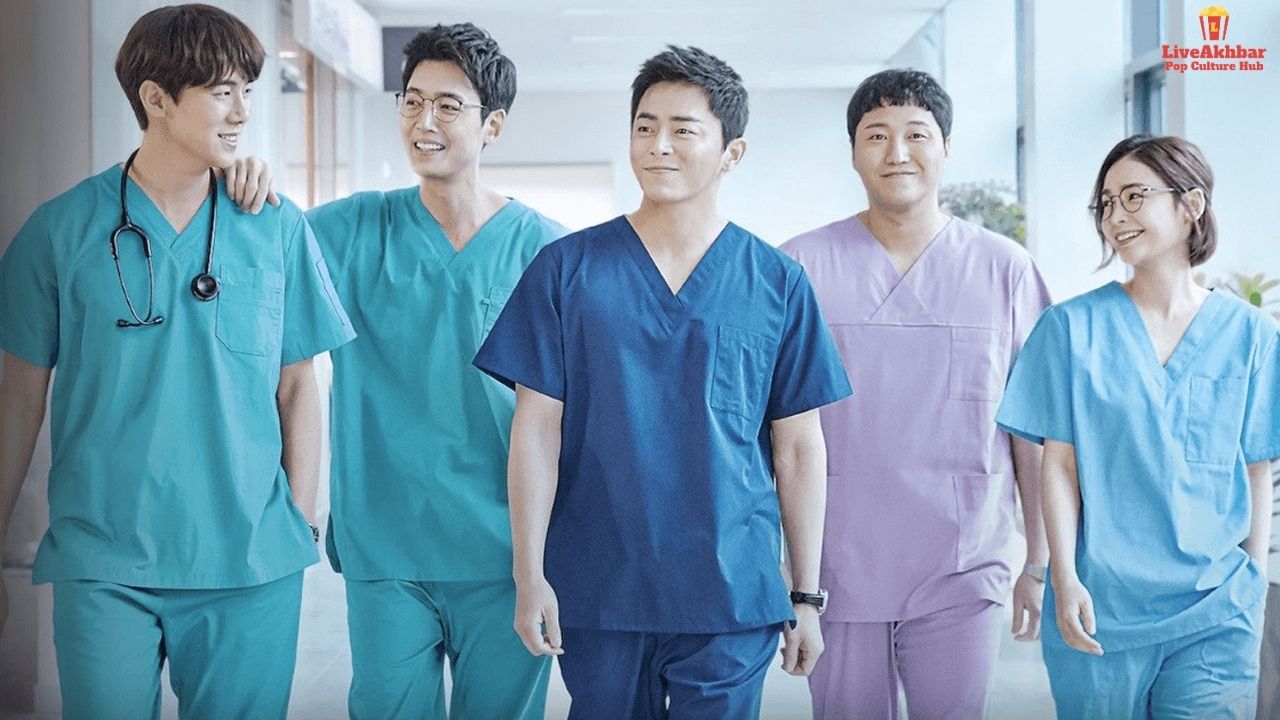 A South Korean web series Hospital Playlist based on medical, life, comedy, and romance. It was created by Shin Won-ho and Lee Woo-Jung. The series revolves around the five doctors group who interest in the same passion for music and have been long-time friends. Despite the challenges at the job, they constantly have each other support and continually discover time to relax and enjoy each other company. The story of these friends has won the hearts of millions of viewers.

Critics praised the show’s fresh approach to the show and its emphasis on the humanitarian aspects of the medical profession, rather than showing the same power struggle as any other series in the workplace. Some even drew comparisons with Friends and Grey’s Anatomy, which is a huge appreciation for a new show. The series has a huge global fan following, expecting an update on Season 2.

On 13 March 2020, Hospital Playlist’s first season was released on Netflix. And it was finalized on 29 May 2020. It contains 12 episodes about 72-113 minutes each. Every episode of season one was released one day before on the tvn, South Korean channel.

As the second season of the series is concerned, ‘Hospital Playlist’ was resumed for the new season thanks to its great rating and crucial worldwide audiences. The shooting for season 2 was planned for December 2020, but unfortunately, due to the increasing coronavirus cases in Seoul, it had to be again planned for January 2021. The creative team had to guarantee that the cast and crew included in the show’s COVID report is negative and obey all the additional norms for the shooting.

The famous medical drama sequel was first anticipated to be premiere by April 2021. Since production has already been postponed so much, it is further likely that the release could be extended further. Considering other delays likely to occur in the future, if the show manages to begin filming around April 2021. The hospital playlist season 2 release date 17 June 2021 maybe. It is one of the tenth highest-grade Korean dramas in cable television history. It has been broadcast on tvN and all episodes are accessible on Netflix after the English translation.

The series includes Lee Ik-Jun, Jo Jung-Suk as general surgery, assistant professor. The South Korean actor is famous for working in various TV shows such as Oh My Ghost, The King 2 Hearts, Don’t Dare to Dream, My Annoying Brother, and The Face Reader. Yoo Yeon-Seok as in the role of Ahn Jeong Won. Few people know that his debut film was the neo-noir classic Oldboy. Jung Kyung-Ho as Kim Joon Wan, while Dae-Myung Kim seems as Yang Seok Hyung.

Jeon Mi Do, who is famous for her character in ‘Maybe Happy Ending’ essays character of Chae Song Hwa. Further important cast members contain Hyun Been Shin as Jang Gyeo Wool, Kim Kang Min as Im Chang Min, Moon-Sung Jung as Do Jae Hak, and Eun-Jin Ahn as Chu Min Ha. All of the major cast is inclined to make again their role in the comedy-drama, upcoming season.

Season one ended on a good note and joy for some characters, while others find themselves facing important life decisions. Jung Won decides to stay in the hospital at Seasons Finale while Seok-Hyeong gets expelled after receiving a call from his ex-wife. Lee Ik-Jun finally confesses his feelings for Cha Song Hwa before leaving for a conference in Spain. Therefore, there are a lot of things for the show in the upcoming season.

Finally in Hospital Playlist ‘Season 2, fans will get to know what Chae Song Hwa thinks Lee Ik-Jun. In addition, the call from Seok-Hyeong’s ex-wife should have some far-reaching consequences, and the show is likely to be deeply rooted in their previous relationship. Jung Won’s stay back in the hospital and Dr. Gyeo Wool’s decision to withdraw his feelings is a matter of joy for fans. Hopefully, the next season will bring more joy to fans and their favorite characters.

The Hospital Playlist is only a wonderful play. As the name suggests, one can already guess the story’s basis for the series. Twelve episodes highlight the friendship of the five doctors in addition to highlighting their relationships and lives. The story is about five people preserving their closed bond always since they became friends in college.

The five main characters Chae Song-Hwa, Lee Ik-Jun, Ahn Jeong-Won, Yang Seok-Hyeong, and Kim Jun-Wan, have different field specializations. Chae Song-Hwa is a brain doctor with great talents. Lee Ik-Jun is a gastric surgeon of liver transplant specializing. Kim Jun-Wan is a qualified cardiologist. Yang Seok-Hyeong is an obstetrician and Ahn Jeong-Won is a pediatric surgeon. Teams care about each other. They cheer up and are present to each other when things get ugly during surgery and patient checkups. The team makes time to relax and spend time with each other even after having a busy and hectic schedule. They sometimes conduct band sessions when they are not busy at night.

The touching and normal plotline of the hospital playlist is different from all of the medical drama. Many secondary characters are introduced in the first few episodes. This may sound confusing. However, everything resolves as the play premieres more episodes. Furthermore, the warm friendship between the five friends is admirable and warm. They are longtime friends and even work in the same place. It is not always easy for all friends to walk the same path together. The season one ending was viewed by 3.5 million viewers.

READ MORE: When We Can Expect Feels Like Ishq Release Date on Netflix?