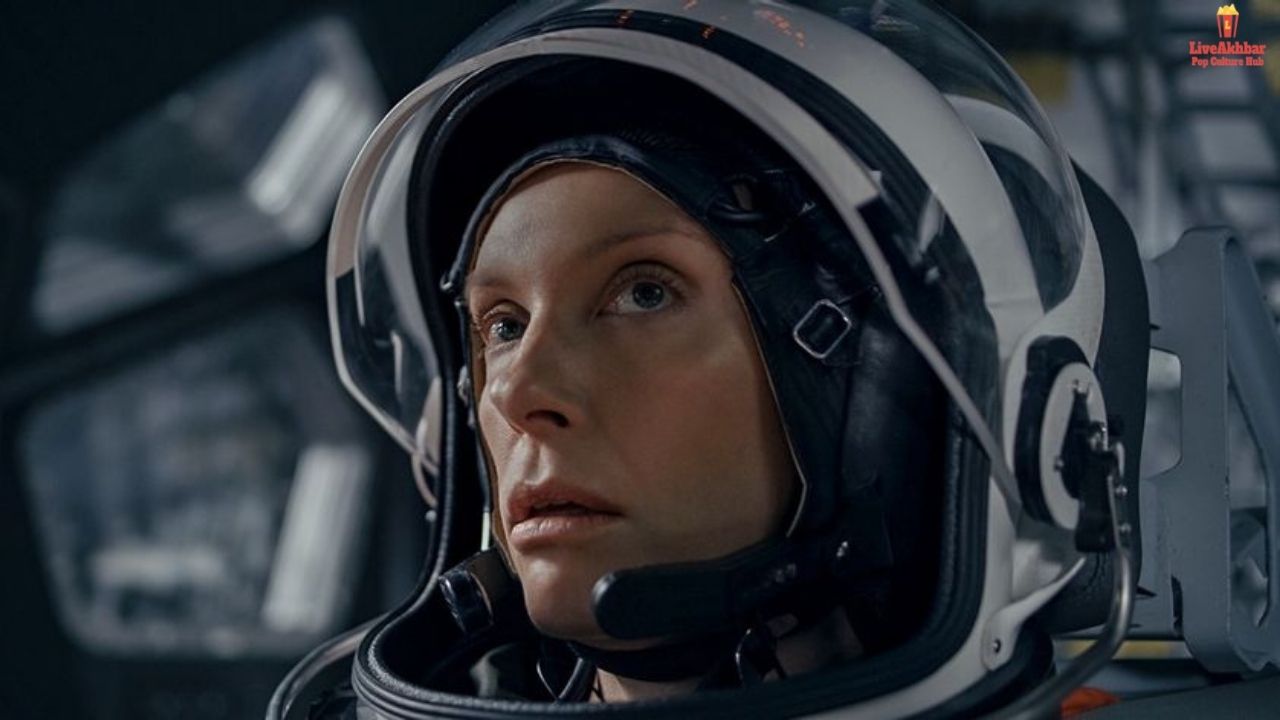 Stowaway Ending Explained: The Incredible movies Stowaway has recently been launched on Netflix. The storyline of the movie is so interesting and intriguing that you might get lost at the end. The story revolves around four characters that are trapped inside a space shuttle. Due to less oxygen, the circumstances become difficult. So let’s get straight into Stowaway Ending Explained for your better understanding of the film.

Three astronauts are sent into space for a Mars mission, the main motive is to do some medical studies on Mars and get back to earth. But as soon as the astronauts reach the outer orbit they get to know that one person is still left on the space shuttle. The three astronauts named Zoe David and Barnett realize that an engineer was still in the space shuttle while the launch.MTS 42 the spaceship that has the maximum capacity to carry 3 people at a time and was designed in the same manner but now there were four people in the ship.

As soon as the engineer opens his eyes he finds himself inside a spaceship and it’s totally devastated. Barnett finds the ID that has his name written as Michael. As the story begins the twist and turns start to take place. The compartment from where Michael fell was completely broken off and oxygen quantity started to reduce. Later on, it is realized that the carbon scraper has been destroyed. Now the situation becomes worse.

As the spaceship carried 4 people at a time the oxygen could only carry three people but because of Michaels’s presents, survival became difficult. Zoey David and Burnett are seen discussing how to solve this problem and Barnett suggests that they will have to kill Michael as he is an unskilled man that cannot be beneficial for the mission to complete. These words truck so hard and Zoe started to resist and said they might be some solution to the problem. In the end, they decided that they won’t tell this Michael as he might not be prepared mentally for this situation.

But after a day or two, David steals medicine from Zoe and walks towards Michael. He goes to Michael and he tells about the situation and the only way to get rid of this is that he should die, He gives him the medicine which can easily kill him off without even giving a single percent of the pain. This thing totally shook of Michael and he is in shock after few minutes he calls his little sister ever and tells her about the situation and he is sitting across the safety room with the injection beside him and he is ready to kill himself anytime.

What luckily Zoya processes him and asks him to stop and tells him that they might be a way through which they call can be safe.

She tells about the oxygen cylinders which are present in the engine thrusters on the other and of the space shuttle. The distance between the engine room and the space shuttle had a lot of twists it was about 450 long and it can only be reached once exposed to outer space. Zoe approaches David and burns it to ask for their help and she pleads them to give them one chance before making Michael die.

Thanks to turning at this point and it tells me that now there is only oxygen left for two people to complete the mission as the algae David was preparing for the oxygen is completely gone off.

Stowaway Ending Explained: Things take a steep turn at this point in time now the mission objective is not to reach Mars but to keep themselves safe and get the oxygen cylinders from the other end. Zoe and David prepare themself to go into outer space and they somehow reach the engine room with various difficulties on their way. Zoe find out that there is enough oxygen for all of them to survive she becomes excited, while she fills the first cylinder the alarm goes off and there is a red alert of a solar storm.

Now as they have to rush carrying only one cylinder there are only 20 minutes left for them to reach inside the space shuttle, in the hurry Zoey loss her control over the clamp and loses her speed duty which she couldn’t control the cylinder which was tied to her. Now the movie is in a movement where everyone could have been saved if that cylinder was safe, but things take a steep turn and now someone has to die to save the others as the left oxygen could only manage to survive three people for the mission. 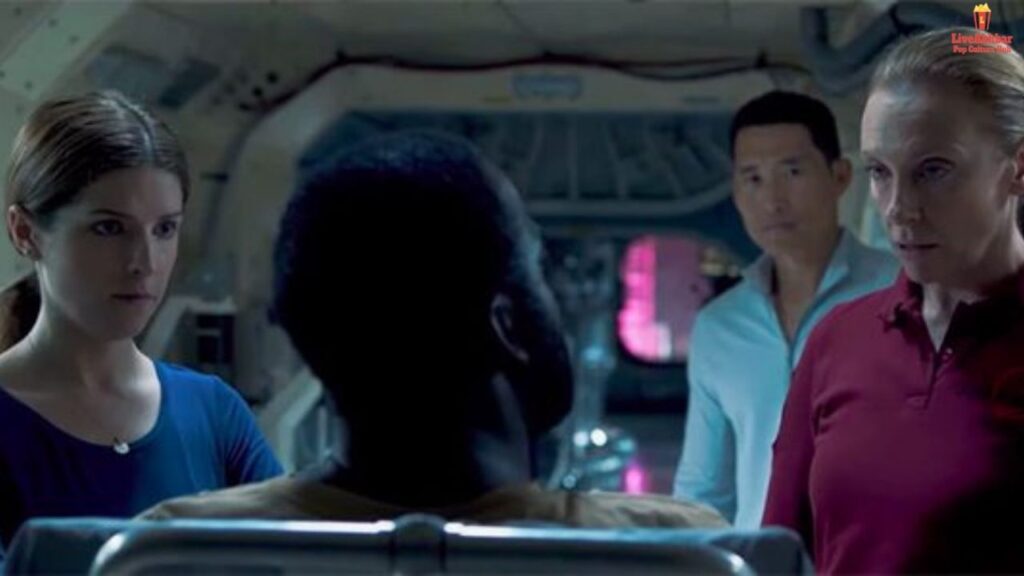 All 4 of the characters sit in disappointment and decide who will be going to the outer space in the solar storm to get the left oxygen otherwise the all four will die. Michael decides to go to outer space as he was the one because of home this situation had arisen but he didn’t know the technical know-how to control himself in the outer space. So if he fails to bring the left cylinder back to the base he would not be only killing himself but one of the astronauts as well. Now at this point, Zoe makes a decision and says that she is willing to die for the sake of the survival of 3 people.

She goes into outer space reaches the other end of the space shuttle fills in the oxygen cylinder and comes back. In the solar storm, she is burnt brutally and couldn’t even enter the spaceship. She delivers the oxygen cylinder for the remaining three people and sits quietly over the space shuttle and watches the little Earth from millions of miles away thinking about how she had joined the program to change lives and it has totally been proven now. She is burnt by the radiation and dies quietly.

The last scene of the movie is totally intriguing and might make you feel like crying at a time. The movie started with a happy pace now has turned into an emotional scenario. You can now watch the movie on Netflix.

1 thought on “Stowaway Ending Explained: You Will Definitely Cry At The End!”