Best Mythological Films Of India: Around the world, Indian culture is widely recognize for the richness of its deep culture and its diversity. In the earliest times of human civilization. Therefore, India has been a country of spiritualism for ages and has naturally influenced Indian cinema. If not various people are some big-budget cinema, animation films, and series of Hindu epics and deities because films are a huge piece of the social factors of the people.

The Mahabharata is an epic tale of the Kurukshetra war best mythology films Of India it must include. The stories of the Pandava and the Kaurava princes. It is a strong and surprising text that inspires awe and wonder. It is accessible, interesting, and compelling in an ancient narrative for those wishing to learn the basic themes of the culture of India, which present a frightening glimpse of the universe and humanity and the pervasive and divinity. The Mahabharata is certainly one of those works of human language and soul that have traveled far beyond the place of their original creation and will eventually take their reasonable spot on the greatest ledge of world books.

The epic book of Mahabharata is fully depict in this film. The very complex Hindu story is cleverly show and narrate to the audience. Traditionally, the writing of the Mahabharata is attribute to Vyas. The series is directed by Babubhai Mistry, with Abhay Bhattacharya as the film’s star cast, Pradeep Kumar as Krishna, Pradeep Kumar as Arjun, Bhima’s Dara Singh in form, Padmini as Draupadi, and Jivanwan. As Shakuni. Chitragupta compose the music and Mohammad Rafi sing the title song of the film.

The serial depicts the story of Lord Rama most aesthetically and devotion is of great importance. The entire Ramayan symbolizes the victory of good over evil and claims great qualities. As a delicate spiritual balm, the Sampoorn Ramayan learn a lesson on our, traditions, heritage, and culture of true principles and morals.

It is a film direct by Babubhai Mistry. It is based on the Hindu epic Ramayana which was originally written by Valmiki. In the film, Mahipal plays the characters of Shri Ram and Anita Guha as Sita. It became a big hit and lead actor Anita Guha, a household name.

An Avatar of Shiva arising from Anjani and Marut as Hanuman, also known as Mahabali. It is best mythological films of India. This is the epic of this strong man who was extremely reasonable in devotion to the Ayodhya prince and Sri Rama, a God among men.

Babubhai Mistry, the director. He shows his great passion for spirituality and Hinduism. The cast of the film, Rakesh Pandey as Shri Ram, Hercules as Hanuman, and Kavita Kiran as Sita respectively. The film focuses on both Hanuman’s life story and his childhood triumphs and adult adventures. It is a great film for children as well as elders.

It is one of the best mythological films of India. It is about Santoshi Maa, who is the daughter of Shri Ganesh. This shows the considerable devotion of Satyavati, the true devote of Santoshi Maa. Vijay Sharma was the director of the film and it was one of the top blockbusters of all time. The film stars Bharat Bhushan, Kanan Kaushal, Ashish Kumar, and Anita Guha in the lead roles. It is inspired by a Hindu folk tale and the confrontation between the gods in it leads to worldly collapse. The story of the film depicts Satyavati as a follower of Goddess Devi Maa Santoshi. Other gods and goddesses are angry that she was so powerful. Who decided to test Satyavati’s fortitude by making her life miserable. Jai Santoshi Maa is one of the best devotional films in India.

READ MORE: What To Expect From Behind Her Eyes Season 2

Lord Shiva – the supreme God in Hinduism known to us by many names, has 108 avatars with their various names. He is the ultimate creator and destroyer of the universe. Multidimensional, Lord Shiva is the giver of knowledge and the film has fully depicted his life and stories. This film is a must-watch if you want to feel the powerful presence of Prabhu.

Shiva Mahima is a tribute to Lord Shiva, with Kiran Juneja, Arun Govil, Kewal Shah, Reshma, Gulshan Kumar, and Gajendra Chauhan. The film is directed by Shantilal Soni and the music is given by T-Series. Shiva Mahima as well is one of the best devotional films in Hindi.

The Char Dham is the four holiest places existing in the four directions of the subcontinent of Indian. It is understand that a person who go to all these locations in his lifetime is liberate from all his evil actions. “It is the final plan to travel to the most famous and sacred Char Dham at least once in one’s life” is the word that inspired Adi Shankaracharya to produce the film Char Dham.

Uday Shankar Pani, director of the film. The casts of the film – Kulbhushan Kharbanda, Aloknath, Pooja Ghai, and Gulshan Kumar. T-Series give the music in the film with Sonu Nigam, Anuradha Paudwal, and Hariharan as playback singers.

Karwa Chauth is the most famous festival of the Hindu community of India. The festival celebrates the spiritual bond shared between wife and husband. On this occasion, wives fast enter day to show their loyalty to their husbands. And, she breaks the fast simply after drinking water from the hand of her husband and watching the moon at night. Besides, the film Karwa Chauth is also based on similar beliefs and festival. This film is direct by Ramlila Hans, showing Aga, Bharat Bhushan, Kanan Kaushal, and Ashish Kumar.

Prahlada is known for his devotion to Lord Vishnu. His relationship with Lord Vishnu was unique and was honored by all. When the emperor of the kingdom, Hiranya Kashyap, realizes that Prahlada is engross in worshiping someone else, he calls him and asks him to forget Vishnu and worship him instead. However, after Prahlada refuse, Hiranya Kashyapa agree to kill him, his family, and all the worshipers of Vishnu, involving Prahlada (chosen to burn him alive). Thus, the blessing of Vishnu protects the young Prahlada from burning alive.

The most popular story of Prahlada, best mythological films Of India whose devotion did not burn him in the flame, is well known. The film depicts the history and experiences of Prahlada’s entire life. The film music is composed by Kalyanji Ananji and directed by Chandrakala. Dara Singh and other actors from the Indian film industry, representing different characters from Prahlad’s time. This film can do marvels in spiritually influencing children.

Bal Ganesh is the childhood story of the elephant-headed god, Lord Ganesha. The story revolves around Lord Ganesha, his fellow mouse, rats, and his countless adventures. It describes how Lord Ganesha is create alive by an earthen idol and then blessed with various celestial powers. From the birth of Lord Ganesha to the depiction of Ganesh’s intense hunger at Kubera’s feast, almost every fun incident of his childhood is depicted in the film. Pankaj Sharma, direct the animated musical feature film.

Lord Vishnu is consider the supreme Being, protecting the gods and mortals such as us from evil. He has done all this by taking ten avatars. The film reviews the dynamics and origins of these avatars woven into an intriguing narrative. In this film, tow children show these avatars. It assures to be a magnum opus with a superb quality of animation, the voices of many acclaimed actors, and melodious music. There is a fascinating story in Dashavatar, in which the sensations of the old world attract the modern mind.

Hriday Lani, the writer of the animated film and Bhavik Thakore direct it. Its cast includes Rupali Ganguly, Kenneth Desai, Vinay Apte, and many more. It is an interesting film and will honestly make you believe in the innovation of the universe.

One of the child’s favorite, the movie story is about an 8-year-old boy, whose parents are very busy for him and he feels alone. Thus, Ganesha comes to be his friend. Both jointly solve multiple challenges.

It is a 3D animation movie that will make your children watch more. Pankaj Sharma, direct the movie. The movie is all about the journeys of India’s favorite elephant-headed God. At the time when he was a child. It is a series to the 2007 Bal Ganesh movie, which was a success.

It is again an animated film. Ghatotkach played a very big role in the epic Mahabharata, which is depict here. He is the son of Hidimba and Bhima. This film is also include in the

It is again an animated film. Ghatotkach played a very big role in the epic Mahabharata, which is depict here. He is the son of Hidimba and Bhima.

These are the best mythological films of India, you must watch in your live. In these film you know more about Indian culture.

READ MORE: When Will 5G Launch Date In india Out ? Know Here Everything 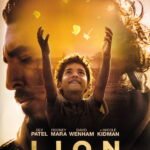 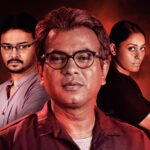