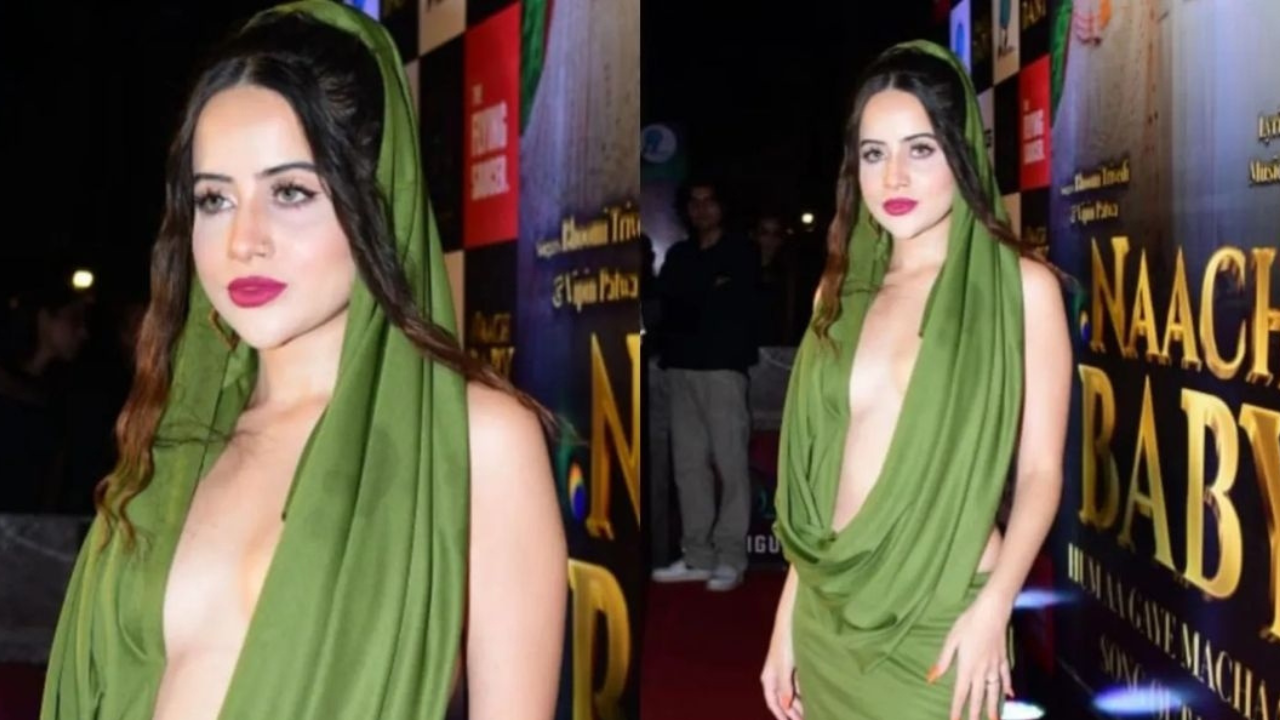 The very gorgeous and sensational, hot topic of the country, Urfi Javed is on our radar. The popular Indian TV actress has captured our attention recently. After all, how could we forget the mischief-maker of Splitsvilla X4? We loved her exceptional performance in the show and the audience would like to see her more often in serials and reality series. Urfi Javed is undoubtedly in high talk. Within a very few years, she has developed a good glam life for herself. But hey there, what’s the mystery behind her sudden fame? The model has got a huge fanbase out there, her fans are mostly obsessed with her bold and out-of-the-box dressing styles. A few times, we have also captured the model in some outrageous controversies! Urfi Javed is surely ready to enter the cinema industry and we can’t wait to see what style she is thinking to pull off next time. On popular demand, here is everything we know about Urfi Javed.

Who Is Urfi Javed: Overview

Who Is Urfi Javed?

Starting from Bade Bhaiyya ki Dulhaniya to MTV Splitsvilla Season 14, we have explored a lot about Urfi Javed. There is no doubt in the fact that she is a good TV actress, we have seen her in multiple roles, and with each role she has elevated her acting skills. She is not just a model and TV actress, but she is also a social media influencer, if you still don’t follow her, then you are surely missing out on her daily life updates. Her career started in 2016 with Sony TV’s family comedy-drama series, Bade Bhaiyya ki Dulhaniya, she wasn’t a lead face but that series was a good starting point for her. For the past 7 years, she has been working in the entertainment sector and her upward-moving graph truly speaks about her hard work and talent.

As per our sources, she comes from a well-established family. Her mother’s name is Zakiya Sultana and her father’s name is Ifru Javed. Born and brought up in Lucknow, Urfi had a decent lifestyle. She is not a single child though, as per our studies, she is blessed with 1 brother and 3 more sisters. Growing up, Urfi was always seen as a bubbly kid. If you don’t know this, then let us tell you that Urfi belongs to a conservative Muslim family and when she decided to walk into the glam world, it was a very tough decision for her! It wasn’t an easy or smooth journey for her. People assume she has a ton of money and she used it all to get famous by the night, but the scenario is pretty opposite to people’s assumptions and allegations.

Coming back to Urfi Javed’s growing career as an actress, we have also seen her in famous TV shows of Star Plus. She has worked previously in Yeh Rishta Kya Kehlata Hai and Kasautii Zindagii Kay. Moreover, if you have forgotten then let us remind you that she has also appeared in Voot’s famous reality show! She didn’t survive for a long run in Bigg Boss OTT but her notorious nature impressed us a lot. Urfi Javed truly knows what she wants in her life and she works now and then to attain her ultimate goals. As per our estimates, she has done a good amount of serials out there and preferably she would like to work in cinemas now.

As we mentioned above, Urfi has recently been a part of Splitsvilla Season 14, she didn’t appear as a full-time contestant but you could surely name her as a special visitor! Urfi Javed’s connection with Kashish Thakur was highly loved by the young crowd, some even thought that they would be the ultimate pair to take the title home. But guess what, she wasn’t an actual contestant! Nonetheless, her performance in the reality show truly brought a lot of TRP for Splitsvilla Season 14.

How Did Urfi Javed Become Famous?

This happens to be the most asked question out there, from a mere TV actress to a sensational social media influencer, it has been an extraordinary journey for Urfi Javed. On a famous talk show, she was asked the same question and she didn’t mind answering it. As per her statements, it all started with the trolls! Before getting intense popularity, she has gone through a lot of hatred and mean comments. Urfi Javed owns her dressing styles. Her bold and sexy styles soon grabbed our attention and that’s when everything changed for her. Moreover, Bigg Boss OTT also worked well for her career graph. Urfi Javed can nail all the outfits out there, whether it’s a revealing top or a brand-new dress made of only pictures, she knows how to carry it the right way!

Most of the time, we have seen her in shockingly creative outfits. After all, how could you forget about the dress made of flowers? Speaking of the same, we have also seen her wearing cotton candy! Yes, you heard it right, she has done a photo shoot wearing a co-ord set made of cotton candy. That’s not all, we have also captured Urfi by the beach side, it seems like she was wearing a bikini top made of two giant shells! Her revealing tops and dresses have been in high talk. There is no doubt in the fact that many have also questioned her bold looks, it is quite fair to say that Urfi has got a good share of haters as well. But we still cannot overlook the fact that she stands among the well-known models and TV actresses out there. Her haters truly hate her styles, they have trolled her in various ways but guess what all these have just brought intense fame to her. Surprisingly, Urfi Javed’s popularity is increasing day by day, especially after she appeared in Big Boss OTT and Splitsvilla Season 14.

ALSO READ – Who Is Sunny Kaushal Girlfriend? Is He Committed?

She will wear whatever she thinks is right! No, that’s not our thinking but Urfi Javed’s statement! If you need gossip, she will give you one, that’s her ultimate motto. Ever since people started trolling her for her outrageous dressing styles and revealing outfits, she thought this might be a good opportunity for her, and she used the criticisms as a boost for her career. The trolls couldn’t stop her. Despite those mean and hate comments, she continued her journey as a sexy model, she started working more on creative content and that’s how she grew up as a social media influencer. Urfi Javed has only one message for everyone, whatever the case be, no matter what people say, you should always wear what you feel is right, what you think is comfortable!

Urfi Javed stands as a strong independent woman who doesn’t abide by others’ opinions. She has been criticized many times for her outfits and now those brutal comments don’t even touch her. She works with a clear mindset and if you think she will stop posting content because of others’ comments, then you surely don’t know her at all. Nowadays, she is even voicing up against haters and two-faced media persons. It seems like Urfi is not someone who will be silent on mean comments or outrageous opinions!

Open Up Your Hearts For Uorfi

You might be thinking who is “Uorfi”? Well, guess what, the spelling has changed, but the face remains the same. Urfi Javed has recently announced publicly that she has changed her name. As per our inner sources, she took the advice of some numerologists. It seems like changing the spelling might do wonders for her, she might see some exceptional growth in her career! Well, whether her career will be on cloud nine or not is still unknown to us, but we would love to witness what’s in store for her. That’s all for now, to get the latest updates on juicy celebrity gossip, stay connected with us, just right here.

Who Is Urfi Javed? – FAQs

1. Who is Urfi Javed dating currently?

As of now, Urfi Javed is not dating anyone. As per our inner sources, we last saw her in a meaningful relationship with Paras Kalnawat but their relationship didn’t work in the long run.

2. Does Urfi Javed belong to a conservative family?

3. What is Urfi Javed’s actual age?

4. Has Urfi Javed changed her name?

The name has been changed but the pronunciation will remain the same! Yes, Urfi Javed has changed her name to “Uorfi”.

5. Is Urfi Javed coming back on Splitsvilla Season 14?

Nothing has been confirmed yet, but as per our estimates, we do think the rumor is not accurate. Urfi Javed is not planning to make a comeback on Splitsvilla Season 14.

No, Urfi Javed, popularly called Uorfi, is not married. As per our guesses, she is very much content in her single life.

ALSO READ – Who Is Shakti Mohan Boyfriend? Is She Going To Marry?