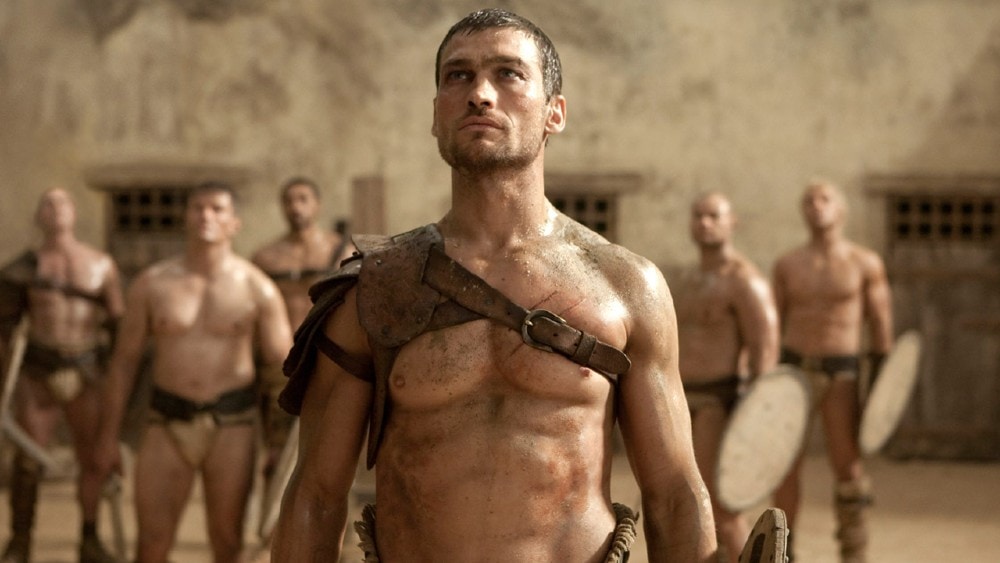 If you love Roman T-V Series then you have a unique taste. These roman series are known for their versatile storyline and awesome costumes and action scenes. Any of the Roman Series won’t disappoint us, they will always meet our expectations through their mesmerizing plot. In this article, I have listed 11 popular Roman TV Series based on their IMBD Ratings. Without wasting much time let us see the Top 11 All-Time Best Ancient Roman T V Series.

All the TV series listed below are based on the IMBD ratings. Without further dawdle let us jump into the list

On 20th September 1976 the first episode of the Popular TV series I, Claudius was streamed, and the last episode of the series was on 6th December 1976. The series belongs to the action, History, and drama genres. In the duration of 2.5 months, the series gained a whooping response from the audience, the series currently has a rating of 8.9/10 on IMBD making it the most loved Roman TV series of all time. This series is currently available to stream on Roku Channel, Spectrum TV, Prime Video, Acorn TV, or Apple TV on your Roku device

A Brief Plot of I, Claudius

I, Claudius is based on two historical novels written by Robert Graves: the titular I, Claudius, and its sequel, Claudius the God. The story basically is about the history of the Roman Empire from the death of Marcellus (24 B.C.) to Claudius’ death. The story starts with the elderly Roman King Claudius telling the history of the Roman Empire. The story goes on to speak about the internal conflicts that existed in the Roman Empire during the rule of Augustus and what were the consequences of the war and why Claudius was unharmed. The reason why this series stands out from all other series is the fact how the story is narrated and the unique making of the series.

Rome is a Roman TV series that belongs to the category of Action, Adventure, and Drama. The series stands in the second position on this list with an IMBD rating of 8.7/10. It is directed by Bruno Heller, William J. MacDonald, and John Milius. The first episode of the series was aired on 28th August 2005 and the final episode was aired on 25th March 2007. It is now available to watch on HBO, Rai 2, and BBC Two networks.

It had 2 seasons and both seasons were a great success. The story is about two laymen Lucius Vorenus and Titus Pullo, they are inspired by the two brave Roman soldiers mentioned in Caesar’s Commentarii de Bello Gallico. The first season depicts Julius Caesar’s civil war of 49 BC, his rise and fall, and his assassination on 15th March 44 BC. Besides all this, it also chronicles the lives and works of powerful, rich, wealthy, and historically significant events. The series has a dramatic approach and a unique and thrilling making.

The third on the list is Spartacus directed by Sam Raimi; Steven S. DeKnight with a rating of 8.5/10 on IMBD. The first episode of the series was aired on 22nd January 2010 and the final episode was aired on April 12, 2013. This series belongs to the genre of Action and adventure. The series was streamed on the Starz network.

The story has a total of 4 seasons, this is a fictional story based on a life of a character named Spartacus actually he does not have any recognition when the series starts, he was a Thracian who lead a mutiny against a Roman officer leading who lead the civilian army, As a punishment for this act he was taken to a gladiator arena where convict has to fight against many gladiators till he wins or till he dies. He unexpectedly slayed All four gladiators who came to kill him. From there he gained the name ‘Spartacus’. From there he was sent to gladiator training school and he finished the training and became a soldier but later situations forced him to go against his own house. This was the plot of the first season named ‘Blood and Sand’, There are 3 more sequels of the series in which the next part of Spartacus’s life is shown.

4] Spartacus: Gods of the Arena

This is a sequel to Spartacus (2010–2013) directed by Jesse Warn; Rick Jacobson; Michael Hurst; Brendan Maher; John Fawcett. It stands in the 4th position of the list with an IMBD rating of 8.5/10. It was originally released in English and Syriac languages on the Starz network. The first episode was aired on 21st January 2011 and the final episode premiered on 25th February 2011. This 1 month’s series gained immense popularity and love because of its storyline and making.

A Brief Plot Of Spartacus: Gods of the Arena

As mentioned before Spartacus has a total of 4 seasons, this is the second season of the series with the name and subheading Spartacus: Gods of the Arena, Unlike most sequels which contain the after parts of the story shown in the previous season, this sequel acts as a prequel to the first season Blood And Sand. In this season we could see the history of Spartacus, who was he, and where did he come from? Where was he sent to? And we get to know a little more about Capua the place where he was sent to the Gladiator battle and most importantly, we see the rise of Gannicus the former champion of Capua.

This is a unique TV series directed by Tom Basden, and Sam Leifer. It stands in the 5th position of the list with an IMBD rating of 7.8/10. It was originally released on the ITV2 network. The first episode was aired on 25th March 2013 and the final episode is yet to commence. This series gained immense popularity and love because of its humor and dialogue.

This was one of the most successful ITV series ever created. It was not based on an action or fight theme like other series in this list. It has a humorous and dramatic approach. The story is about two boys Marcus and Stylax who try to settle down and learn the lifestyle of people in Rome. They were known as Plebs by the locals (plebs means plebeian). The story shows everything the pair does daily from dealing with their slave Grumio who has a bad attitude, dealing with bosses at the grain company, and interacting with Cynthia and Metella (female leads). The story has a refreshing humor approach and it is an ideal family entertainer. The series stands out from others because of its unique and modern music theme.

The sixth on the list is A.D. The Bible Continues (2015) directed by Ciaran Donnelly; Tony Mitchell; Brian Kelly; Rob Evans; Paul Wilmshurst and produced by Roma Downey, Mark Burnett, and Richard Bedser It has a rating of 7.4 /10 on IMBD. The first episode of the series was aired on 5th April 2015. This series belongs to the genre history. The series was streamed on the NBC network.

The cast of the series is comprised of Adam Levy as Apostle Peter, Juan Pablo Di Pace as Jesus, Richard Coyle as Caiaphas, Vincent Regan as Pontius Pilate, Chipo Chung as Mary Magdalene, Babou Ceesay as Apostle John, Greta Scacchi as The Virgin Mary, Joanne Whalley as Claudia Procula, George Georgiou as Boaz, Jodhi May as Leah, Ken Bones as Annas, Chris Brazier as Reuben, Kevin Doyle, Fraser Ayres as Simon the Zealot, Emmett J. Scanlan as Saul Of Tarsus, Will Thorp as Cornelius and many more stars.

This is TV series that belongs to the Historic Drama, an action genre directed by Jan Martin Scharf and Arne Nolting. It stands in the 7th position of the list with an IMBD rating of 7.2/10. It was originally released in German and Latin Languages on the Netflix network. The first episode was aired on 23rd October 2020. This series gained immense popularity due to its Action scenes.

The series is partially based on historic facts and stories of the Roman Empire’s occupation of Germania and many other rebellions which were the result of Germanic tribes led by Arminius. The series has 2 seasons to date (30th November 2022). Though it is a recreated form of history the makers have added their own fictional characters and situations in the series making it even more mind-blowing.

The eighth on the list is Domina (2021) directed by Simon Burke with a rating of 7.1/10 on IMBD. The first episode of the series was aired on 14nth May 2021 and the final episode was aired on 2021. This series belongs to the genre of Action and adventure. The series was streamed on the Sky Atlantic network.

It is a rare female lead series that shows the power struggles which existed in ancient Rome times from a female perspective. In this series, Domina tells the story of Livia Drusilla a great empress of the Roman Empire and wife of Augustus the first emperor of Rome. Even after the death of Augustus, the empresses handled the kingdom quite significantly and she also had a lot of control over the kingdom as the mother of the new emperor.

READ NEXT: 15 Movies Like Nobody That You Should Not Miss!

This is an Iconic TV series that belongs to the Historic, action genre directed by Richard Lopez; John Ealer (season 2). It stands in the 9th position of the list with an IMBD rating of 7/10. It was originally released in the English Language on the Netflix network. The first episode was aired on 11 November 2016. And the final episode was aired on 5 April 2019.

The Netflix original series shows the reign of various major Roman Emperors. The series has a total

This is a TV series that belongs to Drama, and action genre It stands in the 10th position of the list with an IMBD rating of 7/10. It was originally released in the Proto-Italic language on the Sky Italia network. The first episode was aired on 6 November 2020. It is now available to watch on Amazon Prime Videos OTT platform.

The series is about the origin of Rome shown with intensified Drama. The story is about 2 brothers Romulus and his twin Remus and dates back to the 8th century. A notable thing in the series is the making and the approach, How a simple and well-known story is presented to the audience. The story marks the life of two brothers in 3 words loneliness, Violence, and Death.

The eleventh on the list is Britannia directed by Jez Butterworth and produced by Rick McCallum. The series has a rating of 6.8/10 on IMBD. The first episode of the series was aired on 18 January 2018 in the English language. This series belongs to the category of Drama.

The series listed till now was told either from a Roman point of view or from someone who moved on to Roman but Britannia is different, the story is shown in the series from a British perspective, especially from the view of tribes of the British who were told by the British Emperors to fight against the Romans in an attempt to secure their land and to unite their people. This plot dates back to 43 AD when the Romans invaded Britain. Julius Caesar once made an attempt to occupy Britain but failed, some 90 years later his successor Aulus Plautius succeeded in capturing Britain.