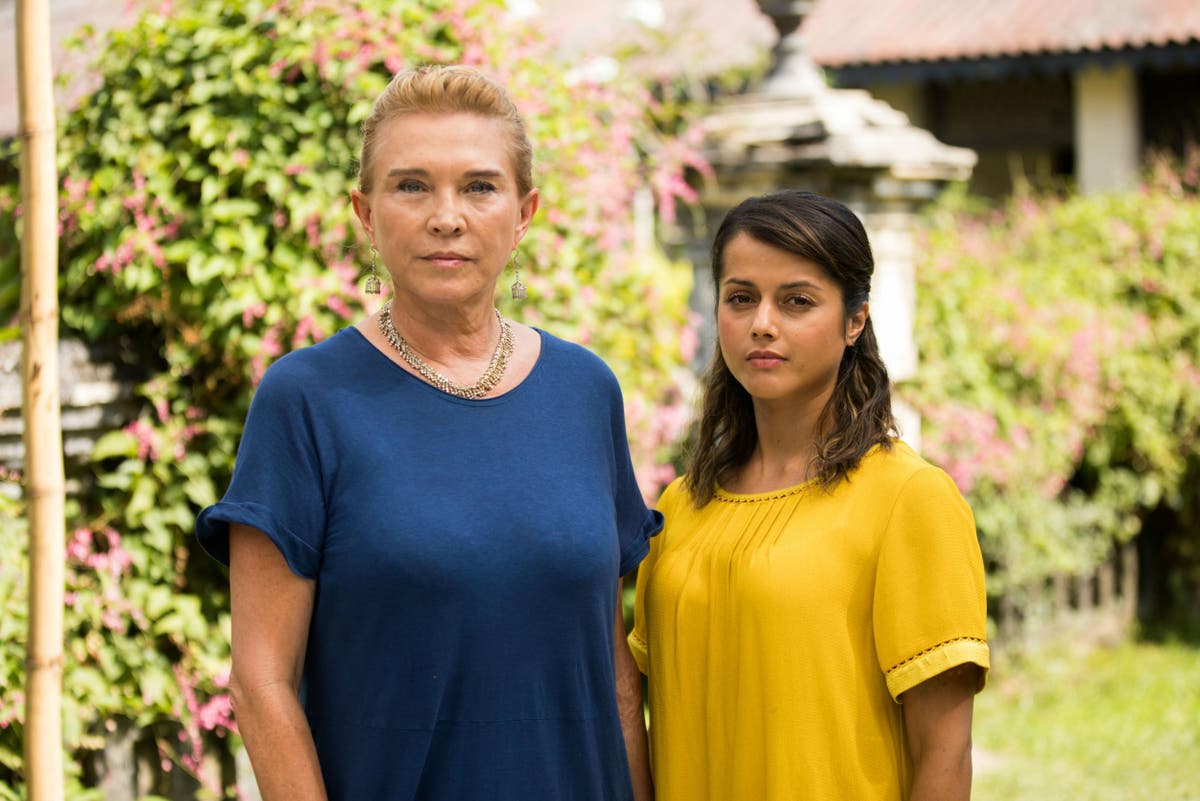 The sensational and intriguing storylines of dramatic medical shows are not only preferred by medical aspirants but are also liked by common individuals. Love, chemistry, arguments, heated disputes, crazy action scenes, and everything which goes beyond the usual is displayed in these non-traditional medical shows. You might assume medical drama series are boring, but hey there have you ever binged on Grey’s Anatomy? From Private Practice to The Good Karma Hospital, the list of medical drama series is longer than you think.

Are you curious to learn about Dr. Sam Stewart? She is a single mother who is ready to lead the Hope Island Clinic. The clinic is situated on a small island that mostly looks after the patients who live in and around the Great Barrier Reef! Sam deals with a group of young doctors, some are willingly working in the hospital while others are planning to shift from the hospital. Australia’s Great Barrier Reef is occupied by multiple islands and all those people who live on those scattered islands get their medical support from the Hope Island Clinic.

The clinic not only looks after the usual residents of the island but also takes care of tourists who often come to the beaches for a vacation period. It is obvious that the clinic needs a good amount of medical staff, thus the responsibility falls on Sam as the clinic calls for the retention of old and new doctors. These doctors are not only dealing with patients but they are also determined and focused to carry out intense research on venomous insects and tropical medicinal plants.

An intriguing Netflix series that was released back in 2017. The show originally streams on the ABC network. Currently, the show had around six seasons and had a total of hundred episodes. The Good Doctor mainly revolves around Shaun Murphy, a young autistic surgeon who has recently moved to California. Luck favored him and he got placed at the prestigious St. Bonaventure Hospital present in San Jose.

It is not going to be a smooth journey for Murphy. His colleagues will ignore him the most. As the show proceeds, we will see how Murphy adjusts with the hospital staff members. From solving rare cases to coping with the toxic environment which prevails in the hospital, it is going to be an exhausting ride for Murphy. To learn more about Shaun Murphy, you have to watch all the episodes of The Good Doctor which are exclusively present on Netflix.

ALSO READ – 25 Romantic Chinese Drama That Will Make Your Day!

Sometimes escaping the usual normal is not that bad! This medical drama series is full of mystery, suspense, and adventure. Off the Map revolves around seven doctors who are heading towards a tiny village situated in the tropical jungle of South America. They are ready to reach out to this unknown village.

As we dig deep into this non-traditional medical drama series, we will learn how these doctors will help out patients in critical conditions, especially when the clinic doesn’t have access to enough medical resources. The show premiered in 2011. The remote village depends on a small clinic that was formed by Dr. Ben Keeton. Dr. Ben was initially a part of UCLA. He was previously a surgery chief and now he is ready to run the village clinic. He will be guiding the seven doctors! His only aim is to provide the best medical attention to the patients of the village.

Dr. Addison Montgomery, a neonatal surgeon is ready for a new beginning. It all started when Addison became part of the Oceanside Wellness Group. This co-op private practice center is mainly run by her two close friends, Naomi and Sam. Apart from these two, we will also learn about other young doctors who work in the Wellness Group.

The series is not restricted to the chambers of the hospital. We will surely see how the doctors act in their profession but we will also get a closer view of their personal lives. From complicated and substantial relationships to highly twisted love triangles, the drama series is filled with mystery and mistakes. All the previous six seasons of Private Practice are exclusively present on Disney Plus and Prime Video.

A medical drama series that also comes with a hint of comedy. The first season of the show premiered back in 2009, while the last season aired sometime in 2016. The show had a total of 8 seasons which were highly liked by the audience out there. The medical drama series revolves around Hank Lawson, a young doctor who has recently lost his job! His nightmare started when he was wrongly accused of killing a critical patient. Eventually, the medical community blamed him and he was on the edge of losing his license.

To move on from this trauma, he decided to shift to the Hamptons. The city is filled with filthy-rich personalities. Since he lost his job, he decided to work as the house-call doctor for these extremely rich households. But the Hamptons is also filled with a group of unfortunate people who don’t have much money to access the medical facilities of lavish hospitals. In this journey of re-establishing himself as a doctor, Hank will learn the true meaning of his profession. From helping out people from the upper class to reaching out to the unfortunate living on the outskirts of the city, Hank is ready to help out the patients of the city.

We are traveling back to the year 2006, a war zone was established in Afghanistan. Combat Hospital was released back in 2011. The show had a total of only 13 episodes. The series revolves around a military hospital that was formed in Kandahar, Afghanistan. They must treat the soldiers properly. Doctors from various countries like the United States, Germany, Australia, the UK, and others are called to the war zone. These doctors from the International Security Assistance Force would be handling critical accident cases.

We all know how badly soldiers get injured in battles. War zones are meant to portray various scenarios of life and death and that’s what we will see in this medical drama series. The team not only includes excellent military surgeons and neurosurgeons but also has some trauma specialists. From counseling the soldiers to win over their fears to pulling them out of the half-dead condition, this series is a must-watch for you.

The first-ever season of the show premiered last year and was highly viewed and liked by the audience out there. Royal Flying Doctor Service is based upon the air ambulance service which is a very new concept developed by an Australian organization.

As the name of the series suggests, a group of doctors will be flying from aircraft to different suburban parts of the country. The people who live in deserted villages and outskirts of the city barely get any access to medical facilities. To help out these people, to save their lives from danger, we have RFDS! The series can be accessed online. All the episodes of RFDS are present on Vudu and Prime Video.

ALSO READ – 25 Best Historical Dramas On Netflix That You Should Not Miss!

A long-standing non-traditional medical series that takes us back to the late 1950s. The period between 1950-1960 went drastic for the people living in London. This medical series doesn’t focus on doctors but on nurses. As per records, the show has been renewed recently, two more seasons are coming up. The show has around 11 seasons and fans are extremely excited to see a few more seasons of the show.

The midwives portrayed in the show are Anglican nuns who are part of the Nonnatus House. We will see in the series how these nuns will act as nurses for so many pregnant patients present in London. Unlike most medical shows, this non-traditional medical drama series is based on true historical facts. What affects the British population? What happened after World War II? What triggered the baby boom? How was the National Health Service formed? To find out the answers to these many questions, you have to watch Call The Midwife, exclusively just on Netflix.

Another exciting medical drama series of all time is The Good Karma Hospital. The show currently holds around four seasons and we are expecting to see another season of the show next year. The show originally runs on ITV but it is also available on Amazon Prime Video. The Good Karma Hospital season 1 was released back in 2017. It all started when Ruby Walker, who has just started her life as a doctor, decides to bid goodbye to the UK.

Frustrated from her regular foreign lifestyle, she finally makes a life-changing decision for herself. If you seek a solution, then the solution is bound to knock at your door. The same thing happened with Ruby when she saw that advertisement. The Good Karma Hospital is looking for doctors. Thus begins her journey to South India.

As the story moves forward, we will learn that the hospital doesn’t have many resources and is heavily scheduled with hectic cases! This hospital runs under Dr. Lydia Fonseca, a strange ex-pat whose actions are sometimes highly questionable. Ruby is a junior doctor and this hospital will change her life forever. From dealing with complicated hospital issues to resolving numerous emergency cases, Ruby is ready to face the upcoming challenges of her career.

ALSO READ – 25 Best Action K Drama Series On Netflix That You Can Try!