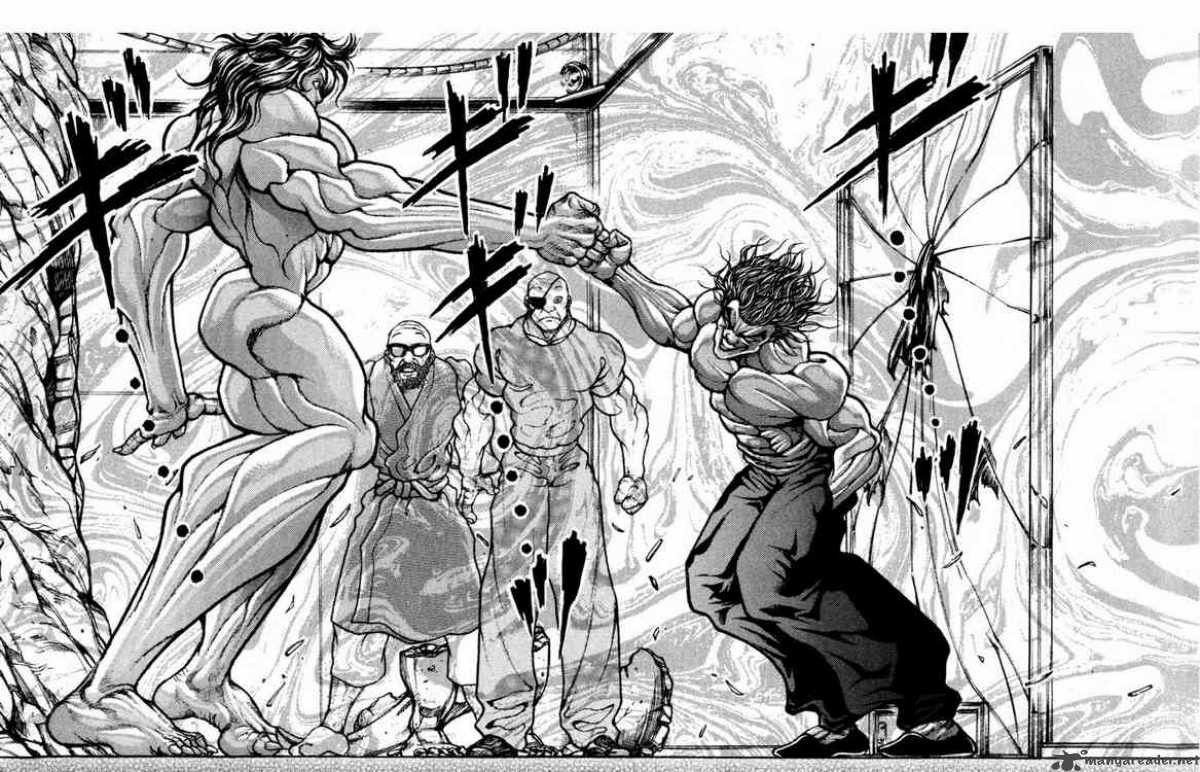 Pickle and Yujiro are both characters from an infamous action-based anime manga series named Baki (initially called Baki the Grappler). The series has multiple segments of that series much similar to seasons with different names that follow the same storyline.

The first part of the series Grappler Baki: The Ultimate Fighter was released about 28 years back, that is, it was released on the 21st of August 1994. The series is adapted from the manga with the same name that later got serialized in the shonen manga magazine.

The series has got mixed reviews and is yet known through a vast range of audiences. As mentioned above the series has been releasing its segments from way back in the year 1994 up until recently. Therefore, the rating and reviews for the series are not as a single series but are rated based on every segment.

He actually is a primitive human (people belonging to a really early stage of civilization) who was somehow perfectly preserved inside a saline rock formation. That is also the reason he got his name Pickle as in, pickled in a rock sort of thing.

Then we have Yujiro Hanma or the one commonly referred to as “The Ogre” in the Baki franchise is the main and central antagonist of the series as well as the father of our titular protagonist Baki Hanma.

He is termed and often referred to as the strongest creature on earth. He is a fierce and strength-driven man who selfishly cares only about fighting strong opponents irrespective of what that could cost him or the people who might possibly surround him.

Getting to our main topic, that is, Pickle v/s Yujiro, talking about mere raw strength Yujiro is second only to Pickle. Yes, in a fight based on raw power Pickle our 200 million years old fighter takes the cup.

There are multiple incidents in the manga that gives you enough proof about Pickle is stronger than Yujiro, firstly, in the scene where Pickle encountered Yujiro in Baki: Son of Ogre, they ended up pushing their fists against one another. In this scene, Yujiro acknowledged that Pickle pretty much overpowered him and he also commented that he was so strong that he made Yujiro use tricks.

Another proof of the fact that Pickle is stronger than Yujiro is when our main character Baki was trying to visualize him in his mind to undergo image training (something he usually does to determine his current strength). He was unable to even imagine Pickle and he stated that recreating his aura seemed to be impossible.

He stated that something like this has never happened. And further quoted ‘’I burned his image in my memory. I had him right in front of my eyes and yet I still can’t visualize him”. He was unable to get a clear idea of how strong Pickle was and it almost seemed to him like Pickle had raw strength that could not be quantified.

Baki got super excited about this as he started trembling, he was unable to compare Pickle to anybody, not even the main antagonist of the series and his father Yujiro Hanma.

The characters in the Baki franchise are ripped, like literally ripped to the core. They have a unique yet huge physique and have weird and bulky designs alongside their traits.

The main character of the Baki franchise is Baki Hanma who is thriving through hard comings to defeat his villainous father the strongest creature on earth. Then we have Yujiro Hanma the father of our titular character Baki and the main villain of the franchise. Then we have Kaoru Hanayama a Yakuza (member of an organized crime syndicate) head who is one of Baki’s closest friends.

Then we have Jack Hanma Yujiro Hanma’s son who initially stated his name as Jack Hammer so as to hide his relation with Yujiro, as he is also Yujiro’s son which means he is the half-brother of Baki. Biscuit Oliva is an assassin who works for the US government and is also a special jailer in the Arizona State Prison.

Continuing on we have Izo Motobe a calm and gloomy person who actually is a Japanese jujutsu master. Emi Akezawa is one of Yujiro’s lovers and the mother of our main character Baki who was killed by Yujiro in the initial part of the series. Kiyosumi Katou the top student of Doppo Orochi who does not believe in the limitations karate has set in while fighting.

Then we have Koushou Shinogi an expert in himokiri karate (a style where the attacks are no blunt blows, but slashes that cut the opponent), he is also the younger brother of Kureha Shinogi. Yasha Ape is an extraordinarily strong and huge Ape that Baki defeated in the initial part of the series, Yasha Ape’s wife was mercilessly killed by Baki’s father Yujiro Hanma.

Then there is Mitsunari Tokugawa a tiny old man who runs the underground fighting arena where Baki and multiple others fight to claim the title of the strongest. Hitoshi Kuriyagawa was the personal assistant of Emi Akizawa back when she was alive, he took care of Baki while keeping an eye on him. Gouki Shibukawa a 60-year-old master of jujutsu. Kureha Shinogi is a surgical genius who has made his body strong using his own medically determined methods. Pickle is a 200 million years old man who was somehow preserved to date.

There are multiple other strong characters who tend to influence the series in some way or the other but, the above-mentioned characters are the ones who frame the storyline we refer to as the Baki franchise.

The Baki franchise follows a story of men who are crazy about being declared the world’s strongest. The story mainly revolves around Baki who was brought to the world by Emi Akizawa who raised him to become stronger than his father so he could defeat him, which would lead his father to fall in love with Emi. She was later killed by Yujiro trying to protect her son who craved maternal love from somebody who was obsessed with a selfish villainous man.

The story is about how Baki trains himself with everything he has got, fighting alongside and against people throughout the course of the series to become strong enough to defeat his father the one termed the strongest creature on the planet and nicknamed “The Ogre”. Along the way, he ends up making friends, rivals, and experiences he would have never made if he were to lead a normal life.

The Baki franchise is written by Keisuke Itagaki who was born on the 4th of April 1957. Before becoming a manga artist he was serving the 1st Airborne Brigade of the Japan Ground Self-Defense force. He has practiced amateur boxing and has also competed in the National Sports Festival. He also has a degree in Shorinji Kempo.

Reasons You Should Watch Baki Anime?

The storyline or the at times masochistic concept of the series might turn you off but if you are in here for world-class fights then this is the anime you have been looking for. It provides you with the utmost satisfactory fighting scenes. It enlightens the viewers about the psychological conditions of the fighter, the plotting, and the strategies a fighter makes before every hit he throws. It also shows you how the shadow of your parent or people you are closely related to can completely change your life.

What I am trying to say is Baki is definitely a worth-watching anime with unexpected endings that would not let you regret.

Where To Watch Baki Anime Online?

If you have not watched the series yet but the above-mentioned details have managed to pique your interest then you can binge the series online on Netflix, Amazon Prime Video, or on Crunchyroll.

MUST READ || What Does Hiatus Mean In An Anime?