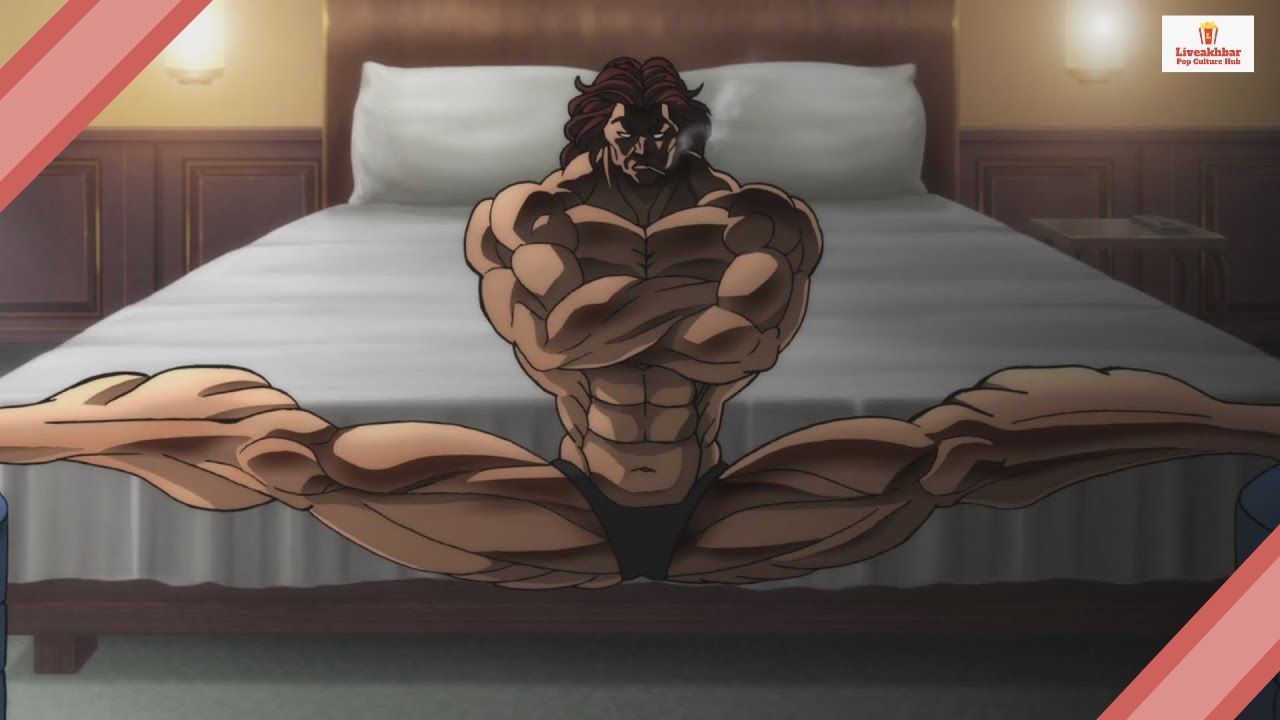 Baki Season 4 Release Date: Baki is a very popular and successful Japanese manga series. These types of series have a huge fan base because of their amazing storyline. This Japanese manga is also very popular on Netflix. Baki is one of the most-watched anime series on Netflix or in Japan. The very first episode of Baki was released on Netflix on June 25 2018 and got off air on June 4, 2020. And in December 2018 it was released outside Japan. Actually, this manga series began very early in October 1991 in Japan and it is still telecasted on some Japanese channels. Then the first video animation of Baki was released in 1994 on August 21.

It also has a game of the same name and was first launched on 12 October 2000 in Japan. Baki manga series now turned into an anime television series from January 8 2001 to December 24, 2001. This Japanese series was designed and written by Keisuke Itagaki. The anime series basically covered the second part of the manga series which is Baki, the Grappler. Baki’s script has been overseen by Tatsuhiko Urahata. The television show was first streamed on various television channels along with Tokyo MX1 in Japan. Then it went internationally after achieving great responses from the audience.

Baki has completed its three seasons on Netflix in the English language and earned a great response from the viewers. The show is rated 6.7 stars on IMDB out of 10. The popularity and success of the show are heightening regularly and now the fans are eagerly waiting for the fourth season of Baki anime. So, today this article contains Baki Season 4 release date, plot, and cast.

This is the story of a boy Baki Hanma. Baki Hanma was raised by his prosperous mother, Emi Akezawa. She wanted Baki to be a powerful warrior like his father Yujiro Hanma. Yujiro Hanma was supposed to be one of the best fighters in the world. Baki’s mother also supported his serious training and he was appreciated for his skills in Martial Arts. At the start of the series, Baki gets challenged by every villain. And this training led him to many problems. The villains in the series considered this work as their responsibility to keep challenging Baki.

The most dysfunctional father-son relationship of all time reaches its climax when Baki Hanma faces off against the Ogre himself in next year’s season of Keisuke Itagaki’s brutal fight series! pic.twitter.com/Y0mEC8PmS8

These villains were on death row and they decided to escape from death row and made a mission to search Baki, fought with him, and made him loose. Every villain was getting jealous of his skills. In the series, Baki also fought with his father and was beaten without any challenge. After this Baki visited all around the world and continued his training. Then later after few years, he found an underground fighting arena. And where he fought with the most powerful fighters of different styles in Martial Arts. This is the end here when he truly proceeded to sharpen his martial arts skills.

So, if season 4 of Baki is supposed to come then it is expected to see the face-off between father and son. This is going to be the hardest competition between both of them. But till now we do not have much information regarding the release date so it is difficult to assume the story. Most probably the story in season 4 is expected to continue from where it ends in season 3.

Since the Baki anime had been released it has gained huge popularity. As we said earlier because of its amazing story the fan base is increasing regularly. All three seasons received positive responses and the story is obviously very interesting. So as we know you are eagerly waiting for the Baki Season 4 Release Date. Now the biggest question that arises is, was season 3 the last season aired on, and what if the story ended here only? But we told you here one thing, that because of the popularity of the show, makers will want to do something which is in the favor of the audience.

Till now the makers of the show did not officially announce anything regarding the series. But these are the rumors that the Baki season 4 is going to release this year that is in 2021. But as we said there is no official announcement regarding this, so it is difficult to say anything. Maybe the series get postponed due to the COVID- 19 pandemic. As it affects the world for the second time and this time it is more than the first time.

As for fans the makers also wanted to release the fourth season as soon as possible. So, Baki Season 4 Release Date is supposed to come at the end of 2021. I Hope Season 4 would release shortly and if it is released then it must contain 13 episodes as each earlier season has. If you did not have watched the Baki anime series then go and must watch it on Netflix.

Behind the success and popularity of every series and every movie, there is the cast. How well the cast performed? a series and a movie need to achieve success. If the cast is good then the series is automatically executed nicely. The cast members of Baki have been planned very properly and nicely performed in the show. As we know that it is a cartoon or anime series so it is presumed that the cast will be the same in the next season also. As long as in the next season there are no changes are expected.

There are some recurring characters in this anime series they are as follows: Oowada, Shingo Soejima, Shigeru Akatsuka, Bunkichi Kitoe, American Wrestler, Matsuo, Kouhei Kuzumi, Bob Marsh, and Hayashi. The net animation of Baki was directed by Toshiki Hirano and produced by Kei Watahiki and Yuki Yokoi. The show is written by Tatsuhiko Urahata and Music is given by Kenji Fujisawa.

As we said there is no official announcement from the maker’s side that when Baki season 4 is going to release. So there is no trailer out for the Baki Season 4. We will update you when the release date and trailer are going to release. Till then enjoy the first trailer of Baki and watch the full series on Netflix.