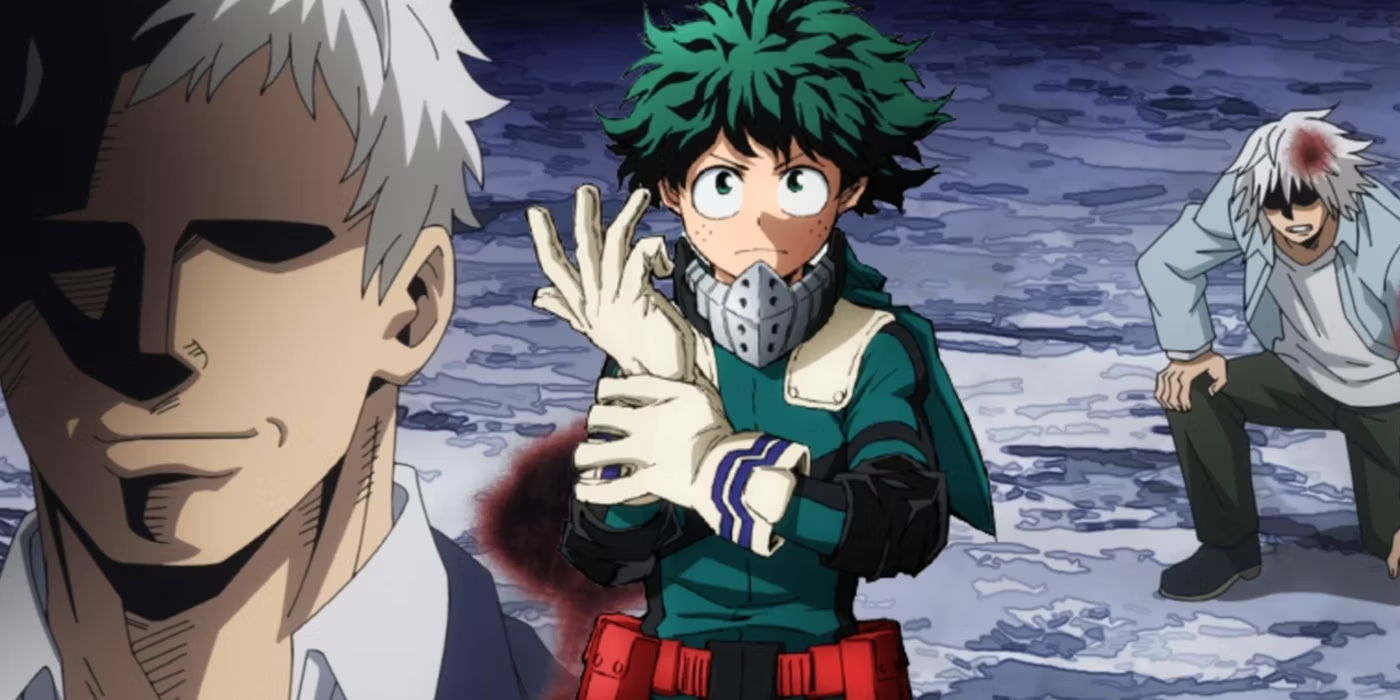 Imagine living a life with superpowers and flaunting them without restrictions. So far, almost every superhero with supernatural skills has had to hide them. Either he picks up a different identity or has to change his looks altogether because of his superpowers.

In the unique world of My Hero Academia, everyone is a superhero with powers they call quirks. They don’t have to wear heavy costumes or hide; in fact, they love to flaunt their powers. There are hardly any people who are born without a quirk. This is why, when Deku doesn’t develop a quirk like all others, his trouble multiplies tenfold.

This is a story about a boy struggling alone to somehow become a superhero. Without anyone to guide him, Deku has to bear all the struggles alone. But why is Deku alone? Where is his father? And is he even alive?

Who Is Deku’s Father?

Izuku Midoriya, or Deku as we affectionately refer to him, is a quirky young man with seemingly impossible dreams. He is determined to become a superhero and flaunt the quirk he has earned. And while he is strong, his emotional baggage isn’t light either.

Living with his mother alone and knowing that she has a quirk he didn’t inherit wasn’t easy for Deku. This is why he starts to question everything and decides to earn a quirk, even if he hasn’t inherited one. The thing that pesters Deku the most is his father’s lack of existence. He has never seen him, and with the scraps, he is fed by his mother, he is not satisfied.

The only information he has about his father is that he has a fire-breathing quirk and is working in a different country. While he knows that his father’s name is Hisashi Midoriya, how could that be enough for him? He wants more information on his father, just like us fans.

MUST READ: Is Deku’s Dad A Villain? Was His “Overseas Profession” Becoming An Antagonist?

Is Inko Behind Hisashi’s Disappearance?

From a young age, Deku has been living with his mother, Inko. He hasn’t seen his father, nor does he know about him. Inko claims that he has gone overseas for work, but the guilt that shines in her eyes makes her words a little less believable. She is a fierce mother who always stands up for her son, but it seems like her fierceness knows no bounds.

It is quite possible that Inko is hiding from Hisashi. But if that were the case, claiming that her husband is alive and working in another country seems pointless. It is claimed that Hisashi could breathe fire, and this is surely not the quirk of a hero. Maybe Hisashi is a villain, and Inko has hidden Deku from him. Or maybe Inko has a bigger plan for Hisashi.

The docile Inko could be the mastermind behind Hisashi’s disappearance as well. They could still be in touch secretly, or Hisashi might be pretending to be someone else to stay close to her.

Is Hisashi Planning A War?

Shigaraki, or “All for One,” the quirk-stealing thief, is the ultimate villain in the story. He is quirkless, which is why he keeps stealing other people’s quirks and empowering himself. It is possible that All For One is Deku’s father, and he has been keeping an eye on Deku for years.

Since All For One always covers his face with a helmet, his face cannot be seen properly, just like Hisashi is not known. All For One’s right-hand man, Dr. Tsubasa, and Dr. Ujiko, Deku’s physician, somehow share many physical traits. If Hisashi is all for one, Dr. Ujiko might be his right-hand man, and these criminal minds could be preparing something mysterious.

All Might, the great superhero, and All For One, the ultimate villain, have engaged in a deadly fight. This deadly battle might be the reason All For One is preparing himself and his army. Maybe he has kept Deku closer to All Might so that he could use the information gathered by Deku. Maybe Hisashi is planning an explosive war and is planning to turn All Might’s favorite against him.

READ THIS: Who Does Deku Marry In My Hero Academia?

While talking about Deku’s possible father, one more possibility that cannot be ignored is All Might. He is an idol for Deku and the world’s savior. Nighteye, his right-hand man, has the unique ability to predict the future. As per his prediction, All Might is nearing his death.

Since All Might meets Deku and accepts him way too soon, suspicions start to rise. Even when Nighteye disapproves, All Might continues to train Deku and help him become the next superhero to save the world. It might have been his nearing death that pushed him towards Deku and made him the father figure he needed.

When Izuku was asked about Hisashi, she claimed he was gone to protect his son’s feelings. This clearly implies that by being with Deku, Hisashi was risking Deku’s life, so he went away. It is possible that All Might is Deku’s father, and he has been hiding from his son to save him from the risks he has to brave every day. If that’s the case, their relentless stubbornness and vinegar-stung faces have a right to be so eerily similar.

In the end, these are all theories, and the reality is yet to be disclosed. This series has surely kept everyone on their toes, and the tsunami of theories doesn’t seem to stop soon.

ALSO READ: Will All Might Die In My Hero Academia?