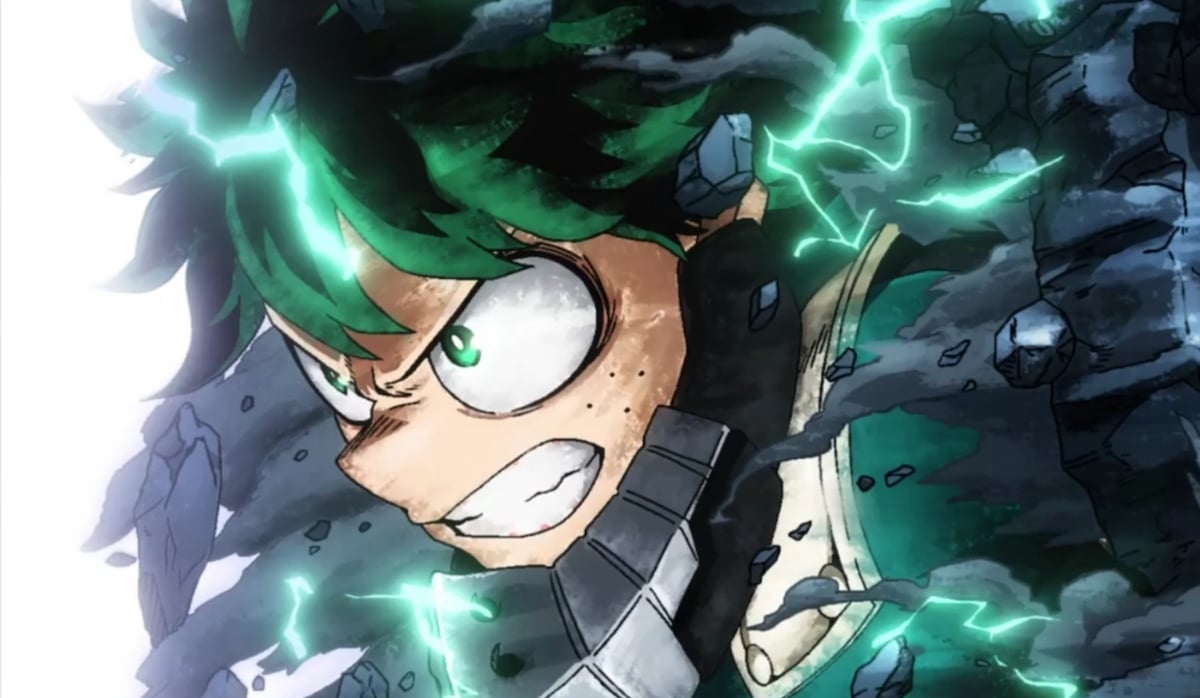 The greatest anime series of all time, “My Hero Academia” is on our radar. It all started back in 2014. The intriguing and stunning plotline of the manga and the anime series was heavily loved by the audience out there. Anime fans have been obsessed with this anime series and we can’t wait to learn more about the characters of the show. The main protagonist of the story Izuku Midoriya, who is popularly known as Deku is in high talk.

So far, we have seen only five seasons of this amazing anime series. In addition to this, we have also seen three epic movies based on Deku’s life. It is fair to say that Deku’s journey has been full of hardships and lessons. That little boy is growing up. He has seen a lot in his life. But hey there, do you know the name of his father? Is Deku’s father alive? Will we ever see him in the anime series? We know you all are highly excited to know the inside details about Deku’s long-lost father. So let’s not delay any further and quickly start with the main topic of the day.

Who Is Deku’s Father?

Are you curious to know the answer to this question? His name is Hisashi Midoriya. We have never seen or heard anything about this man. One of the biggest mysteries of My Hero Academia has been this missing figure. We have seen Deku as the main character of the story. Thus, we must also learn about his parents, especially his dad.

My Hero Academia revolves around a universe that has well-accepted superhumans. Here humans have superpowers and they know how to use these powers wisely. In this same context, we will learn about this quiet boy named, Izuku Midoriya, who is slowly and steadily growing up as a hero.

We have seen his dynamic journey and we can’t wait to see what the future holds for him. But the question remains the same, what has happened to Deku’s father? Why don’t we see him in the series? If you have followed the manga series, then you must have noticed that Hisashi’s character has never been revealed to us.

We just know that he happens to be Deku’s dad but that’s about it. Fans have assumed that Deku’s father works abroad and that’s why we have never seen him in the anime series. We have also heard that Hisashi’s quirk is very much different from Deku’s quirk. You must be wondering who provides us with all this information about Hisashi Midoriya, well it’s none other than Deku’s mother, Inko Midoriya.

There are many theories up there about Deku’s father. Some say that Deku’s father is his biggest enemy. There is a possibility that All for One, who is popularly known as Shigaraki, is Deku’s dad. If you think deeply then it is not a complicated concept. Some sources also claim that Izuku doesn’t know anything about his father. After all, never forget that Hisashi has never appeared in the manga or the anime series!

Again, some fans assumed that the doctor who recently entered the story might be this mysterious man. He once told Deku that he doesn’t have a quirk. Yes, the fingers are pointing toward Kyudai Garaki, the mad scientist who has always favored Shigaraki. We all know how powerful Kyudai is.

With the help of his unusual quirk, he has already lived for more than 100 years. There is a possibility that Kyudai’s main motive is to make Izuku’s life easy. Was he looking out for Deku? Well, the real mystery behind  Deku’s father can only be resolved by one person. Only Inko Midoriya can answer this question.

Does The Creator Have Different Plans For Hisashi Midoriya?

This happens to be the most asked question out there. The question directly comes to the writer of this beautiful manga series, Kohei Horikoshi. There is a possibility that Kohei has some epic plans in store for Izuku’s father. Hisashi’s quirk is fire-breathing. Maybe in the upcoming seasons of this anime series, we will learn a bit about Hisashi Midoriya. There is surely a story here.

Kohei could have easily said that Inko is a widow, but we all see her as a married character. Yes, we don’t know anything about Deku’s dad, but we might learn about him in the further chapters of the manga series. She could have easily said at the beginning of the manga that Izuku’s father is dead, but instead of that, we learned that he is still alive and somewhere working abroad. This has left all of us in utter confusion. Let’s hope this mystery will soon get fully resolved by Kohei Horikoshi.