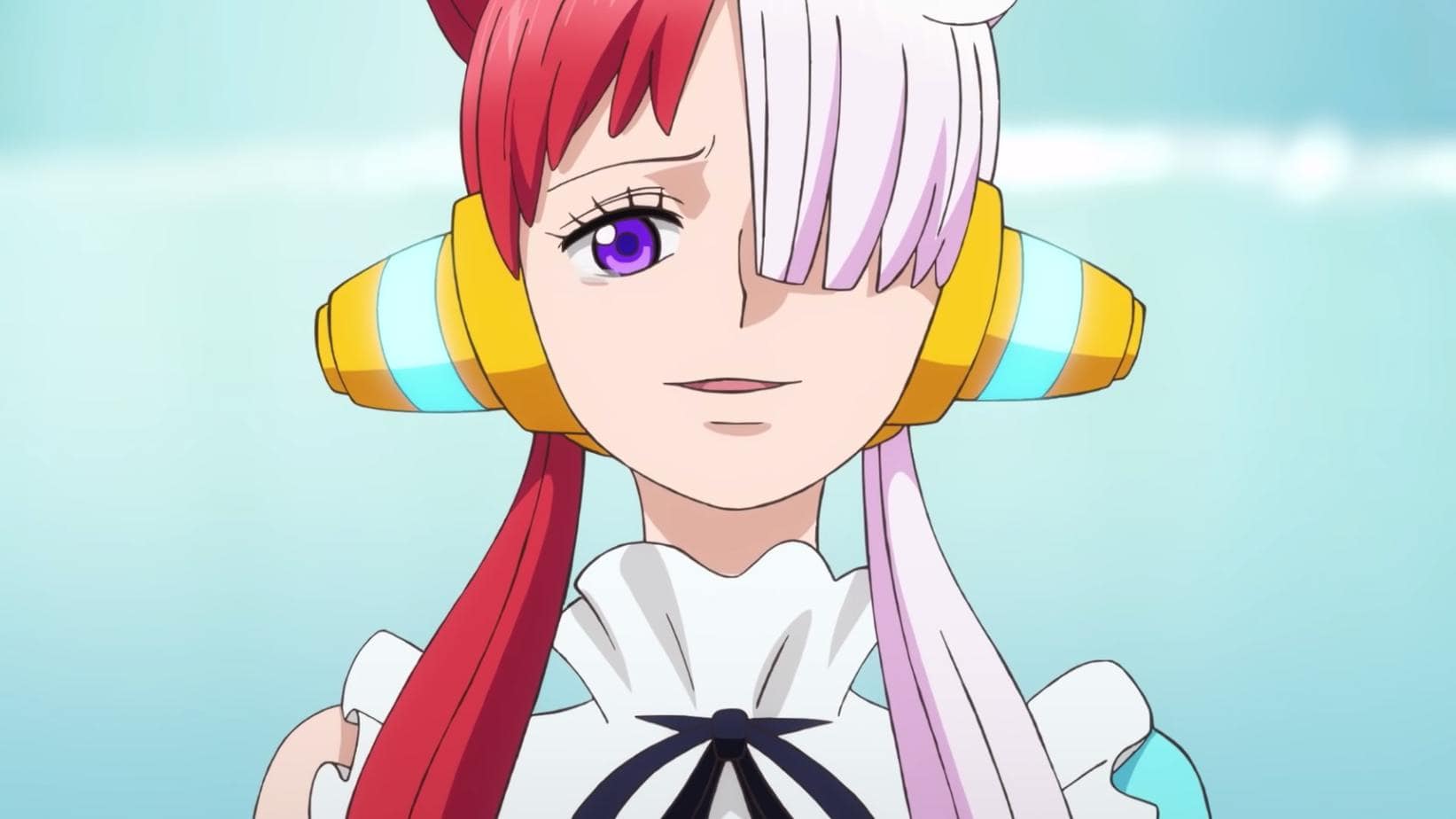 One Piece is a classic and iconic anime, and the things that make an anime so likeable, are its storyline and character. And One Piece has so many great and fascinating characters. Written by Eiichiro Oda, One Piece follows the life of Monkey D Luffy and his journey is more than interesting as anything else. The characters are the one who helps with the creation of a perfect story. Ever since the One Piece Film: Red has been released, everyone is asking about one particular character Uta, she is the main antagonist in the film, and people intended to know about her because of various reasons such as her cheerful personality and many more. We are here to answer your questions about Uta and One Piece Film: Red.

Who Is Uta In One Piece?

So, the straight and clear answer is that Uta is the daughter of Red-Haired Shanks, she loves to sing and seems to have a cheerful personality. Uta does not really like pirates, maybe because of her father, she likes to pamper herself and acts like a diva all the time. When she was a kid, she and her father were really close but Shanks had to leave her alone on a burning. island with Gordon, since then Uta became distant with her father, and she does not like to talk much with him, she in fact does not even refer to him as his father. As mentioned, she loves to sing, and not as a hobby, she is a genius in her musical knowledge, she knows about lyrics, song composing, and is a really great singer. She also seems to share a friendly relationship with Monkey D. Luffy, and they are childhood friends.

When it comes to her powers, she ate the Uta Uta no Mi fruit that gives her the ability to transfer people’s consciousness to a different world that is the Uta World just by singing. In that world, she can do whatever she wants to do with them. Uta has a backpack that helps her in flying and also a shield.

ALSO READ: 25 Worst Episodes Of One Piece To Date!

Who Is Red-Haired Shanks?

Shanks is an important character in the world of One Piece, because of him, many different situations took place. For the people who have forgotten, he is the one who inspired Monkey D. Luffy to go on a pirate journey, and the straw hat that Monkey D. Luffy regularly wears was gifted by him as a gesture to his promise. Shanks’s mate Lucky Roux was the one who founded the devil fruit Gomu Gomu No Mi, the one that Monkey D. Luffy accidentally ate. When Shanks was a kid, he traveled with Roger Pirate, and started his career with the help of Buggy, after Roger’s death he ended up forming his own crew. Because of his capabilities, he ended up becoming the chief of Red Hair Pirates and is one of the four emperors that rule over the world. As he is an emperor, he is strong, brave, and has leadership qualities. Shanks has the ability to swim, Haoshoku Haki and he is a fine swordsman as well.

Shanks does not enjoy violence, and travels calmly, many people would describe Luffy as the younger version of Shanks, he is a diplomatic person, and thus always takes diplomatic decisions. He loves to drink and party as well, and can always be seen drinking something. He seems to have great relationships with Red Hair Pirates, Benn Beckman, Lucky Roux, and Rockstar. He is also really friendly with Monkey D. Luffy, Makino, and Portgas D. Ace.

A good voice actor is really necessary for a character to have, and the voice actor for Uta is much more than just good. She is great in what she does and thus deserves appreciation. The character of Uta in the One Piece Film: Red is voiced by Kaori Nazuka, who is well-known for her work on series such as Ikebukuro West Gate Park as Yui, Slow Loop as Ichika Fukumoto, In the Land of Leadale as Mai-Mai, Birdie Wing: Golf Girls’ Story as Vipere and Legend of Mana: The Teardrop Crystal as Pearl. Kaori Nazuka has worked on movies such as Grisaia: Phantom Trigger the Animation as Chris, KonoSuba: God’s Blessing on this Wonderful World! Legend of Crimson as Arue, Fate/kaleid liner Prisma Illya: Licht – The Nameless Girl as Miyu Sakatsuki, and many more.

As you may know by now, Uta is a singer and her great voice comes from Ado, who is a singer known for the song Usseewa, which was her debut song and it peaked at number 1 on Billboard Japan Hot 100, the music video got 100 million views in 148 days after its release. Her songs include Usseewa, READYMADE, Gira Gira, Odo , Yoru no Pierrot, Aitakute, Ashurachan and KokoroToIuNanoFukakai. The list of her songs is quite large, and one thing to be mentioned about her is that she is the youngest solo singer.

ALSO READ: Is It True That One Piece Manga Will Be On Break?

Uta is a popular singer, and since the beginning, she has been hiding her identity all over the world, and now for the first time she will reveal her identity to the world, and the reveal is not simple it will bring many problems, and interesting arcs. Her capabilities make her a target of a villain named Gorden who is on the path to destroying the life of pirates, but will he be able to do that? Is an interesting thing to find out about.

One Piece Film: Red has many great characters such as Monkey D. Luffy who is voiced by Mayumi Tanaka, she is well-known for her work in, Urusei Yatsura, Yu Yu Hakusho, Laputa: Castle in the Sky, Krillin, Dragon Ball, and Nintama Rantarō. Red-Haired Shanks is voiced by Shūichi Ikeda, he is famous for his role as Char Aznable in the Gundam series, Scorpio Milo in Saint Seiya 1980s, and Shuichi Akai from Detective Conan. Uta is voiced by Kaori Nazuka and Ado is Uta’s singing voice. Roronoa Zoro is voiced by Kazuya Nakai, who is popular for her work in Gintama, Sengoku Basara, and Dynasty Warriors. Nami is voiced by Akemi Okamura, who is well-known for the work in Märchen Mädchen, Ninja Girl & Samurai Master,

Skull-face Bookseller, The Morose Mononokean II, and The Idaten Deities Know Only Peace. Usopp is voiced by Kappei Yamaguchi, who has earlier worked on Inuyasha, Death Note, and Detective Conan. Vinsmoke Sanji is voiced by Hiroaki Hirata, who has previously worked on Saiyuki, Tiger & Bunny, Sword Art Online, Devil May Cry series, Space Brothers, Digimon Adventure, and Kaze no Yojimbo. Tony Tony Chopper is voiced by Ikue Ōtani, who has previously worked on the Pokemon series, Naruto, Corpse Party, and Cookie Run: Kingdom. Nico Robin is voiced by Yuriko Yamaguchi, who is well-known for his work on Her major roles include Ritsuko Akagi in Neon Genesis Evangelion, Nico Robin in One Piece, Sonia in Eureka Seven, and Nurse Joy in Pokémon. Franky is voiced by Kazuki Yao, who has worked in Clay Jankenman, Mobile Suit Gundam ZZ, Ninja Sentai, and Bastard!!: The Dark God of Destruction. Brook is voiced by Chō who has earlier worked in

Kengan Ashura, Listeners, Boruto: Naruto Next Generations, and Akudama Drive. Jimbei is voiced by Katsuhisa  Hōki, who has previously worked on Daisuke Gori, Mai no Mahō to Katei no Hi, Nurarihyon no Mago and The Devil Is a Part-Timer! Gordon is voiced by Kenjiro Tsuda, who has worked on Attack on Titan, Gangsta, Juushinki Pandora, and One-Punch Man. Romy is voiced by Chise Niitsu and last but not least Yorueka is voiced by Yuki Kaji.

MUST READ:  What Episode Does Ace Die? One Piece Episode Explained!