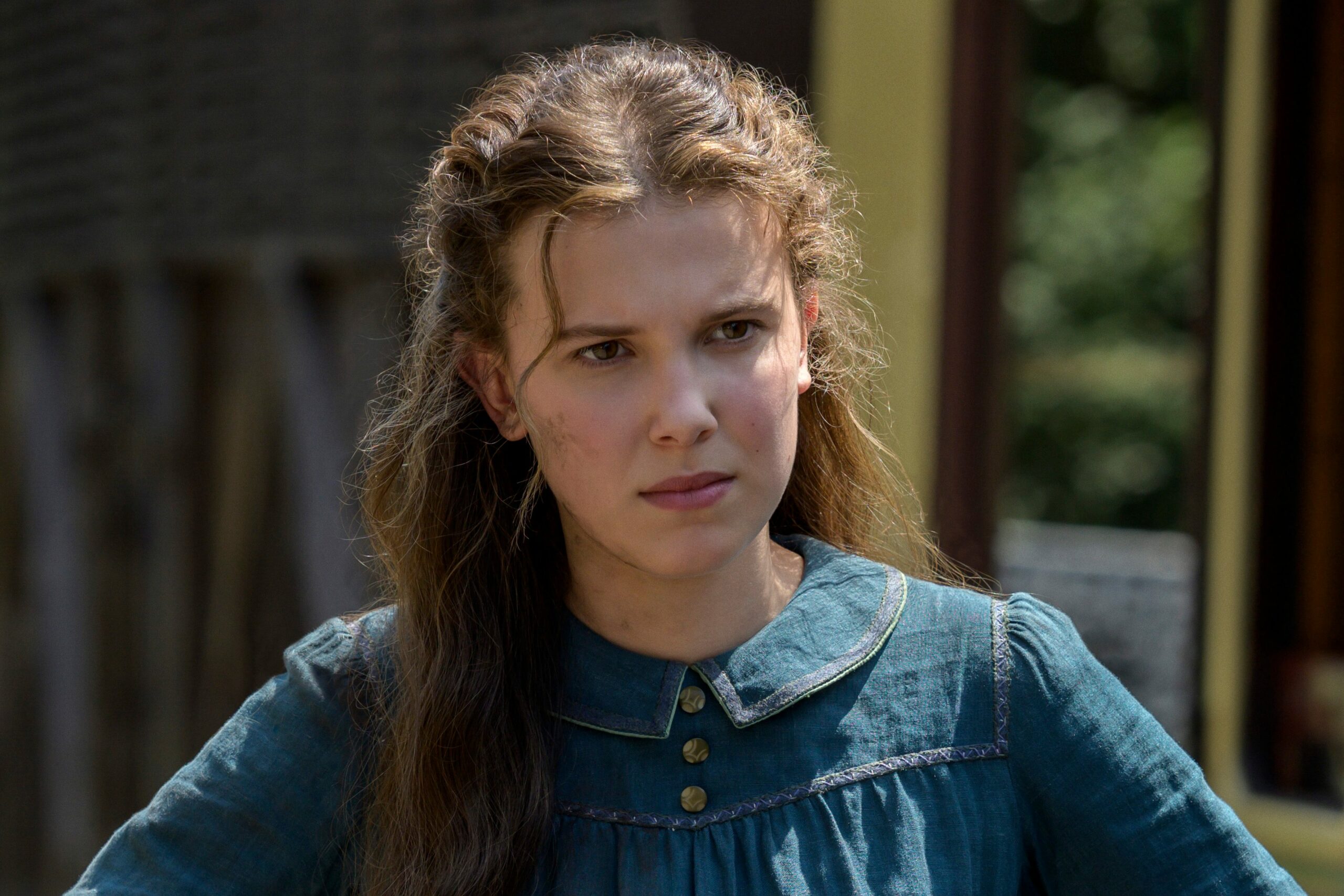 Constantly shadowed by her brother’s overbearing presence and the unacceptable societal norms, Enola decides to fight for herself and her dreams in the famous Enola Holmes series. It is a movie series that depicts the struggles a young female detective has to face, especially if her brother is the infamous Sherlock Holmes.

After the confirmation of season 2, the fans have their eyes set on the third part of this thriller series. Is it approved or have the makers decided to conclude this series with only two installments?

After approving the sequel to Enola Holmes, the third installment is highly awaited. Though the makers have not confirmed anything, Enola Holmes is a series that cannot end with just two parts to its name. The makers have expressed their desire to continue this series and let Enola be the next super-detective to emerge from the Holmes family.

Enola Holmes is a movie series adapted from Nancy Springer’s fantasy series “The Enola Holmes Mysteries”. This novel series proposed by Nancy has six books to its name so far. Since all the movies here are adaptations of the novel series, it is predicted that the third installment of this series will adapt the third novel of Nancy’s series.

FOR YOU: Hellhole 2 Release Date: Is Marek Dead? Will there be Hellhole 2?

Enola, with her strong personality and witty mind, doesn’t let this pressure affect her though. Living in the Victorian era where females don’t get to vote, Enola is out to establish herself as a detective and hopes to be as successful as her brother.

Like in the previous seasons, Enola will have to fight more battles, solve deadlier cases, and prove that she is as intuitive and skillful as her brother. Since the great mystery of Enola’s mother is not yet completely solved, it is predicted that this mystery will set the basis for the third movie of this thriller drama.

In the third Springer book, “The Case of the Bizarre Bouquets,” Sherlock’s right-hand man goes missing, and the intrigued Enola decides to help her brother find Dr. Watson. If the makers decide to adapt Springer’s third book, Enola might collaborate with her brother on this adventurous case.

In the third installment, Enola’s crush on Tewksbury might bloom into a beautiful love relationship. As the creators have stated, Enola Holmes 3 has a wide range of options to choose from, including feminist movements, black scientists, and underrepresented British figures.

Enola Holmes, the fearless girl who aspires to set foot in the adventurous detective world, will be played by Millie Bobby Brown. Enola is a young girl who is desperate to step out of societal restrictions and wants to follow in her brother’s footsteps. Despite the struggles that threaten her resolve, she is determined to establish herself as a detective.

Helena Bonham Carter will be playing Eudoria Holmes, the secretive mother of Enola and Sherlock. Eudora is as strong, intuitive, and smart as her children. She also has the same sixth sense that Holmes is famous for.

The Viscount, portrayed by Louis Partridge, is a man with a great number of enemies and the potential love interest of Enola. He is a young, aristocratic member who has powerful voting authority and is a firm believer in women’s empowerment.

READ THIS: Brightburn 2 Release Date: Are Directors Expanding The Universe?

Where to Watch Enola Holmes 3 Online?

Enola Holmes 3 will be available on Netflix soon. This entire movie franchise is exclusive to Netflix, and the makers have not hinted at changing that anytime soon.

Enola Holmes 1 is an adaptation of Nancy’s The Case of the Missing Marquess. In this movie, Enola meets Tewkesbury for the first time and discovers her detective skills. She was 16 when her mother left for town and has disappeared ever since.

Mycroft, Enola’s older brother and her guardian is a man with old narcissistic beliefs. He decides to send her out of town to finish school, and since Enola wants to find out her mother’s whereabouts, she runs away to London.

Tewkesbury is the Marquess who is running away from his family and has an enemy trying to kill him. When Enola meets him and the sparks start to fly, she decides that she cannot leave Tewkesbury alone and tries to help him.

Tewkesbury isn’t just a man she decides to help, she is the man Enola develops a crush on, and the thing about fate is that it never ceases to amaze anyone. While trying to help Tewkesbury, she discovers that the reason he is being hunted is that his vote on the reform bills could change London’s voting system forever. This bill is the exact reason Eudora goes AWOL and Enola gets closer to her mother.

In the end, Enola gets a brief visit from her mother, which sets the storyline for season 2. Eudora is a reformist working for the betterment of the feminist community. Tewkesbury was hunted down by a man appointed by his grandmother, who also killed Tewkesbury’s father for the sake of her old-fashioned beliefs. Tewkesbury and his father wished to alter male-dominated politics by granting women the same voting rights as men. This belief of theirs proved to be the biggest threat since the old Tewkesbury didn’t want their belief to turn into London’s reality.

The mother-daughter duo returns with an engaging thriller in the second installment of Enola Holmes. This movie is the adaptation of the second novel, “The Case of the Left-Handed Lady,” from Nancy’s famous novel series, “The Enola Holmes Mysteries.”

When Enola succeeds in solving her first-ever case in Tewkesbury, she decides to follow in Sherlock’s footsteps and establish her own detective agency. The Victorian era was an era of change, but it took a lot of time for people to adapt to that change. Enola was trying to establish herself in a male-dominated industry, and while Sherlock was supportive of her, there was little he could do to help her.

Eventually, Enola’s will starts to fall weak and she decides she can’t take the criticism anymore. When she starts to close her agency, she gets her first official case, and the journey from her cosy room to the matchstick factory starts.

This case of Enola is closely related to the Match Girls Strike. This series is highly inspirational and accurately depicts the struggles of working women. The struggles the female workers had to face were downright intolerable, but the need for money kept them going.

Enola lurks around dangerous topics like corruption and money laundering. She swims through the muddy industrial world and tries to find Bessie’s sister. While investigating this case, Enola learns a lot about detective skills and tricks. She also learns a lot about the racist society she lives in.

Though Sherlock is investigating his own case, he keeps an eye on Enola and her case. He keeps enunciating his worry for his little sister but never tries to stop her; his protectiveness never weighs her down. Mycroft, adhering to an old racist belief, never lets Enola pursue her dream. Sherlock is the opposite of Mycroft, and the bond between Enola and Sherlock is endearing, to say the least.

Tewkesbury and Enola’s love hasn’t bloomed completely, and Enola hasn’t achieved the success she dreams of. The Victorian era is laden with strikes, movements, protests, and people who made the era increasingly interesting. The makers could adapt any of the tropes and let Enola solve more mysteries in her endearing style. The third novel in Springer’s series, “The Case of the Bizarre Bouquets,” is also waiting to be adopted.

MUST READ: The Hunt Season 2 Release Date And All Other Updates!