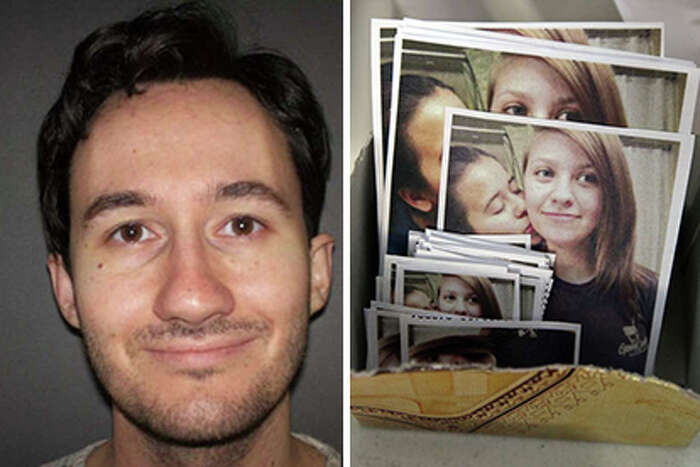 Mollie Olgin was a teenage girl who was around 19 years old. The information about her is very little on the internet but yet her parents haven’t spoken or said anything to the media overall. There has been silence for over a decade whereas Mollie Olgin’s girlfriend didn’t seem to sit quietly regarding this matter. However, the media managed to find a picture of Mollie Olgin and her siblings clicked together and posted on Facebook. Mollie has dated Kristine for four months and was open about their relationship in the public and in school as well.

Kristine Chapa hid her identity from everyone including her family but eventually when she started seeing Mollie she couldn’t hide it and wasn’t ashamed of it. Yet her family didn’t know about her gender and her dating life. Right after the incident, she was able to be herself and wouldn’t be ashamed of her gender in front of her family as well.

What Happened To Mollie Olgin?

The couple decided to spend the night by going to a movie which was dated 22nd June 2012. After spending the time at movies, Mollie wanted to show her lover the place she was baptized. But Kristine didn’t have a good feeling about walking down that area as it wasn’t a safe place to walk. She informed Mollie about it but yet she insisted on going to that place and showing it to her at any cost.

When the couple started walking less knowledge would they know that their lives were going to end with that walk? Mollie was sitting at the spot while Kristine was leaning and out of nowhere, a man took them down within seconds and duct-taped both of them. He raped Kristine and shot both Mollie and her at that moment and fled away.

Ms. Chapa remembers the last words they said to each other were “Are you okay?” and after that everything was a dark history. Mollie died during the whole mishap but Kristine managed to cling on to her life and struggled to push herself through her left side of the body couldn’t support her. Somehow she managed to stay on her breath throughout the night to the break of dawn.

MUST-READ| Where Did John Wayne Gacy Live? Is It Still There?

How Were Mollie And Kristine found? And By Who?

Finally, the birdwatchers figured out that the spot where Mollie and Kristine have had no birds and they came to rescue them.

She couldn’t talk, She couldn’t do anything. They had a notebook for her to write in because she was communicating with sign language, but no one could understand her. Her sister claims Kristine has informed her about the sexual attack as she was helping the officers get evidence to catch the person who caused this mishap. After the incident, her entire left side, including her face, was impacted. She can indeed move about now that she is awake, but she still finds it difficult to be out without anyone’s help. Both of her eyes have field cuts. She still struggles to ride her own vehicle since she is missing the necessary peripherals. Many things have changed after the incident, she finds it difficult to hear and definitely feels that she can’t fit into society all by herself and would need someone by her side at all times.

Kristine came back to the place after a decade and decided to share the tragedy with the public and never forget what exactly happened that night. She would have that tingling feeling in her stomach whenever she visits the place. This tragic incident took place in Portland, Texas. Birdwatchers particularly enjoy Violet Andrews Park, which is located on the shores of Corpus Christi Bay, but it was nighttime when they visited.

Who Was Mollie Olgin’s Killer?

While Kristene recovered physically, authorities detained David Strickland and accused him of capital murder and aggravated sexual assault. Strickland was found guilty and given a life sentence without the possibility of parole in 2016.

Kristene discovered love after experiencing loss. Alondra Nevares and she are currently engaged. Kristene savors each moment while her fiancé is by her side. Alondra and Kristene travel to the park where she lost part of herself a decade ago on special occasions.

Mollie’s parents are Mario and Maryel, there’s not much information about them on the internet apart from having access to the social media platform that is handled by them individually. The victim’s parents haven’t spoken much to the media for a decade, the public raises eyebrows because of their nonresponsive behavior. The pictures of Mollie and her siblings were posted on Facebook by her father, he mentioned Mollie as his angel in one of the interviews and said that she is in a better place.

MUST-READ| Was Billy Milligan Faking? Was He Really Suffering From The Disease?