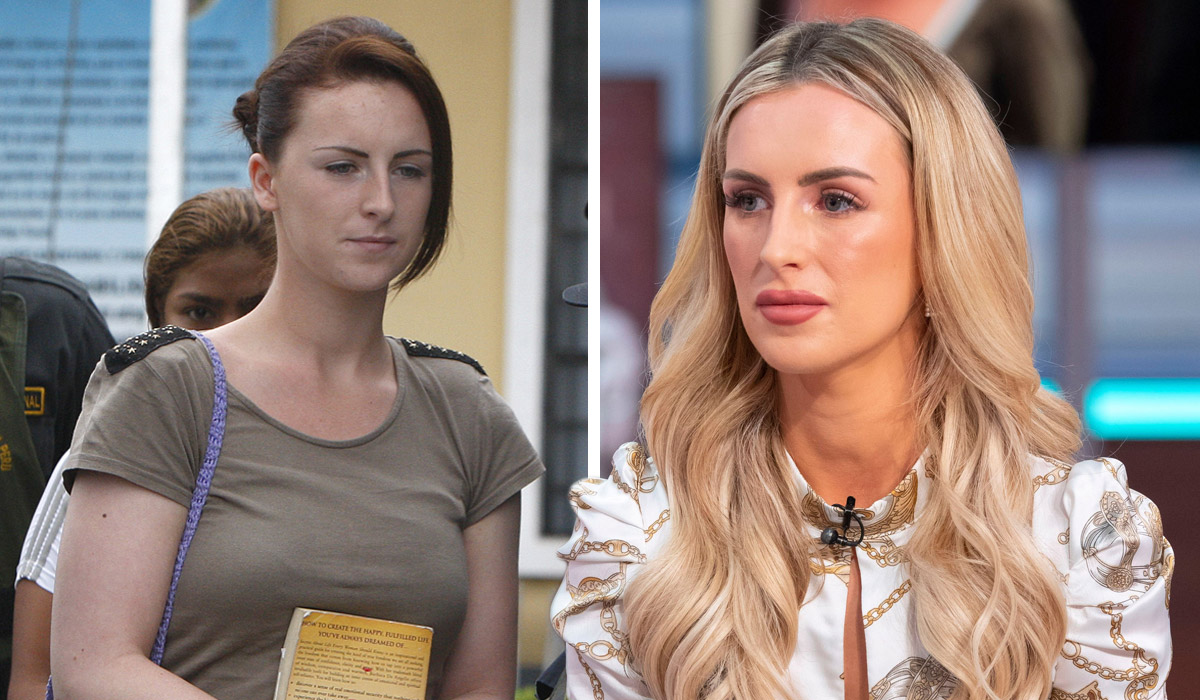 It has been more than a year since BBC released the documentary High: Confessions of an Ibiza Drug Mule which was about the infamous drug scandal also known as the ‘Peru Two’, nicknamed by our beloved media. The two names, Michaella McCollum and Melissa Reid once again caught on and netizens once again started discussing the scandalous affair, sharing their opinions, and searching for answers to various theories and assumptions. The documentary also raised a question in its viewer’s minds: Where is Michaella McCollum now?

Where Is Michaella McCollum Now?

The two (then teen) girls came under the spotlight in August 2013, when the pair was arrested in Peru at Jorge Chavez International Airport, Lima on suspicion of smuggling drugs internationally. They were caught with 11 kg of cocaine in their luggage which was worth around 1.5 million pounds. The duo also confessed that they were planning to smuggle the drugs from Peru to Spain. At first, they claimed that they had been taken hostage and were coerced into carrying the stash by some armed gangsters, although later on, they confessed that they had flown to Peru willingly.

McCollum had come to Ibiza to spend her first abroad holiday in July 2013. According to Melissa Reid, she met Michaella at a party on an island where they soon became acquaintances. The former was going through a ‘hard time’, admitting that she used to take drugs, including ketamine, cocaine, and ecstasy. On the other hand, Michaella admitted that she started taking drugs after she agreed to try and sneak them through security.

Both were sentenced to serve almost six and a half years in the Ancon 2 prison, starting on December 17, 2014. Reid was expelled in April 2016, after the Peruvian authorities agreed on her application for expulsion. Michaella fled to the UK on August 13, 2016, arriving at the Dublin airport in the Republic of Ireland after serving almost two years in prison, as she was freed on parole in March 2016, but was not allowed to leave Peru until the judge decided whether she could do so. All in all, one can say that since then, Michaella has been more ‘vocal’ about all of this while Melissa has kept a low profile.

ALSO READ: How Did Jeffrey Dahmer Die? Was He Killed By Someone?

How Did Media Cover The Whole Scandal?

Since then, the ‘Peru Two’ has been the subject of various documentaries and interviews including Channel 4’s documentary, Brits Behind Bars: Cocaine smugglers, which was released on October 10, 2015, and the controversial post-jail interview of McCollum with Raidió Teilifís Éireann (Radio and Television of Ireland), also known as RTE, in April 2016 which many people censured for its derogatory questions, such as whether Michaella knew her hairstyle became popular when she was about to go to prison for international drug smuggling.

What is Michaella McCollum Doing Now?

Michaella McCollum came to be known as one half of the ‘Peru Two’ and allegedly attracted more attention due to her hairstyle, which was a big bun tied at the top of her head. Reid, on the other hand, has since avoided any publicity, while McCollum has engaged in various media interviews. She has also written a book about her bumpy ride, known as ‘You’ll Never See Daylight Again’. Not to brag or anything, but she also has more than seventy-five thousand followers on Instagram. Now, which one of the Peru Two became the media’s favorite is a no-brainer. She also learned ‘beauty therapy’ along with her co-conspirator Reid and became a hairstylist.

Now, after everything that she has witnessed, including incarceration, violent and psychotic prison guards and inmates, and huge public attention, Michaella recalls her past story as something ‘which was a whole other life to which she can’t relate’. She admits that she regrets her past choices (which were her conscious decisions as no one forced her) and wishes she should have been more careful and alert, advising others not to believe or trust people too easily. She also acknowledges that it was hard to wrap her head around the fact that she was ‘pregnant’, and that she was in denial when she first found out about it. McCollum became pregnant in May 2018, following a short intimate relationship, which she announced on her social media.

Today, she is a 29-year-old single mother of twin boys, named Rio Addison and Rafael Genie, who are around six. Later, it was also made known that she had left their father’s name on their birth certificates, making him anonymous. After her release, she also pursued an educational degree. She posts pictures of herself and her sons from time to time on Instagram and according to her bio on the same, she works in ‘Network and Marketing’.

MUST-READ: Where Is Jeffery Dahmer’s Apartment? Is It Still There?